Lucas Matthysse to Manny Pacquiao: “I Will Defend My Title...

by raindeocampo 4 years ago4 years ago
101views
0

April 18 (Wednesday) – It was a confusing but historic moment in Philippine sports history as world boxing icon MANNY PACQUIAO hosted the launch of his very first international boxing event as a promoter and 69th career bout as a fighter.

The red carpet event and press launch was held at the City of Dreams Grand Ballroom where issued his challenge to Argentina’s number 1 fighter Lucas Martin Mattyhsse and his camp. Rank as number 11 in the world, 35 year -old Matthysse has an impressive record of 36 KOs out of his 39 Wins with only 4 Loses. 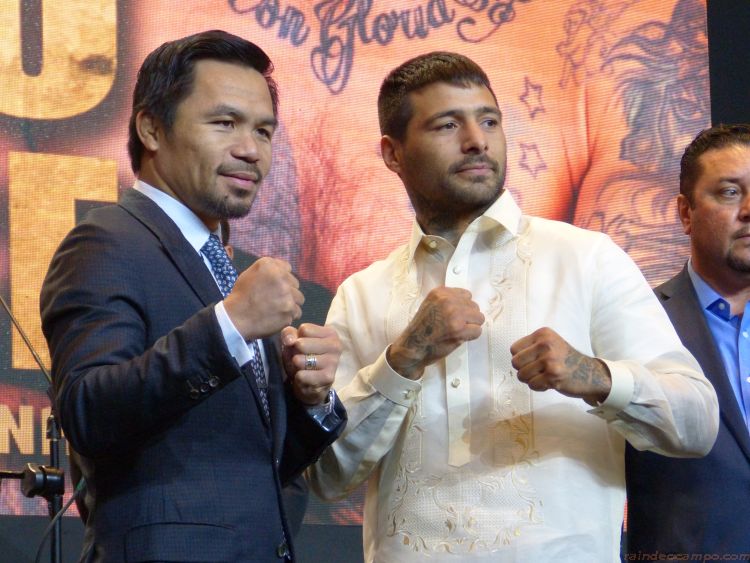 Pacquiao, ranked as number 3 in the boxing world, has won 59 out of his 68 career fights with 38 coming by way of knockout. Now 39 years old, the Pac Man of Sarangani Province has broken world records by being the only boxer in history to have won titles (10 world titles) in eight different weight divisions.

On the 15th of July and dubbed as the “Fight of Champions”, Pacquiao is scheduled to challenge Matthysse for his WBA Welterweight Title. The event will be held in the glitzy 16,000 seater Axiata Arena in Kuala Lumpur, Malaysia in commemoration of the 43rd anniversary of the Muhammad Ali-Joe Bugner fight in the country (July 1975).

If Pacquiao wins this fight, it will become his 11th world title. 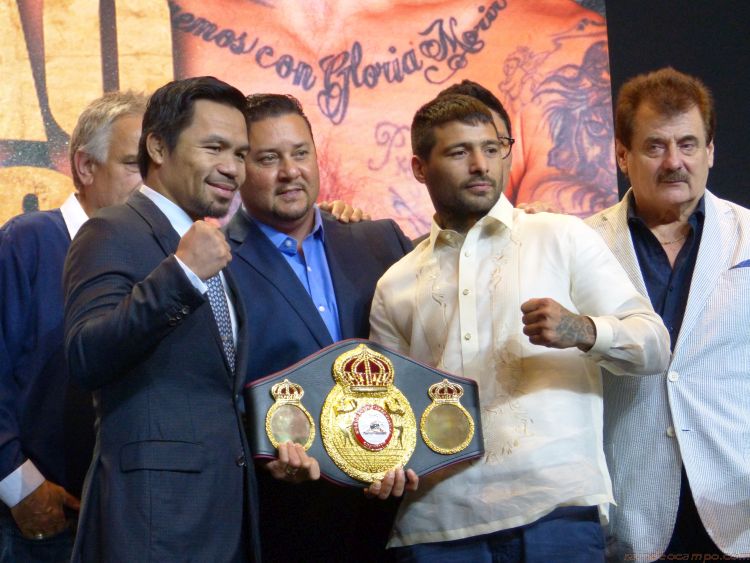 However, Lucas Martin Matthysse said during the presscon that he fought hard to get the WBA Title and that HE WILL DIE to defend it from anyone who would like to take it away from him. So it’s like saying that the only way Manny can win this fight honorably is by a KO. 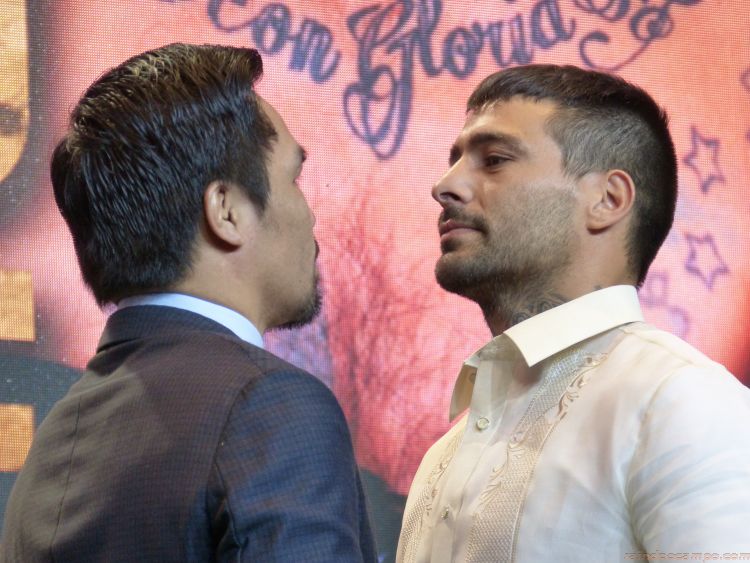 Mattysse added that while he commends the legacy of the Pac Man in the international boxing community, he believes that the Filipino fighter is already spent and that his time in boxing is now over.

Manny on the other hand stressed that the fight on July 15 will prove that he’s not done yet, that he’s still the best pound for pound boxer around, and that while he didn’t want to predict the outcome of the fight, he promised his fans that if there’s a chance to end the fight quickly – he will do it. 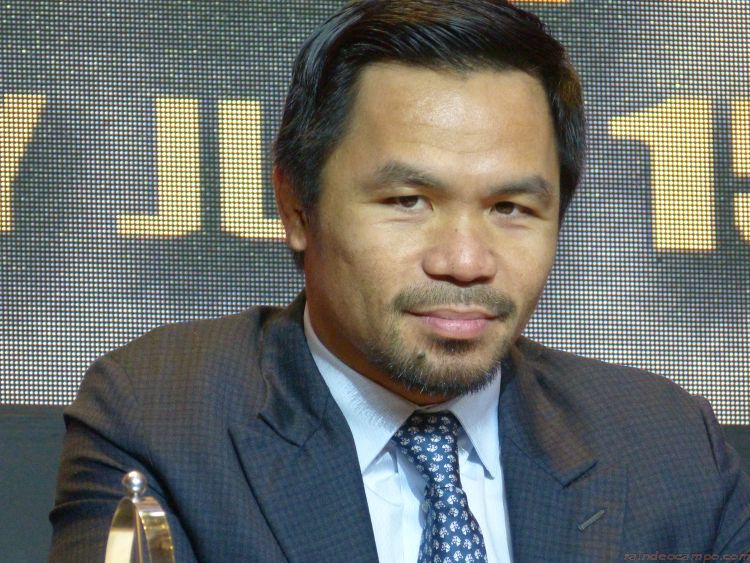 BOLD words from the two fighters that many boxing fans all over the world would like to see translated inside the ring.

The Matthysse camp last Wednesday included Golden Boy Promotions President Eric Gomez and Mattysse’s manager Mario Arano. Not present during the presscon is Matthysse’s trainer Joel Diaz who has also trained Timothy Bradle whom Pacquiao faced thrice in the past. 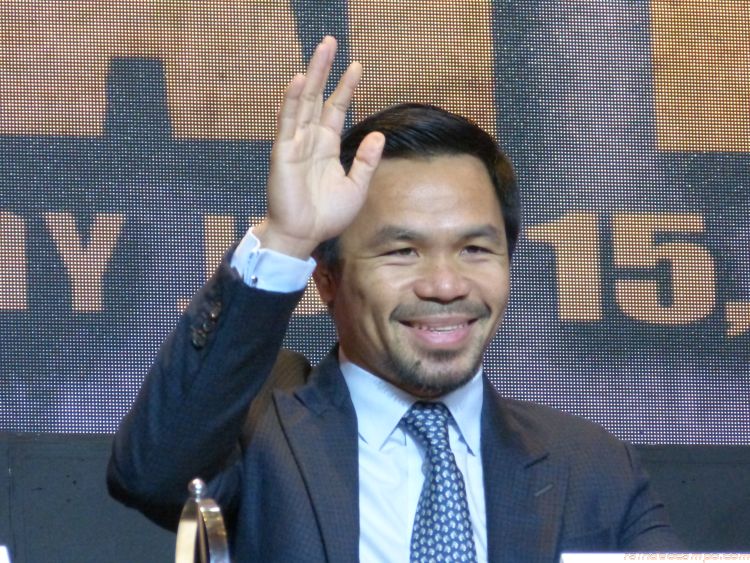 However, Manny did say during the conference that he’s still to make up his mind about taking long-time trainer Freddie Roach out of the loop. So there’s still a chance that we’ll see the American trainer back on Manny’s side for this fight or the next, but for now, Buboy Fernandez has already accepted the challenge of filling-in for Roach.

FIGHT OF CHAMPIONS will feature 8 undercard events including world title fights between:

As a promoter, Manny said that his goal is to promote boxing in the whole Asian region – to bring out the best fighters and give them a shot in the world boxing scene. If all goes well, his “goal” might be the Filipino sports icon’s biggest legacy in boxing.

As a fighter, his dream is to schedule a fight here in the Philippines – his last fight in Manila was in 2006 against Oscar Larios. 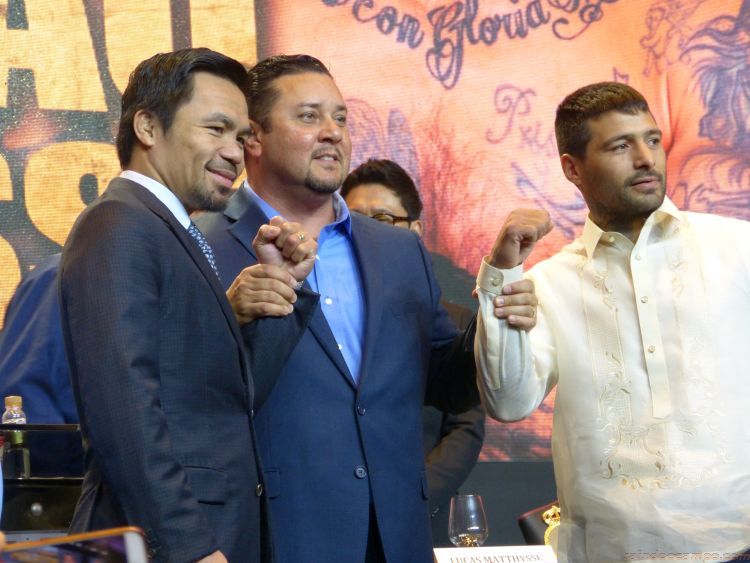 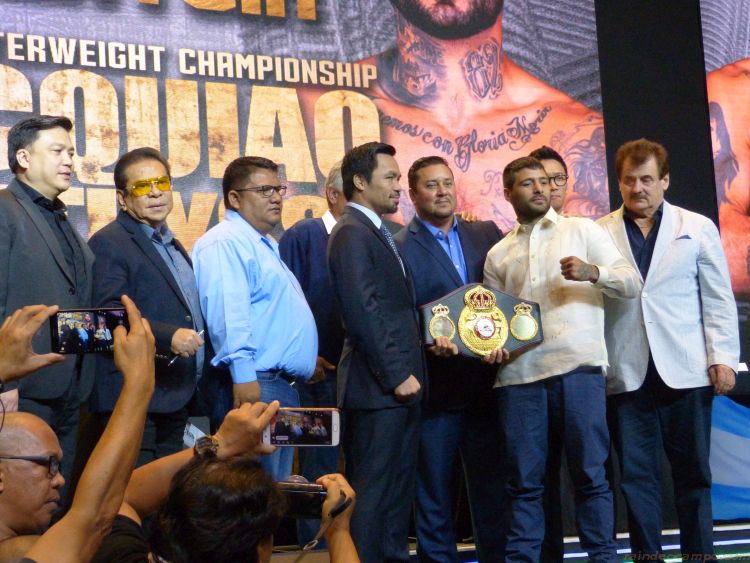 The FIGHT OF CHAMPIONS in Kuala Lumpur, Malaysia between Manny Pacquiao and Lucas Mattysse is now officially on! July 15 (Manila Time).

The grand media launch at City of Dreams was hosted by KC Montero and Dyan Castillejo. 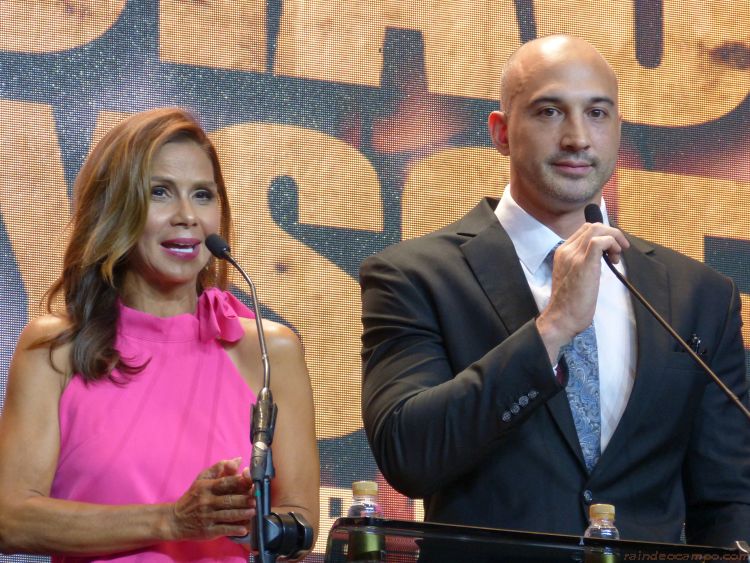