7 Books About Plagues and Pandemics You Should Read

Pandemics and viral outbreaks have been topics of many fictional and non-fictional works. With many resorting to reading to understand how pandemics work, and to keep boredom at bay, apocalyptic classics and contemporary works on pandemics have been explored.

If you are in need of educational entertainment while you’re at home, here are seven books about plagues and pandemics worth the read.

The Plague by Albert Camus 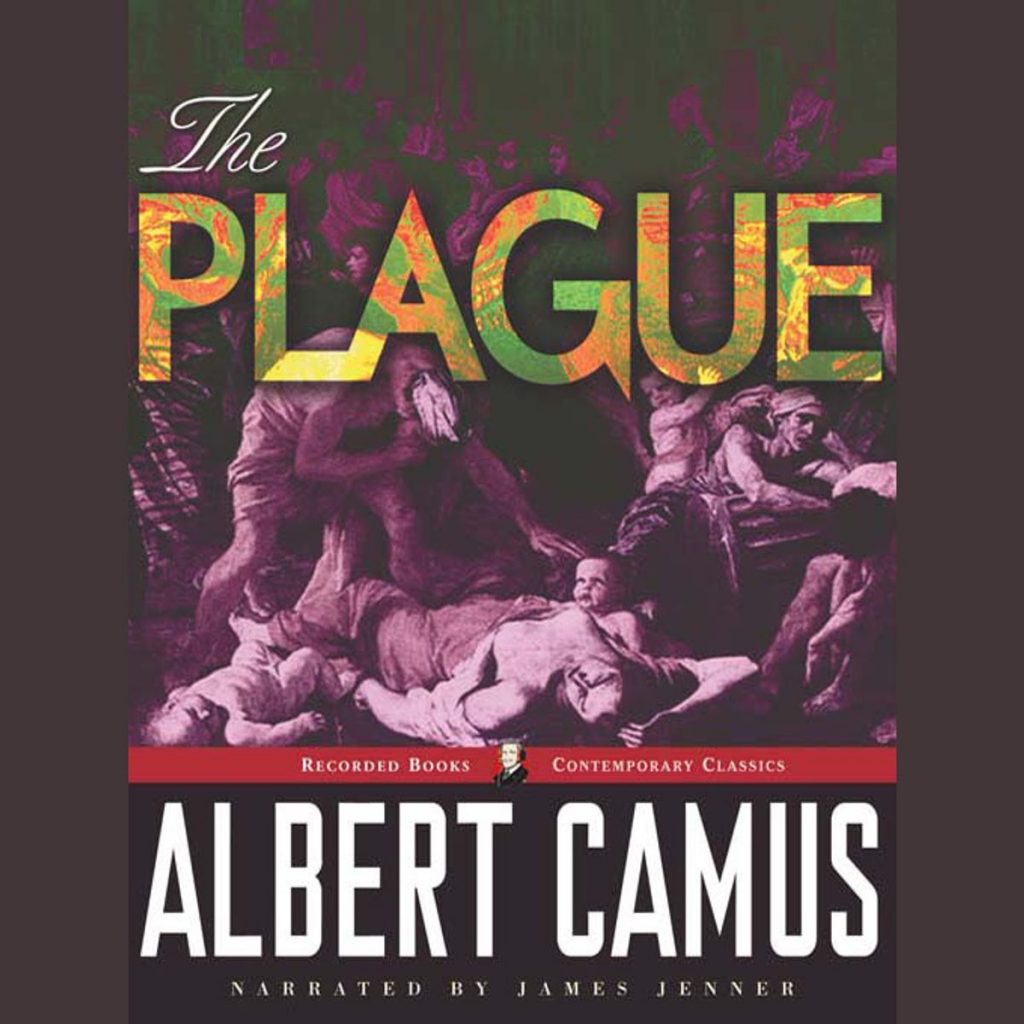 First published in 1947, The Plague tells the story of Oran, a coastal city in Algeria that was swept by the bubonic plague. The protagonist, Dr. Bernard Rieux, consults his colleague regarding the unusual death of his apartment building’s concierge, which was caused by a fever. While they conclude that there is a plague, Rieux’s fellow doctors dismiss their claims, unaware that an epidemic has already swept through Oran. And just like the ongoing COVID-19 pandemic, the city was sealed off, all forms of travel were restricted, and people were prompted to stay in their homes.

Although the plot explicitly talks about how the bubonic plague decimated a city, experts say that The Plague is an allegory for the horrors of fascism and the sufferings inflicted by the Nazis. Just like COVID-19, the pandemic didn’t just kill many, but it has also exposed many evil intentions of humans towards others.

Influenza: The Hundred-Year Hunt to Cure the Deadliest Disease in History by Dr. Jeremy Brown 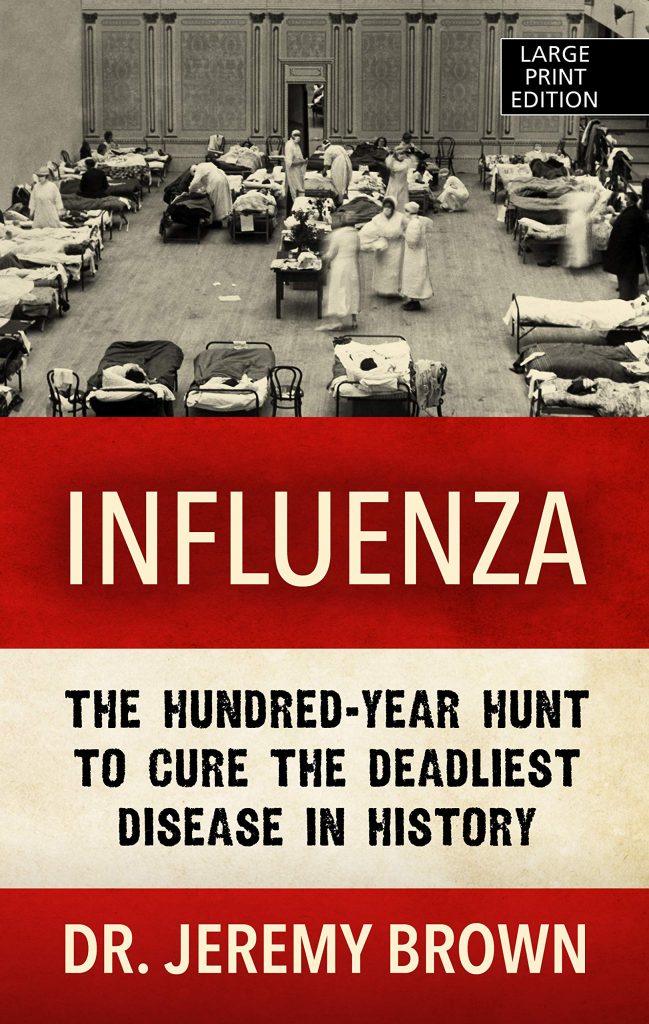 If you are looking for something historic, this non-fiction expounds how the Spanish Influenza pandemic of 1918 began and what made it so fatal at that time. Through research and inspecting the frozen bodies of the 1918 flu pandemic, Dr. Jeremy Brown talks about how digging into the pandemic’s past and the bizarre ways of treating the disease will help researchers to solve the mysteries that could protect mankind from future outbreaks.

The book also talks about the controversies of vaccines, which mirror one of the issues of the COVID-19 pandemic. This is, perhaps, the perfect book for you to read while you enjoy a warm drink in your balcony or in an outdoor lounge area in your community. 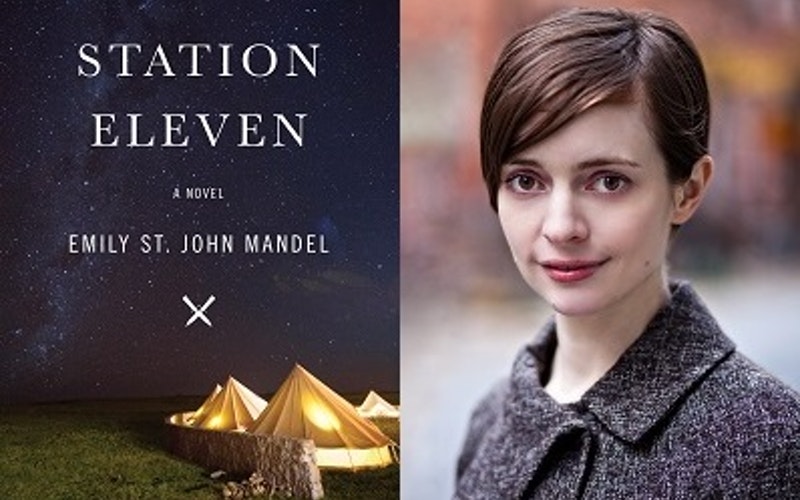 Station Eleven was published in 2014 and is about how a fictional swine flu pandemic called “Georgia Flu” affected the Great Lakes region of North America. Starting out as an epidemic, the Georgia Flu eventually spread throughout the world and killed 99 percent of humanity, leaving a few survivors behind.

Station Eleven is a novel about how human beings are resilient and will continue to thrive amidst adversity. The novel also talks about how the survivors in the story, called the Travelling Troupe, continue to perform and keep art alive despite civilization being wiped out.

Oryx and Crake by Margaret Atwood 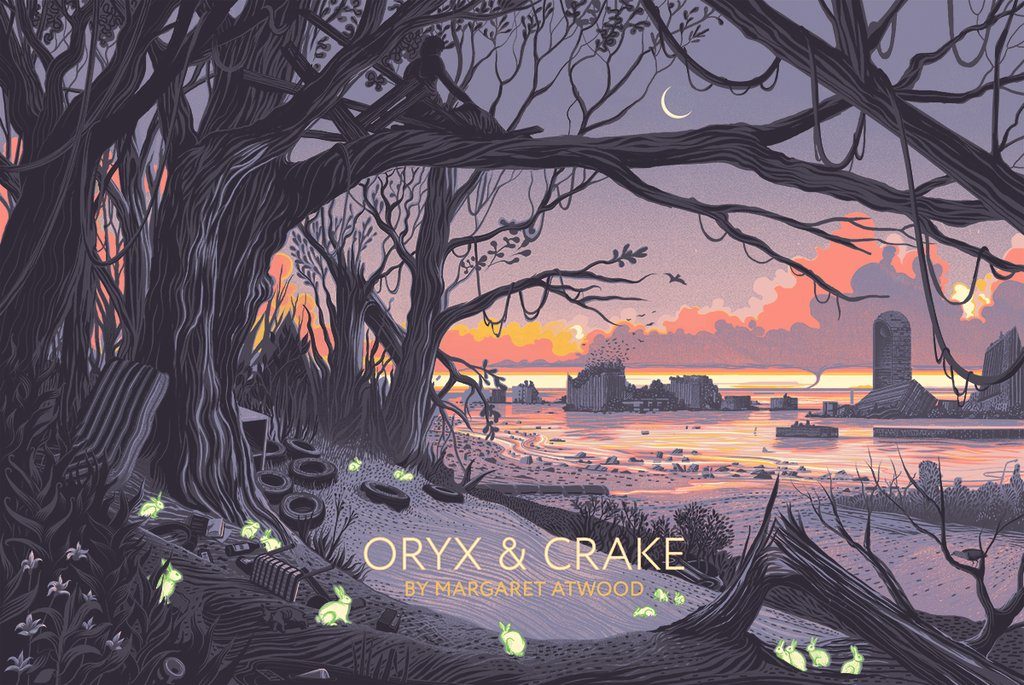 Oryx and Crake is the first book of Atwood’s MaddAddam trilogy. The plot is about the protagonist’s recollection of his past with a childhood friend who aims to rid the earth of Homo Sapiens and replace them with a friendlier version. This plan worked at the beginning until it caused a global pandemic that wiped out humanity.

This novel talks about the dangers of genetic engineering and utilizing biological warfare to create a “better and less destructive world.” What makes Oryx and Crake more haunting is that the novel’s events took place after it was published in 2003. It is like a cautionary tale of how modern technology and experiments can bring forth the destruction of humanity.

The Last Man by Mary Shelley 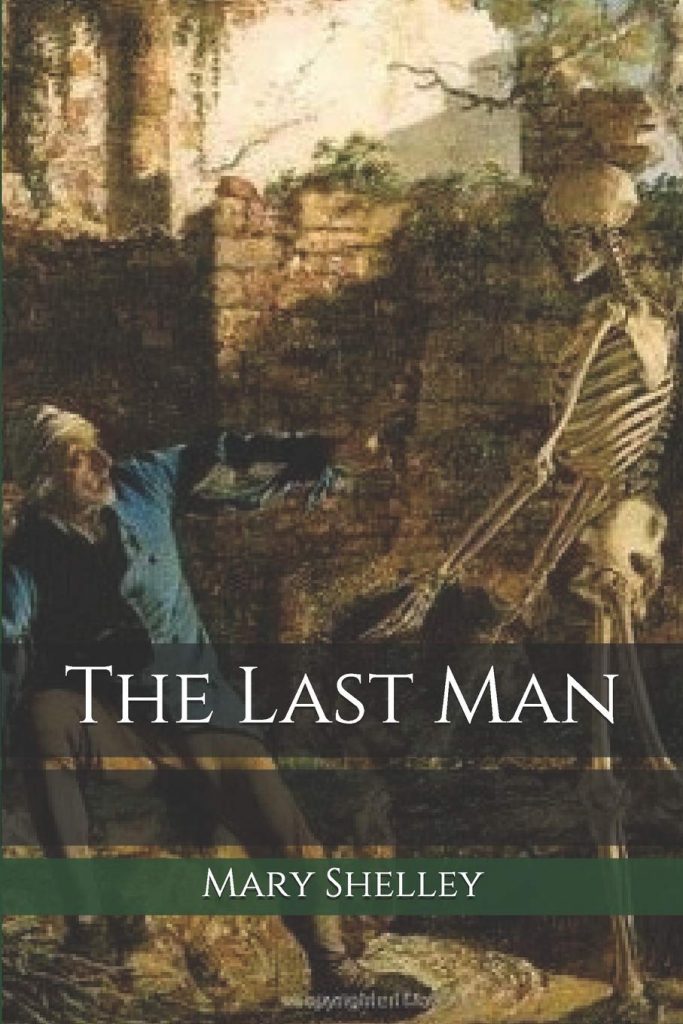 Written by the acclaimed author of ‘Frankenstein,’ The Last Man is a post-apocalyptic novel about Lionel Verney and his adventures before he becomes the only man who survived an unknown plague that ravaged the Earth in Shelley’s vision of the 21st century. Critics say that Shelley wrote The Last Man as her eulogy to her fellow authors, namely John Keats, Lord Byron, and her beloved husband Percy Brysshe Shelley.

While Shelley finished writing The Last Man in 1826, the events in the novel span from 2073 up to 2100. Imagine being Lionel Verney, the only person surviving on Earth, watching his once-lively city fall deafeningly silent. You might consider living the rest of your life to the fullest while you explore the outlines of high-rises like Grass Residences in the city, and wonder if there will still be a rebirth of humanity.

The Hot Zone: The Terrifying True Story of the Origins of the Ebola Virus by Richard Preston 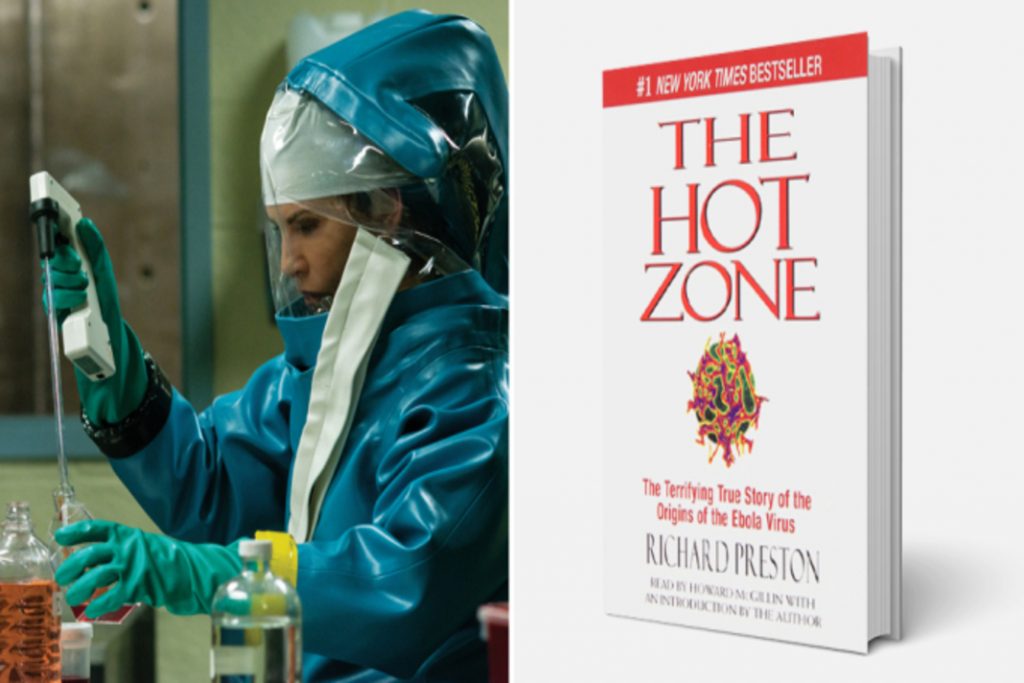 This 1994-bestselling non-fiction thriller talks about the terrifying origins of the Ebola virus and how it heavily infected the areas of Reston, Virginia and Washington D.C. One major plot in the book is the importation of 100 African monkeys to Reston, Virginia, 29 of which ended up dying. It is then discovered that the dead monkeys were carriers of the deadly Ebola virus which eventually led to the Reston virus outbreak of 1990.

The Hot Zone somehow mirrors the events of the current COVID-19 crisis, in the sense that many from the scientific and medical field have sacrificed themselves to produce a cure for the pandemic.

Typhoid Mary: Captive to the Public’s Health by Judith Leavitt 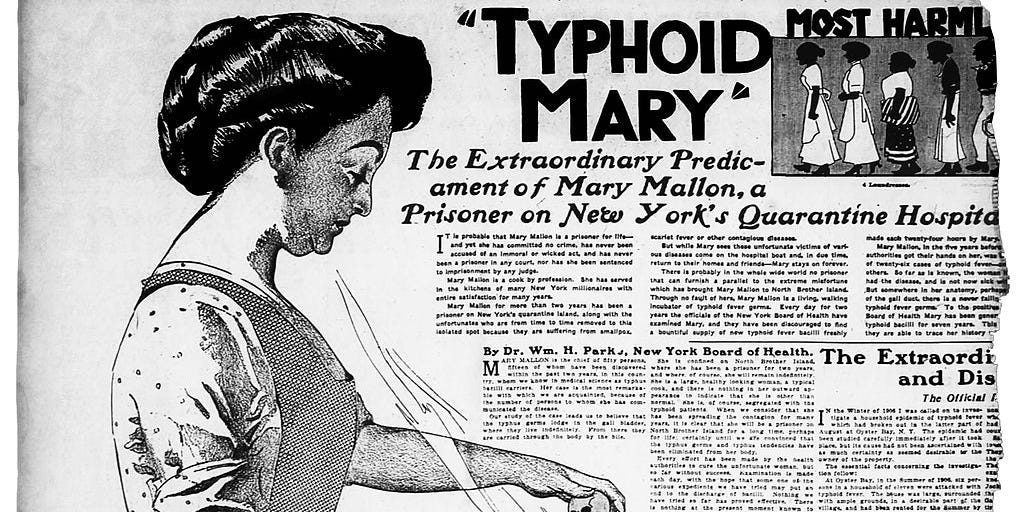 In this biography-like book, historian Judith Leavitt explores the story of Mary Mallon, an Irish immigrant cook who infected over 20 New Yorkers with typhoid fever through her puddings and cakes. Typhoid Mary showed no symptoms of the fever, which is similar to many asymptomatic COVID-19 patients who unknowingly spread the disease in their homes and offices.

The account of Typhoid Mary highlights the importance of protecting the public’s health and imposing quarantine to prevent catching the disease, and isolating yourself from others in case you think you have symptoms.

It is uncertain when the pandemic will cease and if the new normal will forever be our normal. While waiting for the vaccine against the coronavirus, take time to know more about pandemics through these great works of fiction and non-fiction.