I have listened to it over and over again, Sandalan is a potential ear bug that will definitely pleased a lot of 90s grunge fans – a mid-tempo rock song reminiscent of an era that gave birth to the wave of Pinoy Rock artists of the 90s and 2000.

This rock ballad has a deep female vocal running through a solid bedrock of drums, electric bass guitar, and an electric guitar that seems to be exchanging emotionally charged words with the singer. If one listens closely, you can hear a bit of Alice In Chains, Sound Garden and Pearl Jam in the melody.

Written by Yugel Losorata, veteran music scribe, bass player and chief songwriter for the band The Pub Forties. Yugel is also one part of the Pinoy Rock band SYATO who made their mainstream music debut in 2005.

Interestingly, the instrumentalists in the song SANDALAN are all, technically, past members of the band Syato, including Yugel himself who played bass.

He wrote the piece some six years ago and shelved it after realizing no one is around to sing the track the way he hears it in his head.

According to Yugel, he was involved in a band project and asked to write a song to be sung by a millennial girl. The plan didn’t push through but he did pen one, which he personally wrote to cheer his wife who was dealing with a personal problem at the time. 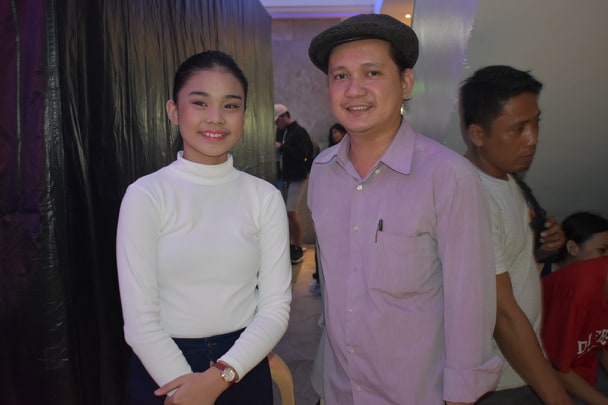 Last year Yugel saw Angel Andal, a three-seat turner who joined Team Sarah G in The Voice Kids Philippines Season 4. Angel sang as a contest piece her take of Mon Del Rosario’s “Sino Ang Baliw.” And at that moment, he saw in the young singer something like a long-lost package that was delivered back to the rightful owner.

Yugel happened to know the girl’s parents and months later decided to contact them and send the demo of the song. And the rest as they say is history.

Just a day after “Sandalan” was released in digital stores, Angel Andal was hailed as the Fastest Rising Pop Rock Princess with a certificate of recognition from the Social Media Artist of the Philippines (S.M.A.P). At that event held in Farmers Plaza in Cubao she debuted live “Sandalan” in front of a stunned audience.

It meant so much for the parents of young singer and The Voice Kids semifinalist Angel Andal that she was able to wrap up the vocal recording of a song destined to be her debut digital single a full month before COVID-19 took over and disrupted almost everything. The track “Sandalan” came out in digital stores in late February and landed on Spotify’s New Music Friday shortlist.

The song’s nod to the power of true love as a source of strength is home run for every family clinging to each other especially in this time of enhance community quarantine caused by the novel coronavirus pandemic.

Here’s the live and acoustic version with Angel Andal and Yugel: