Sunshine Cruz Goes Back to Sensual and Daring Scenes in...

by raindeocampo 2 years ago2 years ago
1.8kviews
-1

Dubbed as the “50 Shades of Grey” movie of the Philippines, MALAMAYA will bring back the sexy charm of Sunshine Cruz to the big screen.

Directed by Danica Sta. Lucia and Leilani Chavez, MALAMAYA is said to take viewers on a sensual journey that will explore the gray areas of love and relationship, sexual politics, inter-generational dynamics and creative ownership.

MALAMAYA, is after all, the tagalog term for the color of ash or gray. 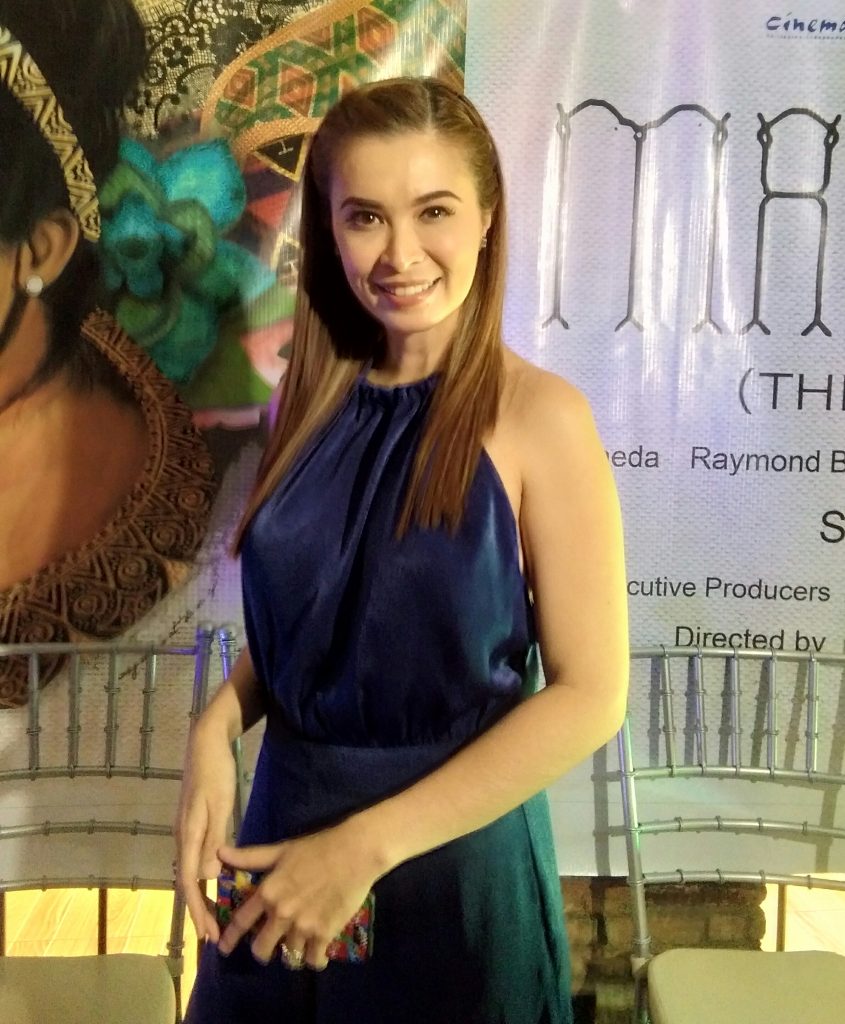 Sunshine will play the role of Nora, a 45-year old unmarried visual artist who discovers a passionate love affair that will turn her dull and uninspired life into a colorful and unpredictable sexual adventure.

“Whatever they (the directors) asked me to do, I willingly did it because I know that I will be taken cared of,” said Sunshine Cruz in an interview. “Dati nga hindi ako nag-iinarte. Ngayon pa ba?”

Sunshine said that her scenes in MALAMAYA are very sensual but are far different from the spicy and bold movies that she did in the past.

Joining Sunshine in the movie is Enzo Pineda playing the role of Migs, a young upcoming photographer who will be the object of Nora’s newfound inspiration. 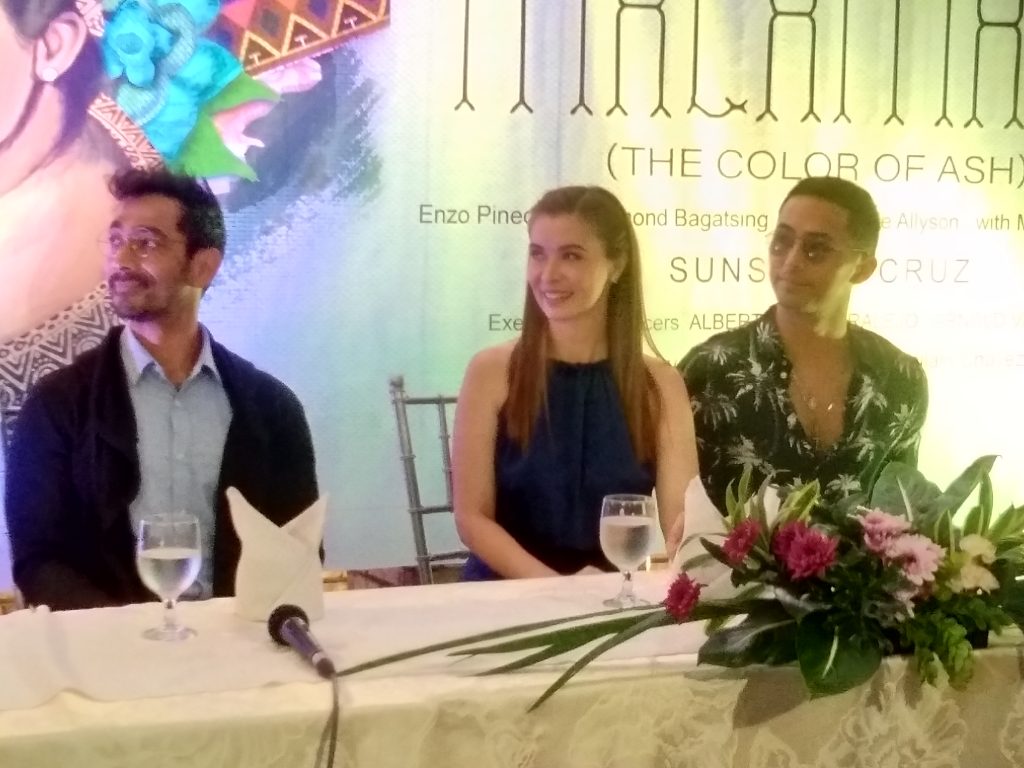 28-year old Enzo Pineda said that he daringly went out of his comfort zone in MALAMAYA.

MALAMAYA is also a dream come true for Enzo who wished for a Cinemalaya film project this year.

“I admit that I am not the best actor in the industry but I really love acting, I want to grow as an actor, and that’s the reason why I really sought out this role,” he added.

There are so much revelations in this film especially with Enzo Pineda who showed a lot of skin for the first time highlighted by a freshly worked-out butt.

Sunshine, of course, will not go unnoticed. I have seen the ungraded trailer and it’s a real feast for the senses.

According to MALAMAYA directors Sta. Lucia and Chavez, while the film has an uncanny resemblance to Glorious, the movie is incomparable to it story-wise. The story and film was actually conceptualized even before the release of Glorious.

Also in the film are Raymond Bagatsing who plays the role of Jim, a potter who is in an undefined relationship with Nora (Sunshine) and Bernadette Allyson as Alice, Nora’s university professor friend.

Fresh from the roaring success of “Quezon’s Game”, Raymond said that saying YES to MALAMAYA is very easy especially after learning about the unique color-grading technique that the directors will employ to express the many different emotions of Nora during the whole film.

“I would very much want to be part of a film project like Malamaya even in a support role.” Raymond explained. 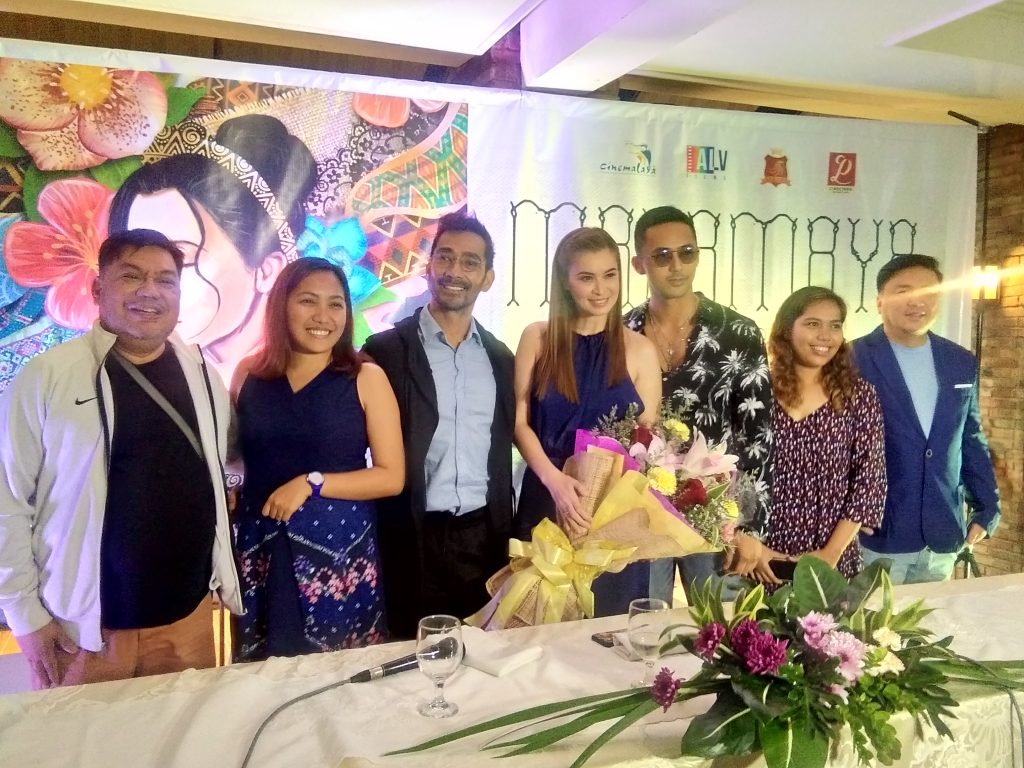 MALAMAYA is produced by Spears Films, ALV Films and Cine Likha and is an official entry to the 15th Cinemalaya Film Festival scheduled from August 12 to 13 at the Cultural Center of the Philippines and selected cinemas nationwide beginning August 14.