The 7 Most Visited Churches in Metro Manila During The...

by raindeocampo 2 years ago2 years ago
184views
0

Catholics usually visit 7 churches to pray, reflect, and honor the Blessed Sacrament during the Holy Week – this tradition is called Visita Iglesia. The visiting of churches is done to commemorate the suffering of Christ, as well as to meditate and ask for penance.

Here are churches within the Metro which you can visit this Holy Week:

Start your journey in one of the oldest churches in Manila. Binondo Church is also known as Minor Basilica of Saint Lorenzo Ruiz and Our Lady of the Most Holy Rosary Parish. It was built by the Dominicans and is located in Binondo, Manila. It became a place of worship to converted Chinese Christians back in the day when the trade between Chinese and Filipinos started to increase. Today, a number of Binondo dwellers and curious tourists still visit the parish.

Quiapo Church, also known as Minor Basilica of the Black Nazarene, is one of the most famous basilicas in the Philippines. It is because of the said-to-be miraculous sculpture of the Black Nazarene which was carved in Mexico and was burned on its way to the Philippines. Large numbers of devotees visit every Friday, edging their knees forward to the sculpture to ask for miracle and or forgiveness.

The Baclaran Church is also known as the National Shrine of Our Mother of Perpetual Help is one of the largest Marian churches in the Philippines. The shrine was established by Redemptionists when they began the novena in 1948. At first, only 70 people attended the novena, but after several sessions, the attendees doubled, and is now reaching thousands of devotees. Today, the church serves as home to many Marian devotees.

San Agustin Church is one of the two religious sites inside the walled city of Intramuros, and is the Philippines’ oldest church. Built by the Augustinians, the structure was modeled after beautiful temples in Mexico. It boasts a grandeur in architecture, very rich and grounded to the Spanish colonial history. The building has its own museum inside, which features great artifacts about the Philippines’ cultural heritage.

Manila Cathedral is a neighboring church to the San Agustin Church inside Intramuros, and is dedicated to the Immaculate Conception or the Virgin Mary. Initially built as a simple parish back in 1571, it received multiple reconstructions after several calamities hit the city. The cathedral was then upgraded with LED lighting, advanced sound system, and carbon-retrofitted structural foundations which add a modern detail to its beautiful Roman stone facade.

Last but not the least is Malate Church, also known as Our Lady of Remedies Parish. It follows a Baroque style of architecture and houses a statue that travelled from Spain– it is of Nuestra Señora de los Remedios, the patroness of childbirth. The small but beautiful house of prayer is also strategically located in front of Plaza Rajah Sulayman and Manila Bay.

After a long day of Church hopping and driving around Manila, have a quick stopover and unwind at Century Park Hotel. Grab a soft and fluffy bibingka and hot chocolate at Cafe in the Park before heading back home. 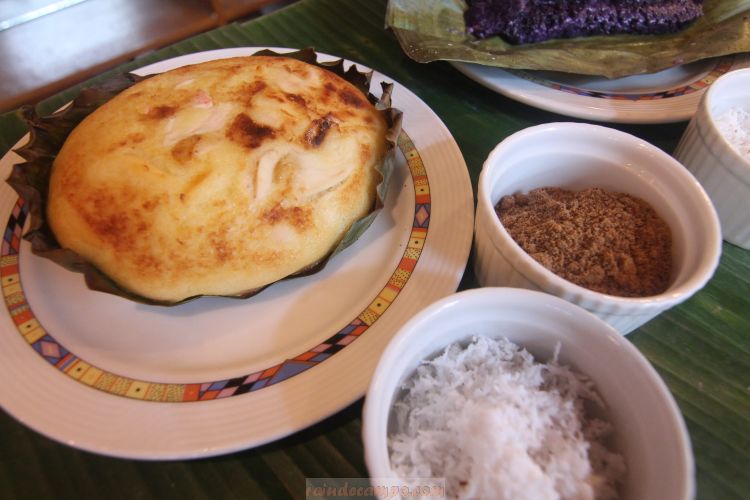 Launched in 1976, the Century Park Hotel remains as one of the finest hotels in Manila. It is owned and operated by Maranaw Hotels and Resort Corporation and enjoys a mix of local and international patrons. The renowned establishment has over 500 rooms in varied types and facilities for a complete dining and leisure experience.