by raindeocampo 5 years ago5 years ago
150views
0

After months of preparation and with the help of his FWD Philippines squad, multi-athlete cancer survivor LOUIE SANGALANG is now all set to fly to the North Pole for the greatest race of his life!

On the 9th of April, Louie will be joining ten (10) other FWD-sponsored runners from Hong Kong, Indonesia, Singapore, Vietnam, and Japan to compose FWD Team Asia who will compete with other runners from all over the globe in one of the most grueling marathon ever. 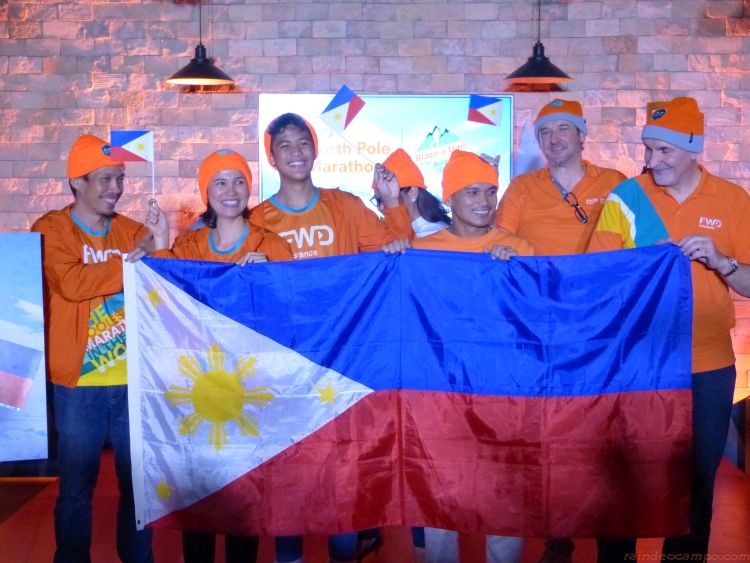 The FWD North Pole Marathon is recognized by the Association of International Marathons & Distance Races (AIMS) and is the only certified marathon that is run entirely on the frozen water of the Arctic Ocean.

The FWD North Pole Marathon runners, hailing from all over the globe, will be running on ice sheet measuring 6 to 12 feet thick which is above 12,000 feet of Arctic Ocean, literally on top of the world. They will be traversing a 42-kilometer path with an average temperature of negative 30 degrees centigrade, even going as low as negative 40 degrees centigrade at times. The marathon is unique because it is run on a small 4.22-kilometer (2.62-mile) loop about 10 times, over hard snow or ice.

To prepare for the race, Louie has joined various local marathons to keep his body in top physical shape. To enable his body to adjust to the extreme cold weather, he has continuously trained inside an industrial freezer with a temperature that mimics that of the negative 30-degree centigrade temperature in the North Pole. 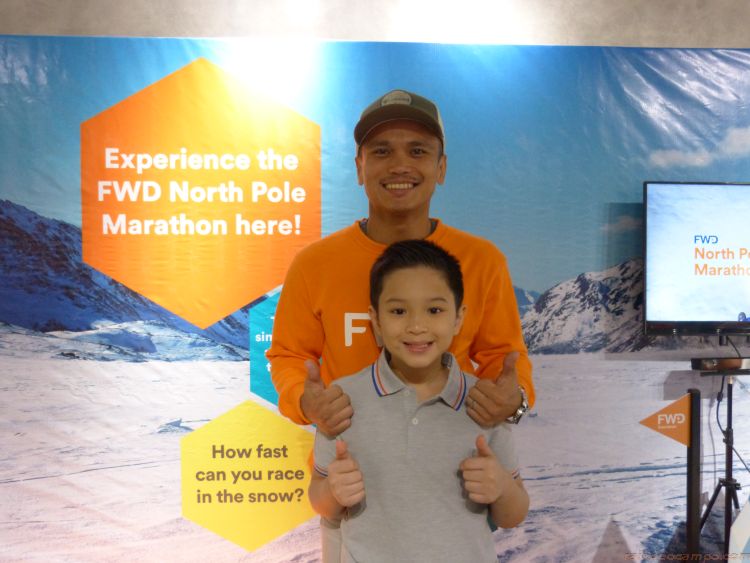 Louie says the support given by “The FWD Squad” helped him in preparing for the FWD North Pole Marathon. Triathlon coach Ani De Leon-Brown as well as Sangalang’s running coach Ige Lopez provided the athletic training and guidance. Romi Garduce, the first and only Filipino to have completed the Seven Summits in 2012, gave valuable advice on how to survive the extreme cold. 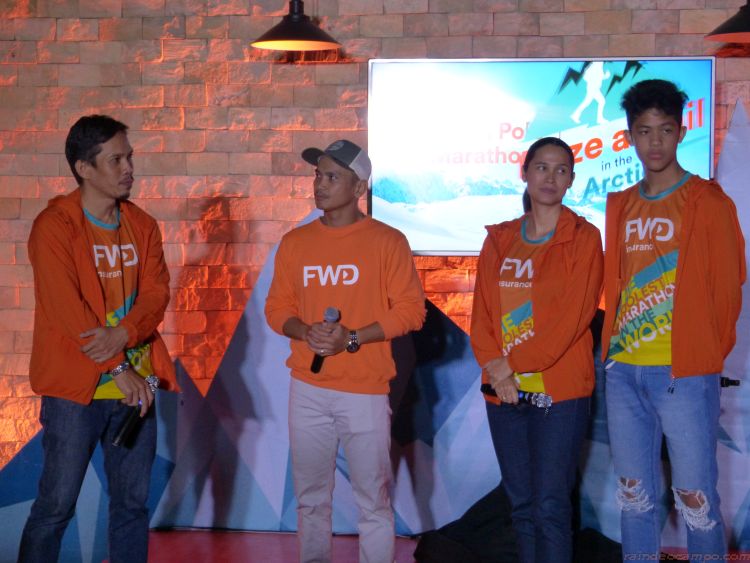 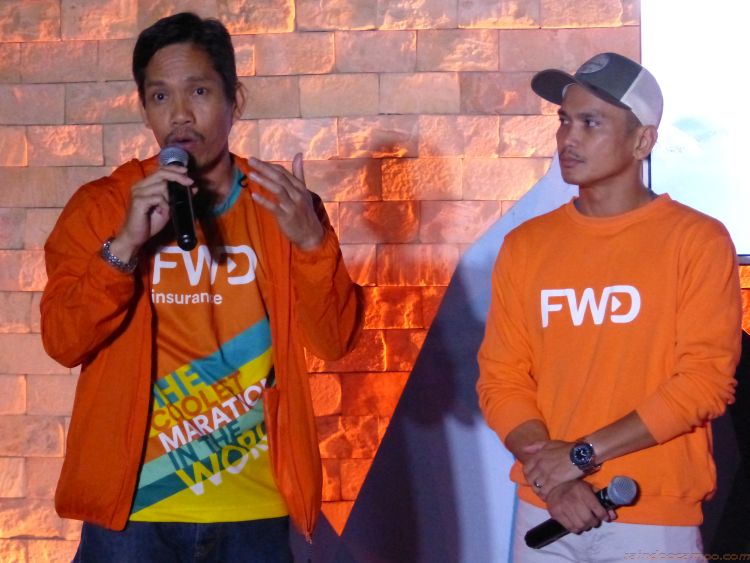 Other members of the Squad include celebrity mom Maricel Laxa-Pangilinan and son Benjamin, who gave motivational support for Sangalang, and radio DJ and host Sam YG, who joined Sangalang in his rigorous training sessions. 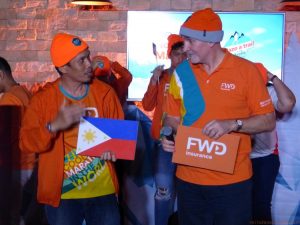 According to FWD Life Philippines President and Chief Executive Peter Grimes, Sangalang’s resilience in overcoming different challenges is one trait that resonates well in Filipinos and this made him the perfect choice to represent the Philippines in the marathon.

“Louie’s inspiring story of being a cancer survivor and his passion for fitness, which he uses to inspire Filipinos to live an active lifestyle, also best represent what FWD stands for: embracing the opportunities in your life without hesitation,” said Grimes.

Apart from Louie, FWD is also sponsoring runners who have their own life challenges but are pursuing the FWD North Pole Marathon experience nonetheless. Representing Singapore and Hong Kong, respectively, are para-athlete Shariff Abdullah, dubbed as Singapore Blade Runner, and the visually impaired Leung Siu Wai. 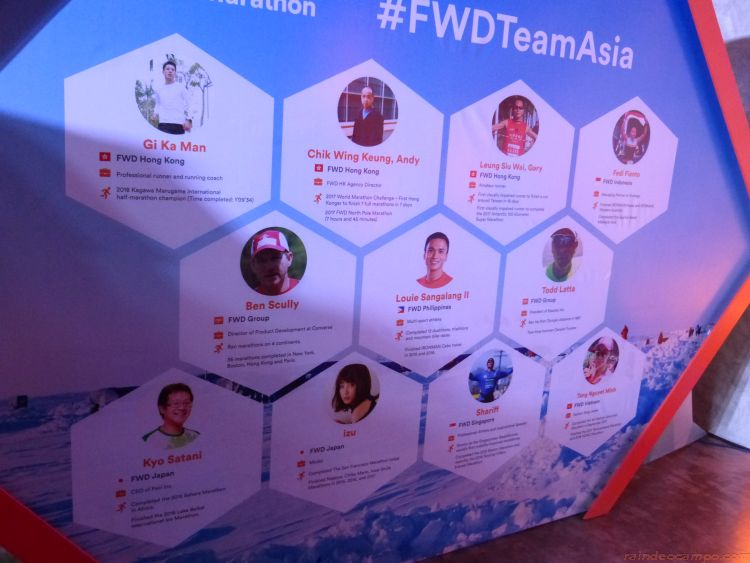 Here are some of the photos from during the event:

This is the second year that FWD has sponsored the North Pole Marathon. 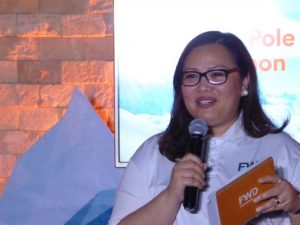 “FWD saw the North Pole Marathon as a unique and important platform to communicate the idea that everyone should live life to the fullest, stay true to their passion, and not give up their goals, because FWD will always have their back!”