by raindeocampo 3 years ago3 years ago
408views
0

“A room without books is like a body without soul.” – Cicero

I recently asked a question about how relevant or popular a printed book is today in the online age where both young and old can easily just go to a search engine on a mobile device and find whatever it is they’re looking for.

The most meaningful answer that I got was from Gigo Alampay, the Founder and Executive Director of the Center for Art, New Ventures & Sustainable Development or CANVAS. 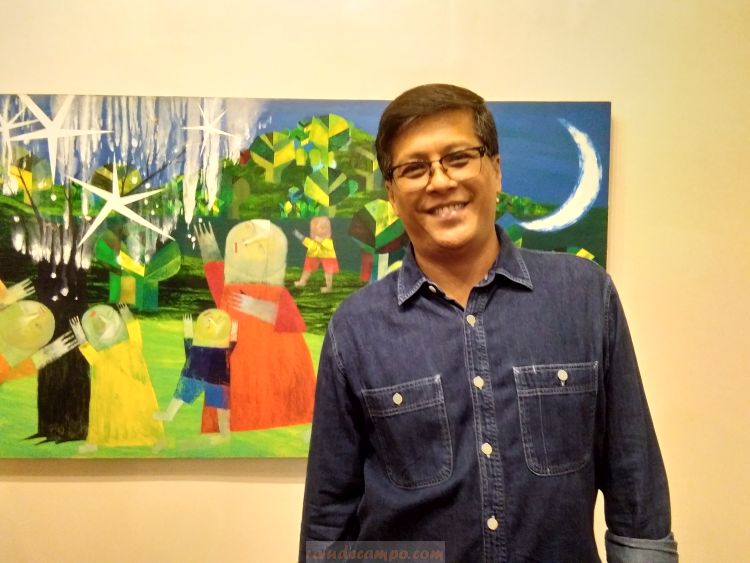 Alampay said that while there are no available data to conclusively say that printed books are already a thing of the past, to a child who receives one for the first time, it becomes one of his or her most cherished possession.

I have to say that being a book worm, my point of view of this matter is quite biased but I would say that Alampay’s words rings truth – and as writer Stephen King said once, “Books are a uniquely portable magic.”

A book to a child is a gateway to many possibilities – an inspiration to imagine, or dream, and even to see the person they want to be when they grow up. 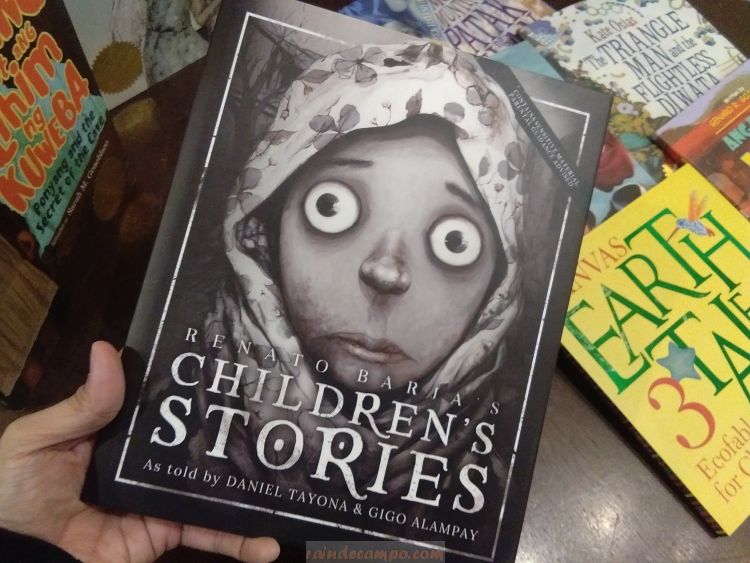 That’s why more than promoting literacy among children, the right book may also be a tool to mold wonderful individuals who can positively make a difference in the world that we live in.

These are just some of the things that inspired Alampay to form CANVAS to what it is today. His love for books and the arts became a 14-year advocacy that continues to benefit thousands of young Filipino kids.

Basically, they work with Filipino artists and writers to publish original books for children and then give them away for free to kids in poor and disadvantaged communities throughout the country. 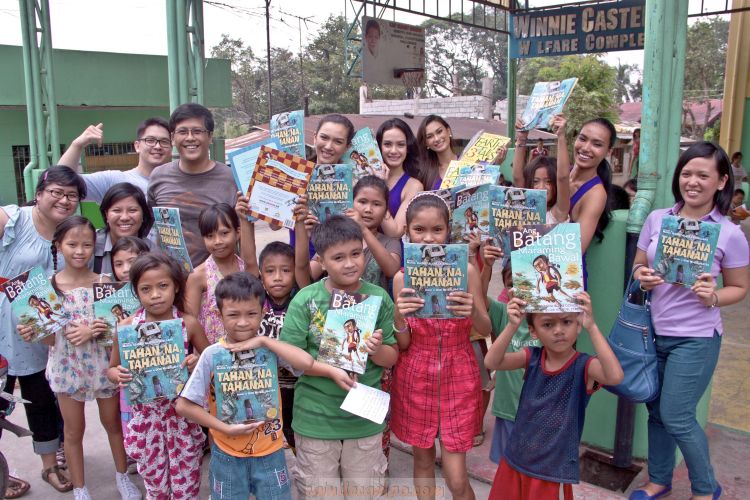 But according to Alampay, the program started with the goal of publishing just one book.

“I wish I could say that I had planned everything that CANVAS is today, but in truth, at the start, it was really just to publish that one book. I had secured a grant, but the grant had to be given to a nonprofit entity. The success of that first book, however, led us to other books, which later led to more books, new programs, and to even bigger dreams.”

The book is called “Elias and His Trees”, an adaptation of the short story “The Man Who Planted Trees” written by Jean Giono who gave away the rights to his work for free. The book was published on June 13, 2005 and written by Augie Rivera and illustrated by Romeo Forbes. 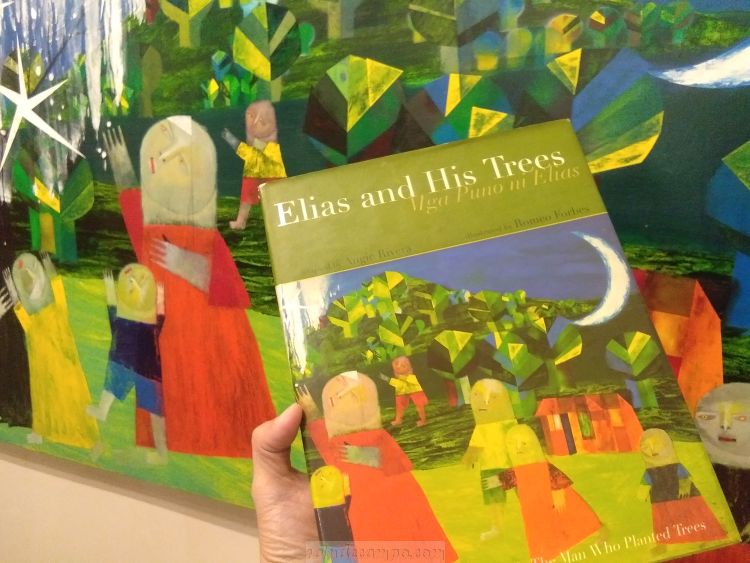 CANVAS currently has two programs. One is the literacy program which is composed of the story-writing competition and the book-giving. The other is “Looking for Juan” which is the use of art to explore social issues.

During the chat with select members of the media, Gigo focused on the literacy program.

“We create books for children, story books and activity books. Some are products of our story writing competition while others are commissioned work.” Alampay shared.

“We ask an artist to produce one artwork. This single artwork becomes the basis for the story- writing contest. The contestants are asked to create a story around the artwork. Then the artist will create more artworks for the winning story,” Gigo elaborates. “The contest is open to all Filipinos anywhere on the planet.”

Their youngest winner was a 16-year-old high school student studying in Dubai, Phoebe de Leon. Her story Moon Rising was inspired by artist, Iggy Rodriguez’s contest piece. The book is scheduled to be launched next year. 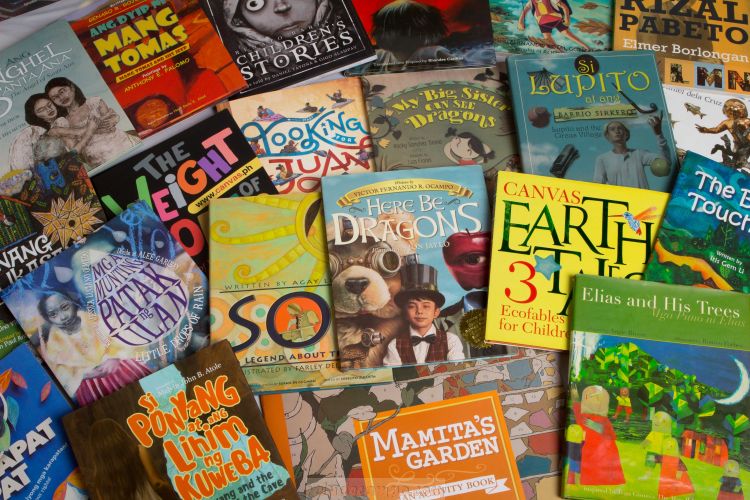 Nadia and the Blue Stars was eventually used for psychosocial therapy to help children who were forced to flee their homes, either by man-made conflict or by natural calamities, to deal with the trauma of their displacements. 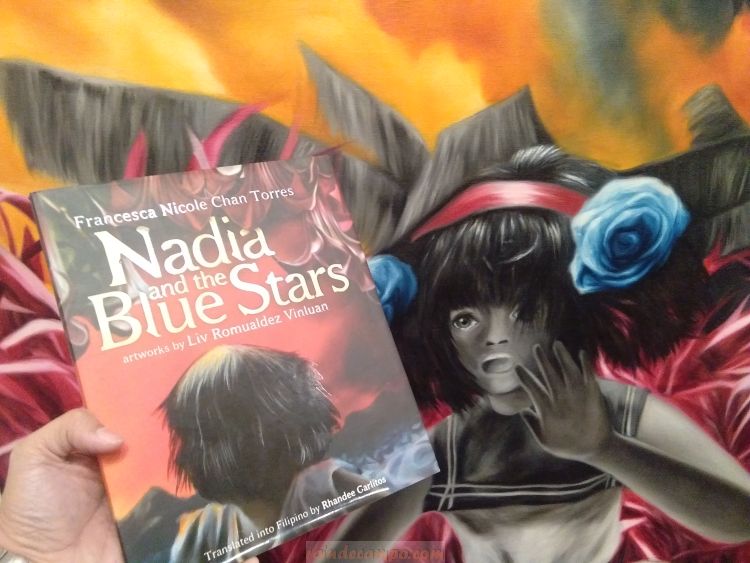 Inang Kalikasan’s Bad Hair Day, Message in the Sand, and Elias and His Trees, all have environmental relevance.

“We’ve also been commissioned to develop and publish a book for the indigenous Tagbanua Triba in Palawan. We sent a team there to talk with and interview the elders of the tribe to learn about and get inspiration from their legends, culture, and traditions. The result of this very fulfilling project was Three Tales of the Tagbanua which we published in 2017,” he recalls. 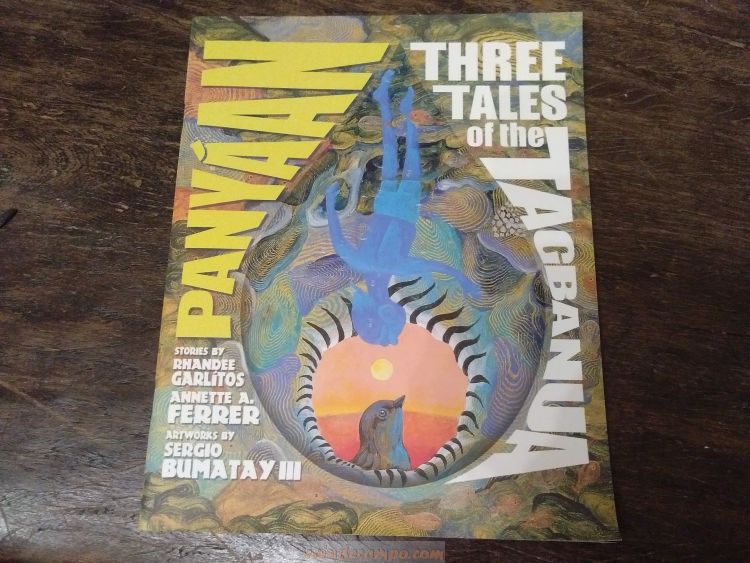 Weight of Words: An Alphabet of Human Rights is a book based on an exhibit of the same title. CANVAS asked artists to choose a letter or two and match it to a word starting with that letter that said something about human rights. Some words that came up were asylum, empathy, war, and love. These then were interpreted into artworks. The book became an inspiration for actor and playwright Abner Delina to come up with a two-act play also called Weight of Words, but it is not strictly about human rights, but more a discussion on mental health. The story books are geared towards children 9 to 12 years of age, while the activity books can be appreciated by those as young as 6 years old. The text of the books is written in both English and Filipino.

To date, CANVAS has produced 30 titles and publishes 1 to 3 books every year. Some of their books are sold at Fully Booked. They are also available through the websites www.canvas.ph and www.lookingforjuan.com. Most titles can also be downloaded for free from the website.

Under the 1 Million Books for 1 Million Children project, they aim to distribute one million CANVAS books to 1 million children.

“We partner with individuals and organizations who work directly in the field and with communities all over the country. They make it possible to get our books to children in all corners of the Philippines. Communities visited by horrific calamities, both natural (Typhoon Yolanda) and caused by man (armed conflict in Zamboanga) are some of the beneficiaries of this initiative,” shares Gigo.

They have distributed 250,000 books to communities from Ifugao to Basilan.

Aside from the books and the grants, CANVAS also raises funds for their programs through the sales of their merchandise with artwork images of some of the best contemporary Filipino artists. 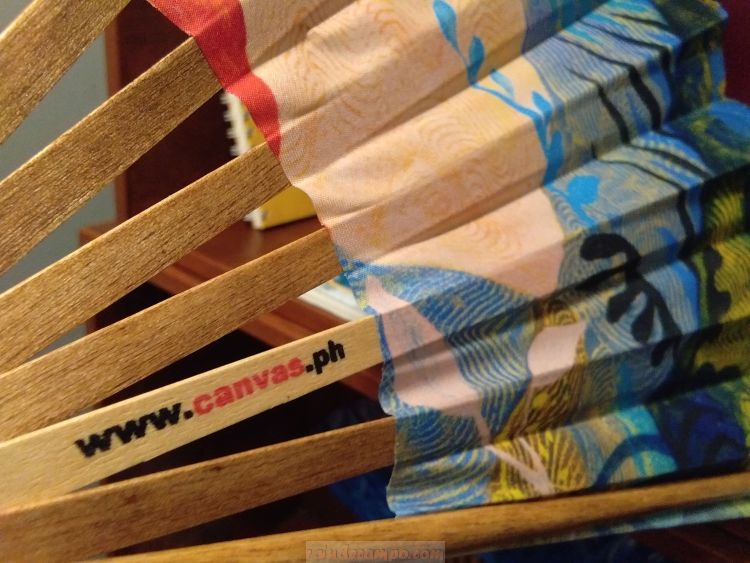 You can help CANVAS create more books and get more books to more children by donating through their website www.canvas.ph. You can also go shopping at www.lookingforjuan.com and patronize their merchandise or you can help distribute their books by sending a letter with details on your intended beneficiary.

“We would also like to invite companies to partner with us not just for corporate social responsibility activities but also for creating premium corporate gifts. We usually do a collaborative book giving and storytelling activities with the companies in their chosen public schools and communities anywhere in the country,” says Gigo.

On November 20, CANVAS will hold a Play and Book Giving event called “Mga Batang Karapat-Dapat”, a mini-fest on the Rights of A Child at CCP. 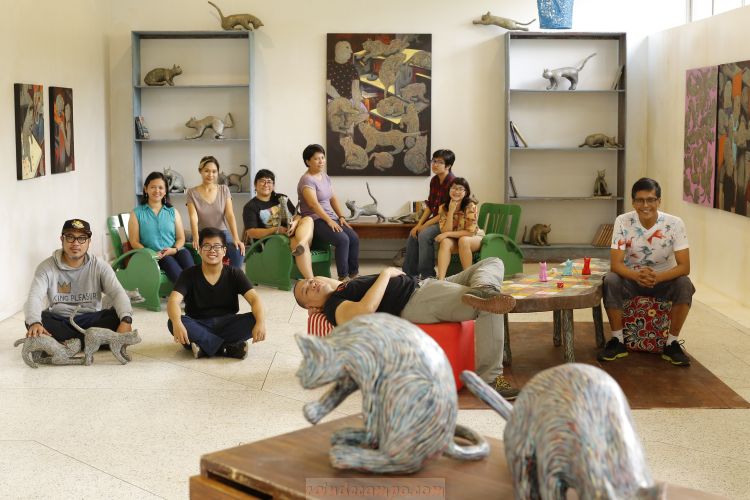 WATCH OUR INTERVIEW WITH GIGO ALAMPAY