by raindeocampo 3 years ago3 years ago
157views
0

While many of us have most likely heard almost every type of pro-poor advocacy on the planet, there seems to still be more that’s needed for the world to address issues like health, malnutrition and hunger.

Ever since I have reached the age where I am considerably more socially conscious or aware, the knowledge that someone, somewhere in or outside the country is suffering from hunger and malnutrition – many of which are children.

The 1984-1985 Live Aid themes “Do They Know It’s Christmas” and “We Are The World” are pretty much still relevant in most parts of the world even here in the Philippines.

Malnutrition in the Philippines

Unfortunately, while most in Mega Manila are burdened with the difficulty of finding what or where to eat next because of the many choices, hunger and poor nutrition remains to be one of the biggest problem in the country.

Recent data shows that 1 out of 3 children under 5 years old or 4 million kids are found to be stunted with over 300,000 classified as underweight. We are in fact the 9th among the countries with the highest prevalence of stunted, malnourished and starving kids.

In a recent media gathering at Green Pastures in BGC for the launch of Action Against Hunger (AAH) Philippines’ new campaigns, AAH Country Director Guy Halsey reveals that the country loses P220 billion annually because of malnutrition according to a 2018 report from UNICEF, DOH and the National Nutrition Council.

Halsey also mentioned that the four main causes of malnutrition in the country are:

Action Against Hunger is a global humanitarian organization that takes action against the causes and effects of malnutrition.

According to AAH Fundraising and Resource Development Manager Dale Nelson Divinagracia, more than half of Action Against Hunger’s projects in the Philippines has a WASH element in its intervention plan. 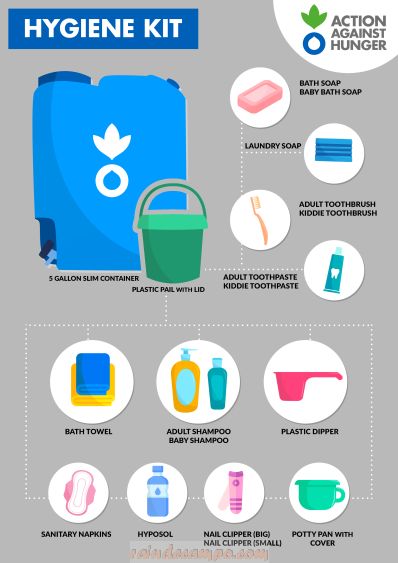 Action Against Hunger also provided 600 displaced families in Maguindanao with Non-Food Items and Hygiene Kits. The families also received training on hygiene and sanitation from their Emergency Response Team. 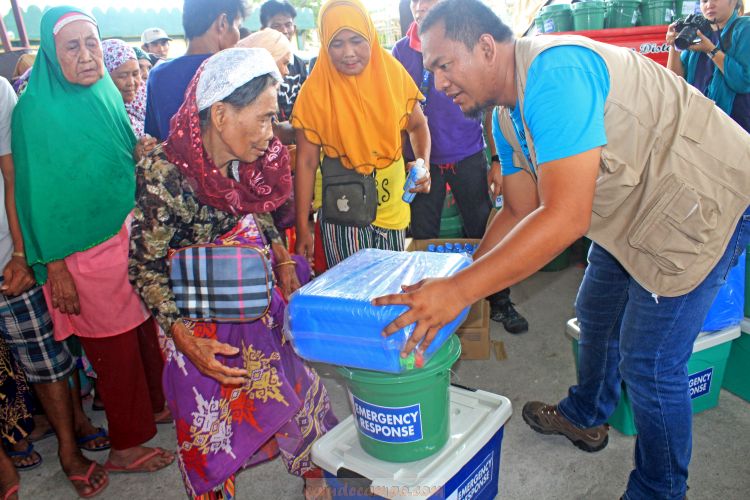 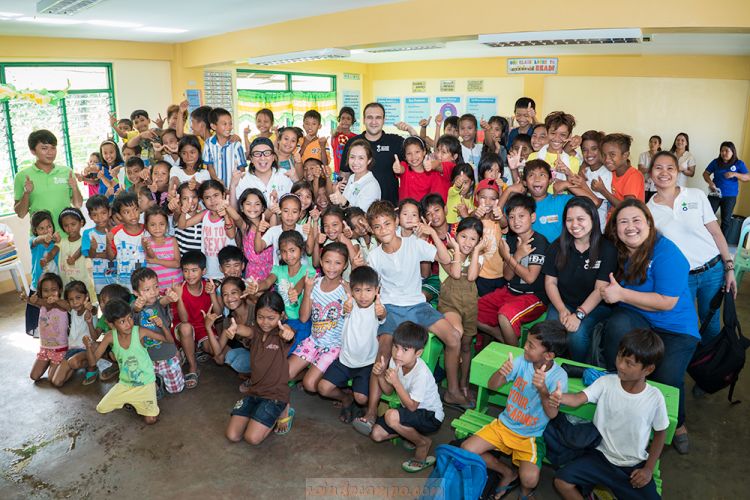 For Action Against Hunger to continue their projects, they need help. And this is where their two new campaigns come in.

Love Food Give Food, formerly known as Restaurants Against Hunger has united people with a love of food to be part of the movement to end hunger since 2016.

“Unlike its previous version, Love Food Give Food is not limited to restaurants. We hope to get the support of all types of food establishments; food kiosks, bakeries, cafés, carinderias, and even home-based online food vendors,” said Divinigracia during the launch.

Participating food establishments choose 1 or 2 or more special items from their product list and for every purchase of these items from October 1 to December 1, 2019, a portion of the sale goes to Action Against Hunger projects in the Philippines. These items are identified as “Charity Dishes”. The amount of donation per item is determined on the food establishment. 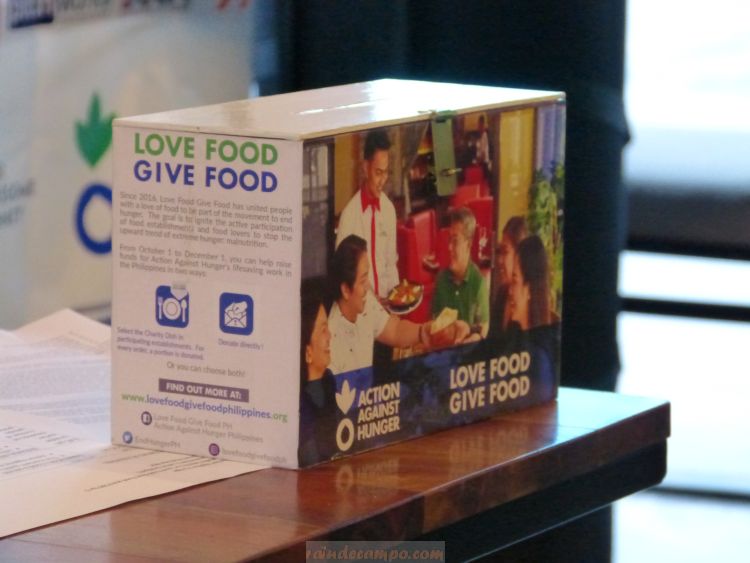 As of writing, the establishments that have confirmed their participation to Love Food Give Food are:

Their newest campaign is the P100 for 5 Challenge.

According to the 2015 Family Income and Expenditure Survey of the Philippine Statistics Authority, the  average family monthly income is estimated at P22,000, and 41.5% of it is spent on food.  This equates to P300 daily or P100 per meal.

The challenge for homemakers is to create a nutritious and delicious meal while staying within the family budget.

“We presented this challenge to our partner chefs and they came up with healthy dishes that are within the budget of ₱100 for 5 persons,” said Divinagracia.

Love Food Give Food ambassadors, chefs Rolando and Jac Laudico of Chef Laudico Guevarra’s and OK Café were game from the onset. Chef Rolando created Tinola Arroz Caldo with Malunggay Pesto while Chef Jac prepared Fish Soup with Kamote Fruit and Leaves and White Rice. Chef Chele Gonzalez and Chef Carlos Villaflor of Gallery by Chele collaborated and produced Chicken Tinola with Fideua. Chef Robby Goco of Cyma/Green Pastures/Souv, who can be credited for the ₱100 for 5 idea whipped up Kare-kare Rice with Binagoongang Tokwa. 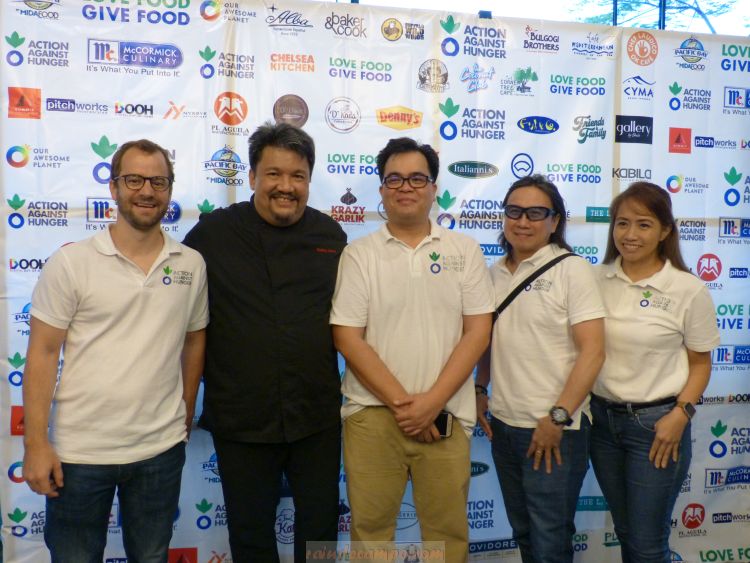 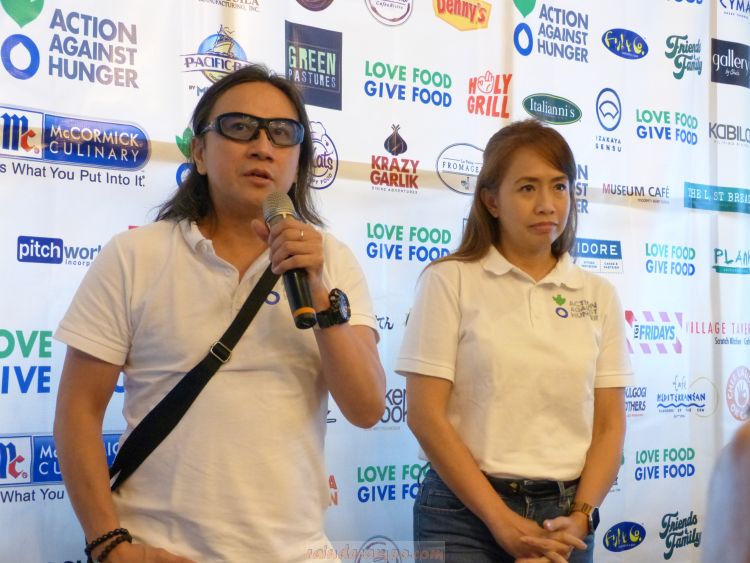 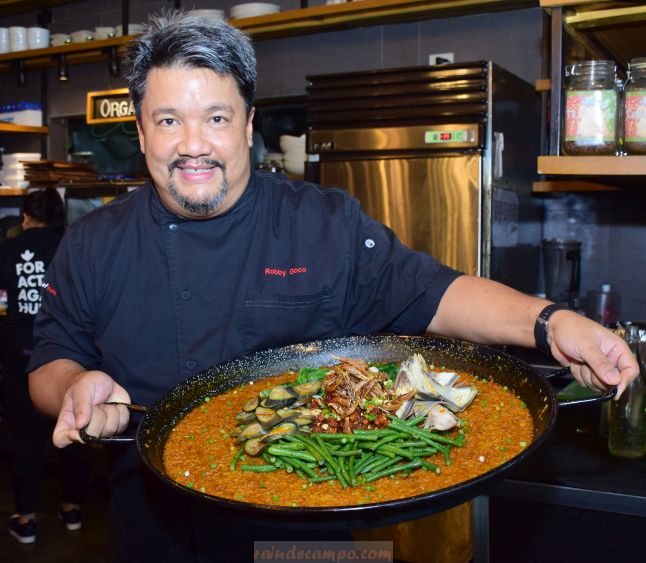 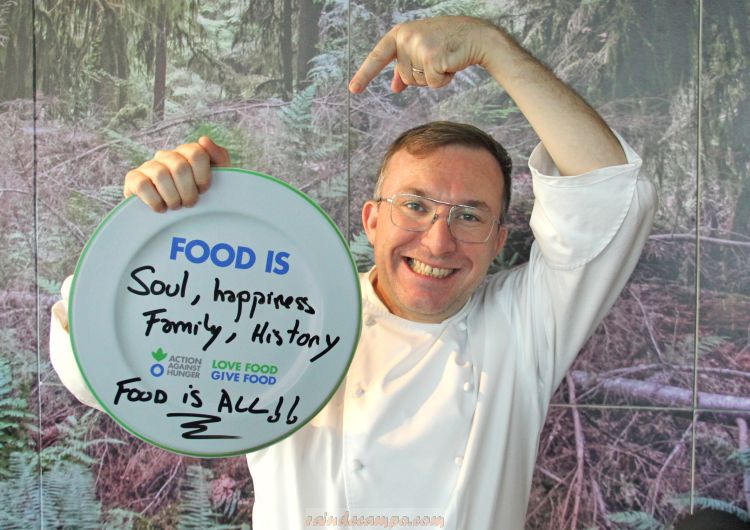 The recipes are available on www.lovefoodgivefoodphilippines.org with easy-to-follow videos directed and produced by Rapunzel Eliserio-Laurel.

“We would like to invite more people to take on the challenge and submit their recipes to us,” said Divinagracia.

How Can You Help?

If you are a food establishment, all they have to do is go to the Love Food Give Food Philippines website and click the JOIN NOW button and register. The campaign is very easy to implement, it doesn’t entail much cost, and it unites the business staff and customers for a lifesaving cause. AAH will support the food establishments by providing all marketing materials needed for the campaign: posters, table-cards, menu stickers, and information notes for the staff. Registration will be open until October 15, campaign period is from October 1 to December 1, 2019. 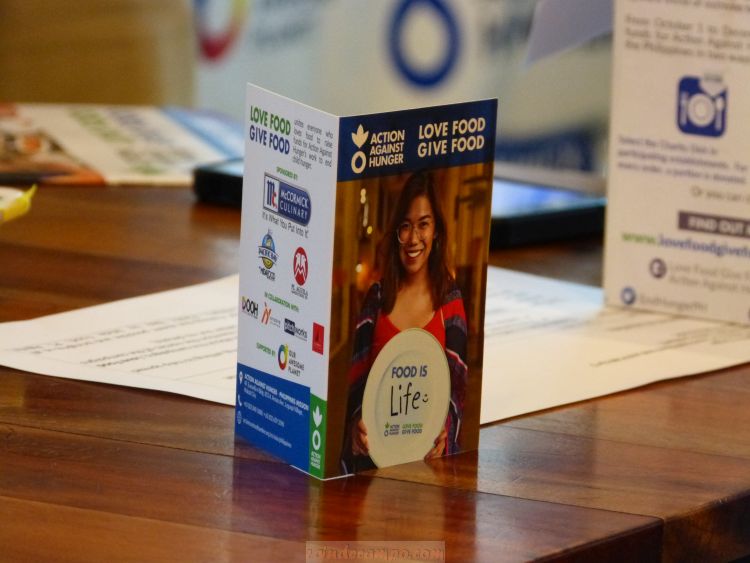 Customers can do their part by patronizing the participating food establishments and purchasing the charity dishes within the Love Food Give Food campaign period. They can also spread the word and invite friends and family to support the campaign. Homemakers are also encouraged to submit their entries for the P100 For 5 Challenge. The submitted recipes will be shared with beneficiaries during the health, hygiene, and sanitation promotion sessions of Action Against Hunger. 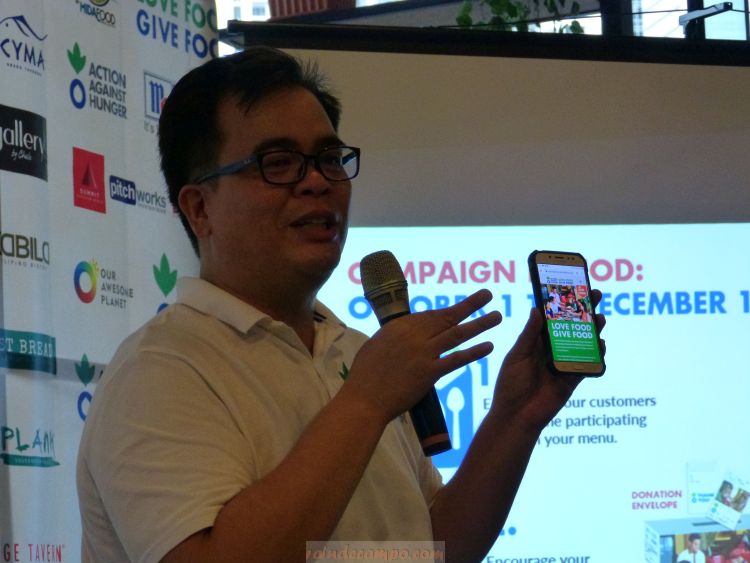 For more information about Action Against Hunger and their campaigns you may reach them through their website and social media pages: