by raindeocampo 2 years ago2 years ago
240views
0

Back in 2010, PBA player-turned-coach Cholo Villanueva started the very first Cholo Camp in a small village court in Paranaque City.

9 years after, Cholo Camp is now one of the most sought after basketball training programs in the Philippines with camps held in 3 locations: 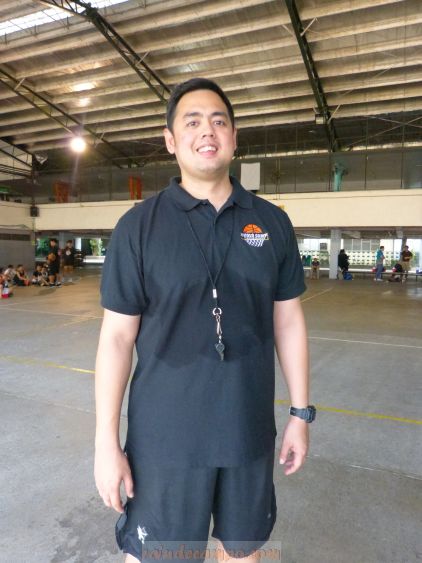 Before turning pro, Coach Cholo won the UAAP Finals MVP award in 2007 playing for the Green Archers. He was later drafted to play for the Air21 Express.

Also that same year while playing in the PBA, Cholo joined the coaching staff of Franz Pumaren for the DLSU Men’s Basketball Team. He also coached other teams after that – DLSU Graduate School, St. Jude High School, JRU as well as many other commercial teams. He was also part of the coaching staff of Shopinas, Air 21 Express and Global Port.

He is currently the Head Coach of Team Makati in the Maharlika Pilipinas Basketball League and the DLSU Women’s Basketball Team.

Coaching and teaching basketball is really in Coach Cholo’s core – it is his passion, and that maybe the reason why Cholo Camp continues to grow each year.

In Colegio San Agustin Dasmarinas Makati this year alone, they already have around 150 kids who registered for just one of the summer programs that they are offering. And they have a total of 5 programs running annually in CSA the whole year. 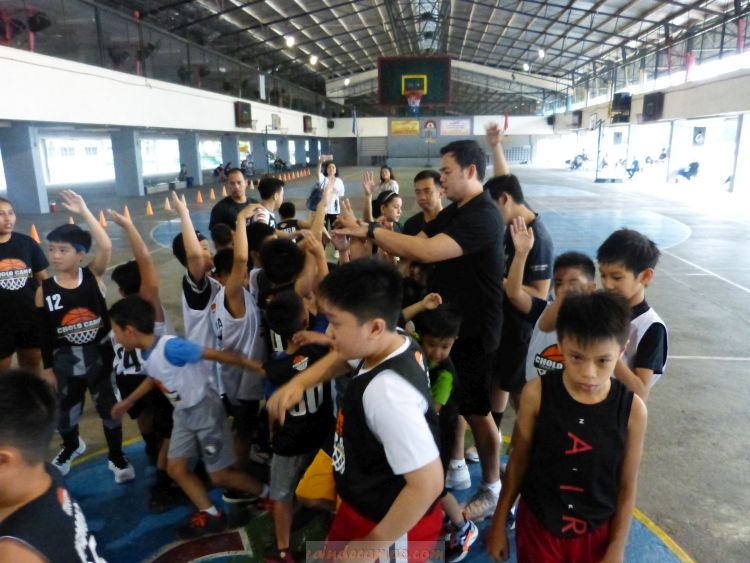 According to Coach Cholo, more than 80% of their students comes back for a 2nd program and some of those that he trained during the first years of the camp are either playing in the UAAP and other varsity teams – a testament of the effectiveness of their teaching methods.

Cholo Camp is composed of capable coaches with differing expertise who all share enthusiasm and passion for the game and teaching as well.

Coach Cholo said that the number 1 requirement for becoming part of Team Cholo Camp is not how well you play basketball but in how well you teach them to other people, especially kids. That is why instead of having big-named pro basketball players in their team of coaches they have referees, P.E. professors, pre-school teachers, physical therapists, and former varsity players that shared the same passion that he have for playing, coaching and teaching. 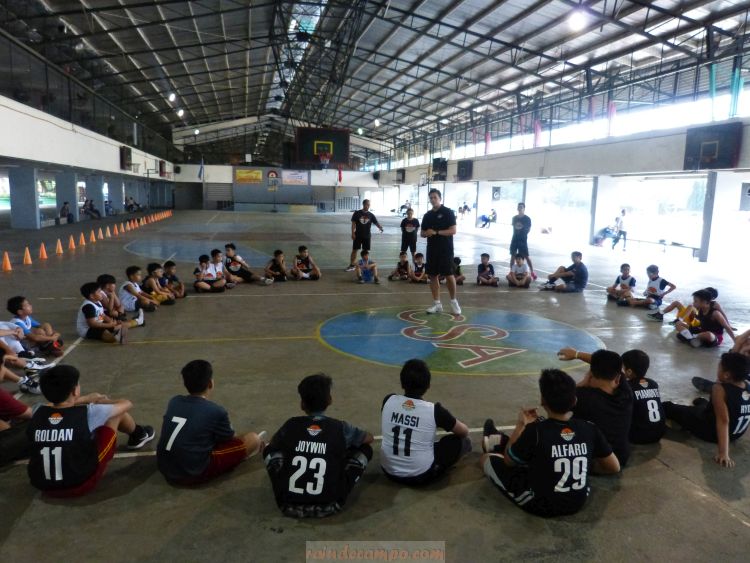 Coach Cholo said that teaching basketball is more than just showing them how to shoot a ball or the rules of the game. Students should learn about leadership and how to be a good follower also. They should learn how to control their emotions and how to win or lose with dignity.

“We don’t just know baskteball, we also know how to teach it.”

As mentioned earlier, Cholo Camp has about 5 programs annually, 2 of the programs are held during the summer period while the other 3 are held every Saturday during the school year.

Each training program consists of 10 training days inclusive of mini-leagues with real game play simulation to ensure that the players get to experience playing in an organized environment.

Earlier this April, Coach Cholo has organized the SKILLS CAMP held at the Colegio San Agustin Dasmarinas Cavite from April 3 to 13.

On-going right now is the SHOOTING CAMP which started in April 22 and will run until May 17 held every other day at CSA Makati and alternately with DLSU – IS, Binan Laguna. 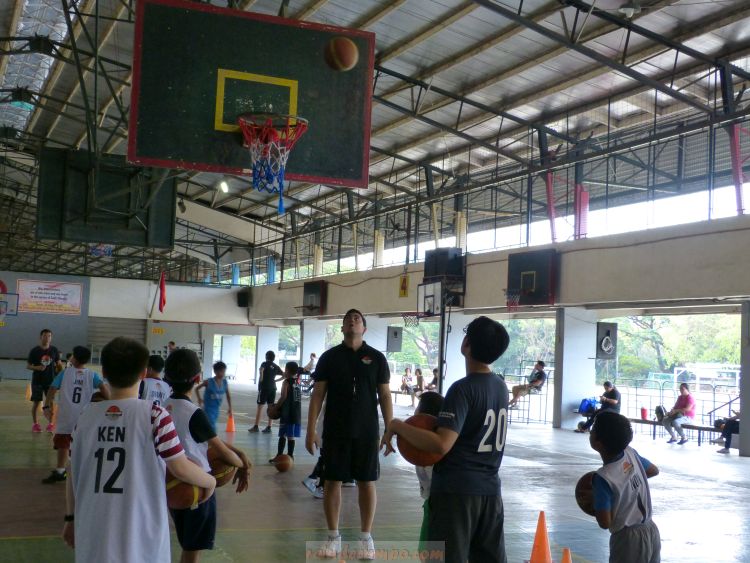 The third and last summer program is the BALL HANDLING & ATTACK CAMP which is scheduled on May 18 to June 10 held at both CSA Makati and DLSU – IS, Binan Laguna. 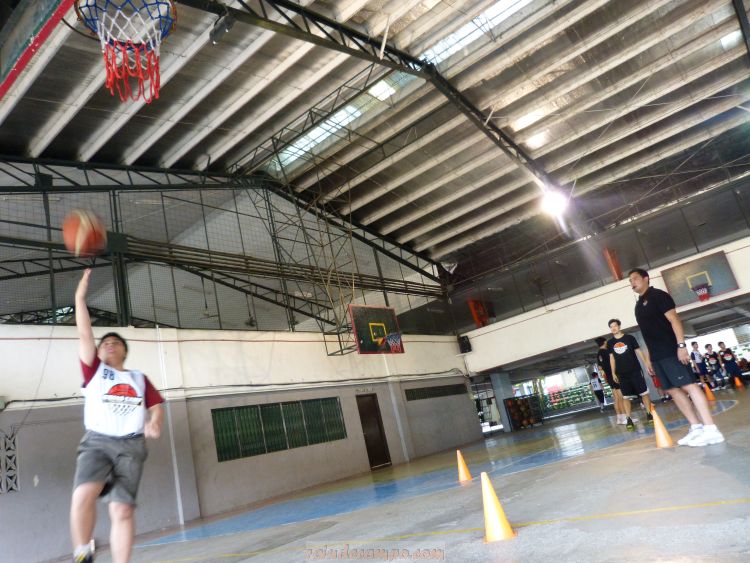 What differentiates Cholo Camp from the other Summer Basketball Clinics in the Philippines is that their students are segregated according to their skill level and not by age group. There are four levels:

Cholo Camps accepts students (boys and girls) age 4 and up to 18. New students may try out the camp for only 500 Pesos. 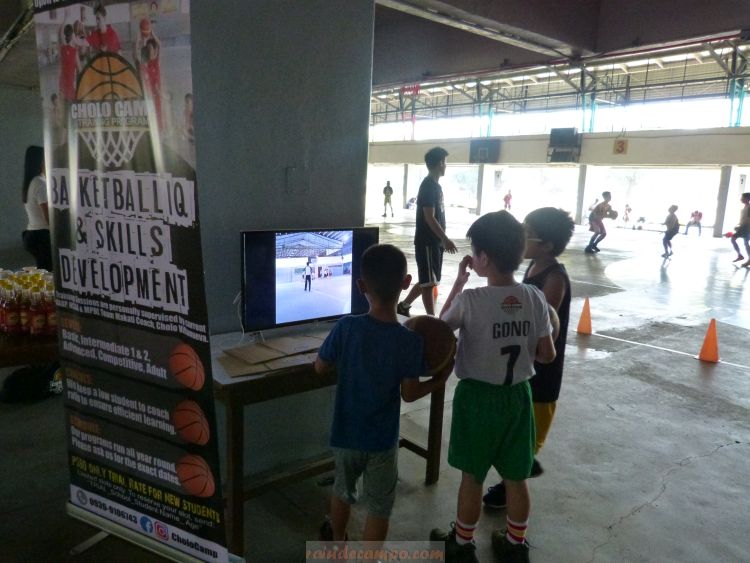 Here are the program rates for CSA Dasmarinas, Makati: 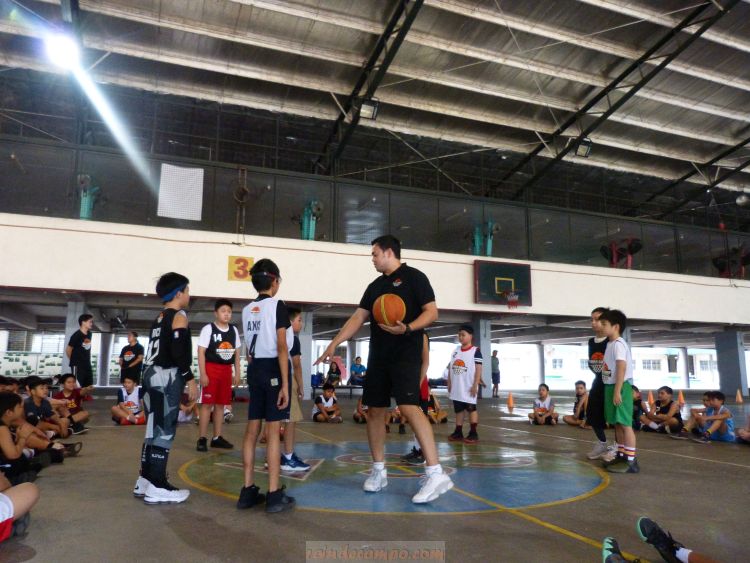 Aside from the regular programs, Cholo Camp is also a one stop shop for organizing various formats of basketball tournaments for players, companies, ball clubs, etc. They also provide experienced coaches, referees, uniforms, and photo coverage by professional sports photographers.

For varsity and club teams and their coaches who are looking for intensive basketball training, Cholo Camp can customize training programs based on what the team needs which may include court drills, strength and conditioning, gameplay strategy, tune-up games, etc.

Cholo Camp has also partnered with Kuya Center for Street Children, primarily to host basketball camps in communities with street children, for free.