by raindeocampo 5 years ago5 years ago
11kviews
0

There’s more to a Ketogenic Diet than just losing weight!

As with what I have learned two Saturdays ago during a special forum on Ketogenic Diet delivered by Dr. Fabian M. Dayrit, the method does not only improve the fat profile of those who use it but also serves as a therapeutic program for various illnesses especially when enhanced with Coconut Oil.

It’s probably one of the most popular diet we have right now with a lot of credible testimonies from ordinary people to known personalities. From Ruffa Gutierrez to Billy Crawford, almost all the local celebrities have heard of it, many have tried it and a lot are actually still on it. Its reputation has earned it the tagline of being “the latest celebrity fitness fad diet.” 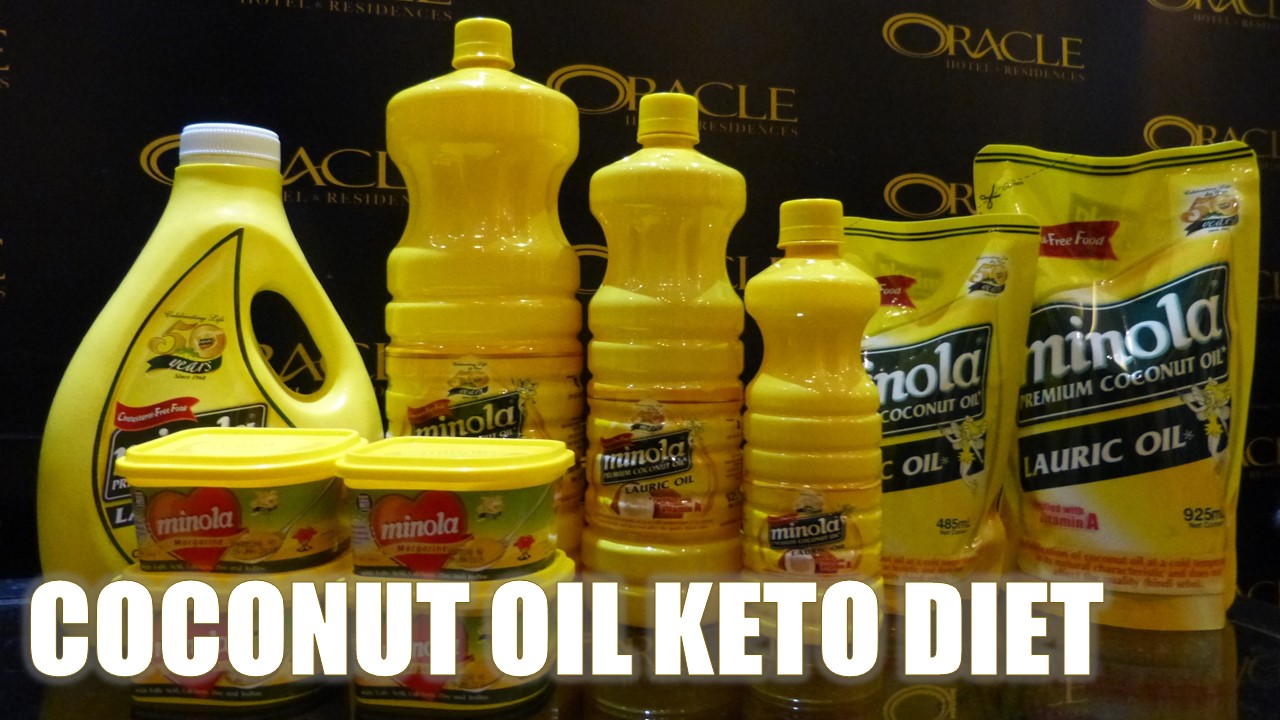 Of all the known personalities I’ve heard who went on a Keto Diet, activist and social change advocate Mae “JuanaChange” Paner is probably the most famous. She was one of the guest speaker during the forum and she shared to the attendees her life before and after losing over a hundred pounds on Ketogenic Diet and how she did it.

She said that the hardest part was actually maintaining the discipline and overcoming her cravings for high-carb food.

Okay, so now we know that the diet works, how do we start?

First of all we need to know what Keto means and how it all started.

KETO comes from a mid-19th century German word “Keton” which is assigned to what we now call as “acetone” – one of the three Ketone Bodies naturally present in the body and produced from the breakdown of fats. Think of Ketone Bodies as the metabolic fuel produced when your body shifts to fat-burning. 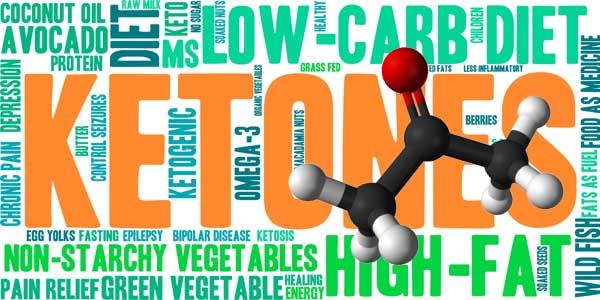 How To Induce Ketosis

Based on its historical records and decades-long scientific studies, experts have found several ways to successfully induce Ketosis, a metabolic state in which your body uses fat rather than glucose from carbohydrates as its primary source of energy.

Basically, when your body’s stored glucose or glycogen is depleted, your blood sugar and insulin level also drops. This signals the body to look for alternative sources of fuel and burns your stored fats instead for energy. When body fat is burned, Ketone Bodies are produced. Bringing the body to a state of Ketosis.

There are many activities that can induce Ketosis, here are some of the best ways to do it:

There are many different signs to know if you are already on a state of Ketosis. Laboratory tests will show that you have Ketone Bodies in your urine and blood. Usually your breath and urine will have a different and unpleasant smell which signals the presence of acetone. Physically, you’ll be full of energy, have better focus and a noticeable decrease in your cravings for food.

According to Dr. Dayrit, the best type of Ketogenic Diet is the one supplemented with MCTs or MCFAs (Medium Chain Fatty Acids) particularly those found in Coconut Oil.

Yes, a high-fat intake is crucial to a successful Keto Diet. But not all fats are created equal. MCFAs those that are found in Coconut Oil are the best type and should be considered as an important part of a Ketogenic diet. Why is that, you might ask?

Well aside from having been known as a “superfood” coconut is rich with MCFAs particularly caproic (C6), caprylic (C8), capric (C10) and Lauric (C12).

These MCFAs pass directly through portal veins and are immediately converted to Ketones in the liver. They are also not stored as fat – and that’s good news for those aiming for weight loss of course. 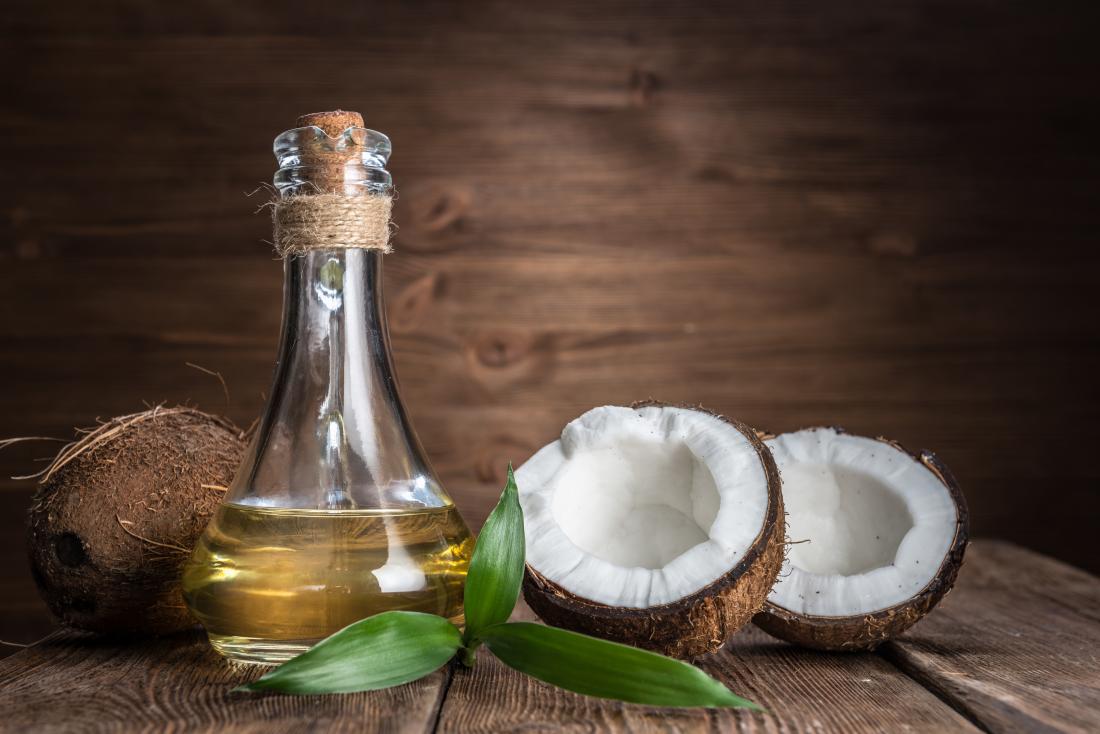 There are two known benefits of a Coconut Oil Induced Ketogenic Diet – Therapeutic and Functional.

Coconut Oil is known to have antimicrobial properties when activated upon hydrolysis – Lauric Acid (C12) in particular (also found in human breast milk) has a lot of beneficial effects against various types of microbes.

A Coconut Oil Induced Ketogenic Diet has shown a lot of promise also in the treatment of Alzheimer’s Disease.

Lastly, the use of coconut oil in any diet will greatly improve one’s immune system.

A low-carb high-fat (LCHF) Ketogenic Diet diet in itself is a promising weight loss regimen but when supplemented with Coconut Oil it doubles the effects by improving the body’s fat profile while effectively reducing waist circumference specially in males.

You can choose whichever Ketogenic Diet that suits your lifestyle, but of all the many ways to achieve Ketosis – a Coconut Oil Induced Ketogenic Diet simply has more results that are beneficial to our body.

HOW TO DO A COCONUT OIL KETO DIET 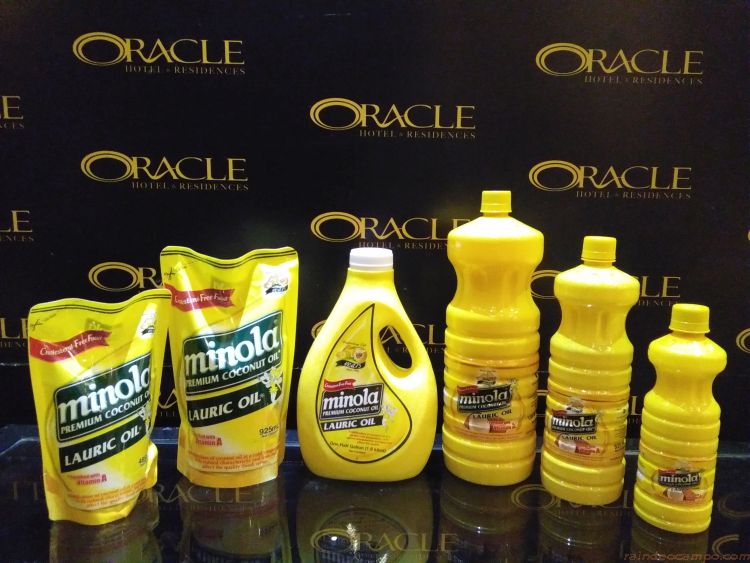 MINOLA PREMIUM COCONUT COOKING OIL for example, is a very rich source of Lauric Acid and other MCFAs. It is a vegetable oil that contains no cholesterol – so aside from having all the Ketogenic benefits, this type of cooking oil is also good for the heart.

The best part is that you can use this type of cooking oil every day, helping you with your Ketogenic goals while keeping the rest of the family healthy and well. The bottom line, whether you’re on Keto or not, Coconut Oil is definitely a must!