by raindeocampo 1 year ago1 year ago
247views
0

The country’s love for the game comes front and center this October as the Philippine Basketball Association (PBA) games return LIVE via TV5, One Sports, and in high-definition via PBA Rush on Cignal TV. TV5 and Cignal TV are proud partners of the PBA, who serves as a pioneer in returning live local sporting events and paves the way for other local sports leagues to resume play given the “new normal,” delighting generations of its loyal followers.

When the 45th Season of the PBA kicked-off last March, the campaign “Tayo Ang Bida” emphasized the fans and those working behind the scenes as the true MVPs –inspiring an insightful look at the league, going beyond the star power of the iconic teams, renowned players and coaches, and giving the spotlight to the crew and avid fans who make the games more meaningful and enjoyable. 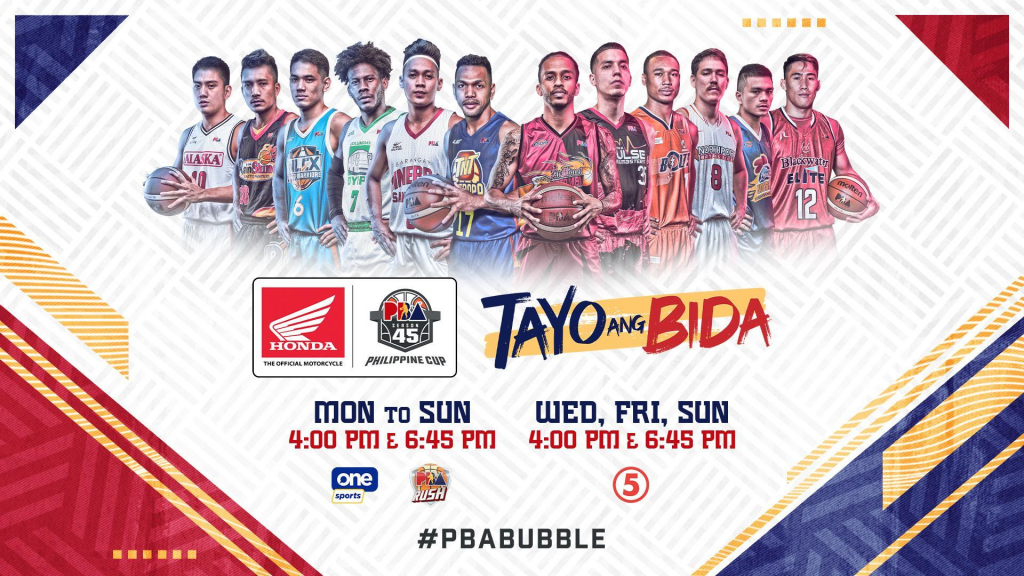 The meaning of “Tayo Ang Bida” has since evolved given the current pandemic we are in. With the resumption of the PBA, it also now aims to inspire hope, positivity and camaraderie through sports. Prompted by the bravery displayed by the frontliners, deemed as today’s modern heroes, the PBA pays tribute to real life Bida’s who have been the primary agents of basketball’s revival in the pandemic and those who have given an immeasurable contribution to our country.

Robert P. Galang, Cignal TV and TV5 President and CEO remarks, “Just as the PBA was gaining momentum, the world stopped. Yet in the midst of a pandemic, we try our best to be heroic— Because we, the PBA community, aren’t just players, coaches, staff, or fans. We’re also families who hold on to each other for love, and friends who continue to lean on each other for support. By bringing back LIVE PBA Games across our various platforms on Cignal TV and TV5, we play a part in bringing the PBA’s message of inspiration, hope and resilience, and the highest-quality basketball entertainment in the country.”

The PBA aims to be a source of entertainment and a symbol of inspiration and hope through these unprecedented times. With that, various content from within the PBA Bubble will be released on a daily basis on top of the live games across TV, digital and various news platforms. Exclusive daily updates from inside the bubble and messages from some of the top players will be available online to give the people a glimpse into the life of their favorite teams and players within the bubble.  In addition to this, they have created new opportunities allowing the audience to feel as if they were watching the game live in the arena. Fans will be present in the game virtually through a virtual mural flashed on an LED screen. This will also give players on the court the chance to see and hear fans live.

All the games will be played at the Angeles University Foundation Gym in Pampanga adjacent to the Clark Freeport. The various teams have started entering the “PBA Bubble” last September 26 with daily games starting on October 11, 2020. It will follow a single round elimination format followed by the quarterfinals (Top 4 twice-to-beat), then best-of-5 semi-finals and, lastly, the best-of-seven finals for the top 2 teams to determine this conference’s winner.

The first game will be aired at 4:00 PM and the second game at 6:45 PM. Fans can watch the games LIVE every Wednesday, Friday and Sunday on TV5.  They can also tune in daily (Monday-Sundays) on One Sports and PBA Rush. The games are also available LIVE via Facebook and Youtube livestream, Radyo5 and Cignal Play, ensuring that PBA fans don’t miss any of the PBA action, wherever they may be.

Follow Me
Latest posts by raindeocampo (see all)
pba, tv5