NEW BACK-TO-BACK TIME SLOT: TV5’s Fill in the Bank and...

Experience back-to-back excitement as TV5’s hilarious game shows “Fill in the Bank” and “Bawal na Game Show” air on their new timeslot at 7 p.m. and 8 p.m. beginning this week. 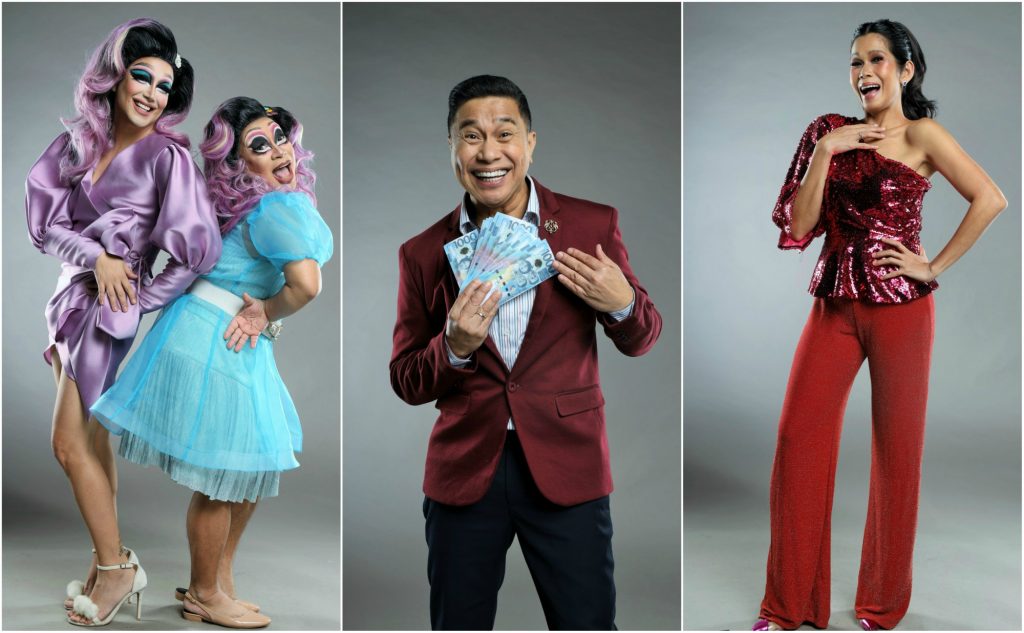 Bank tellers will rule the game on Tuesday, October 13 as they aim for the top prize of Php150,000. They are all set to compete in the show’s pandemic-inspired games Ayuda Teh! Machine (ATM) and Panghakot na Papremyo Equipment (PPE). Biggest Losers are out to win the game on October 15 as they try their luck in Enter your Pin Code, Cheque or X, Gold Rush, and Huli Cash.

Taking on the 8 p.m. timeslot is “Bawal na Game Show,” which will have palengke vendors as pasaways on Monday, October 12. Rappers and fliptoppers make their way to the studio on October 13 as they get ready to exchange antics with hosts Ghorl Twins Wally Bayola and Paolo Ballesteros.

Catch the back-to-back episodes of “Fill in the Bank” at 7 p.m. and “Bawal Na Game Show” at 8 p.m. every Monday, Tuesday, and Thursday, only on TV5.