by raindeocampo 1 year ago1 year ago
187views
0

The long wait is over! 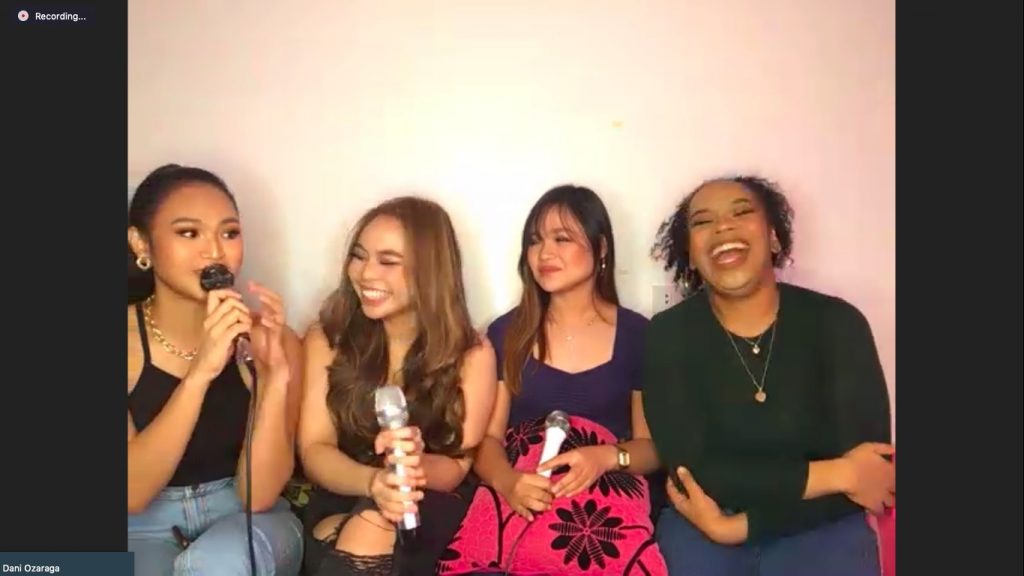 The single was supposed to be released no later than June this year but CoVid19 had a plan of its own and producing or packaging a new single proved to be an enormous challenge for artists this year with all the restrictions imposed because of the community quarantine.

In a recent online bloggers conference, XOXO members revealed that it was a very difficult time for all of them especially because as a group and as individual artists they’re very much a newbie in the entertainment arena and have barely taken off since their official launch in August, last year.

Riel shared that all four of them have gotten really close ever since the project started, and while they’ve all experienced being depressed during the lock down, with thoughts of uncertainties regarding their careers and livelihood, they’ve never stopped uplifting each other.

The group also thanked GMA Artist Center for not giving up on them and for providing them the opportunity to shine through even with the present crisis! And just like what’s written on the lyrics of their song – XOXO is now ready to soar high FLYING!

According to the group, their debut single which was written by Kiko Salazar encapsulates all their experiences as a group – from the workshops and the hard trials and for the love and friendship they’ve received from each other, their fans and all the people around them. The song is also a tribute to women empowerment!

Previously tagged as the “Little Mix” of the Philippines, XOXO is now ready for the challenge as fans and fans of SB19 on twitter clamors for XOXO to become the female version of their favorite PPop Boy group.

XOXO was overwhelmed and while they readily admit that they still have a lot to go to become the girl group that they envisioned them to be but they have heard the call and are more than willing to answer.