by raindeocampo 1 year ago1 year ago
165views
0

Exclusively available on AXN every Thursday at 7.25pm, the seven-episode reality singing competition is done in partnership with Subaru Asia and internationally renowned music legend Michael Bolton, who is also the show’s creator, executive producer and host. 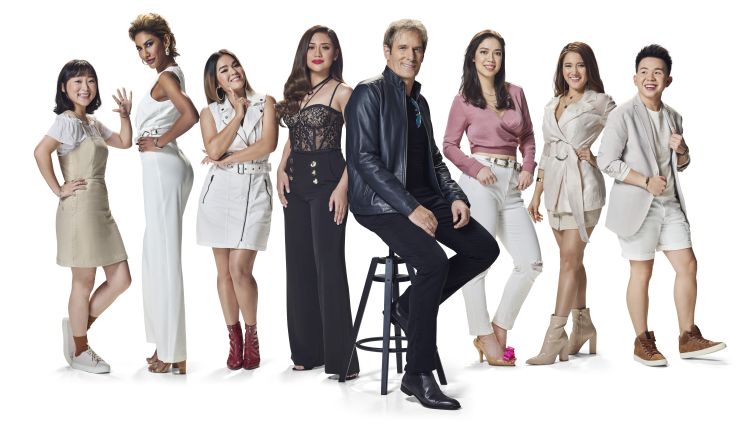 In the last four episodes, the contestants were mentored by Michael Bolton and Morissette Amon and put through a series of tasks and challenges. In episode two, they had to harmonise as a group and perform hits by Cyndi Lauper and Lady Gaga. In determining who to eliminate in the first round, the judges looked at the contestants’ overall ability to work together as a cohesive unit while maintaining their individual presence.

In the fourth and most recent episode, the remaining contestants showcased their versatility and artistry. Viewers around the region heard their local languages as contestants belted out their selected songs, in their chosen languages.

For this latest episode, guest judge Mild Nawin from Thailand, who was the first runner-up from Bolt of Talent, deliberated on the contestants’ performances based on how well they read and engaged the audience in a dynamic open-mic karaoke session. There were still four contestants standing after the challenge and the eventual winner will join Michael Bolton on the Asian Dream tour in 2021 as well as become a Subaru Ambassador.

“I’m inspired by the sheer raw talent and star power that I’ve seen so far from the Asian Dream contestants and couldn’t be more excited to help refine their talent alongside my fellow mentors and judges. I know that viewers will be equally as thrilled as us to see contestants come into their own and grow more confident throughout their journeys on the show. As we approach the season finale, the next few episodes are set to take the remaining contestants to new heights, and they’ll learn from some of the best in the business to master the art of stage presence, brand themselves and unlock the star quality needed to become Asia’s next big music sensation,” said Michael Bolton.

Amongst the line-up of mentors is Filipina singer and actress Morissette Amon, who serves as Asian Dream’s other resident judge. Since joining the world of show business at the age of 14, she has gone on to win more than 30 awards. Her storied career puts her in good stead to coach the contestants and help them rise to the top as they compete to become the most versatile, talented and charismatic performers in Asia.

The resident judges are joined by guest celebrities from across Asia, including:

Asian Dream is produced by Refinery Media in association with Passion Films and is available exclusively on AXN, every Thursday at 7.25pm. The episodes are also available online at www.subaru.asia/asian dream. 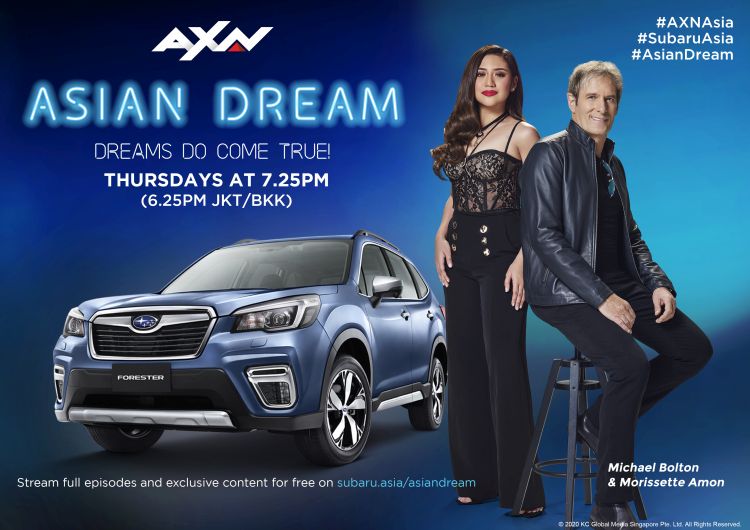 AXN is available in the Philippines on Cignal Channel 121, GSat Channel 21 and SKY cable Channel 49.