by raindeocampo 1 year ago1 year ago
100views
0

For the month of January, two new medical dramas and a compelling romance drama are bound to make viewers fall in love with new characters and turn their weeknights into date nights with GEM. 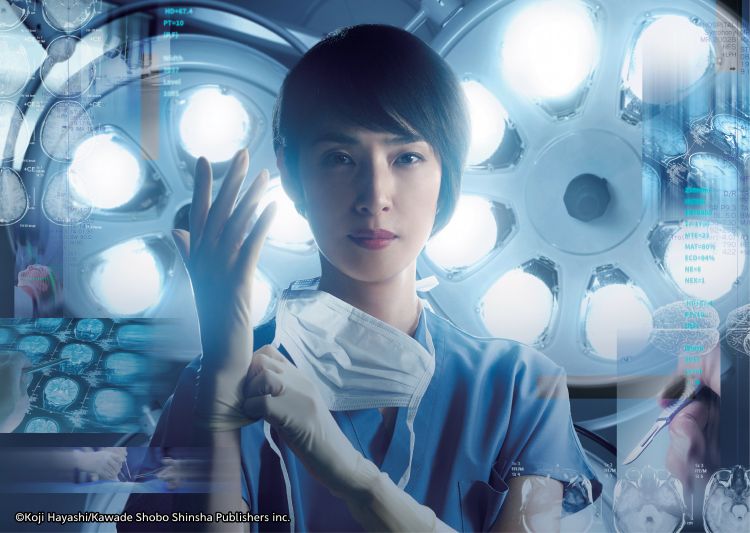 The first medical drama is the much talked-about A Lone Scalpel, starring former actor-singer Hideaki Takizawa in a very challenging role of a US-educated Japanese surgeon working at a rural hospital in the 1980s, an era when internal organ transplant had not yet been legalized in Japan. The story revolves around Takizawa’s character, Tetsuhiko Toma, and his journey to performing an unprecedented surgery that will challenge the medical taboos of Japan in the 1980s.

Takizawa admits that it’s his first time to portray a doctor in A Lone Scalpel.

“I feel the pressure to work hard when presented with this new challenge but, at the same time, I’m happy to receive this opportunity,” he shares.

A former member of duo Tackey and Tsubasa, Takizawa has exited showbiz to take on management roles, currently serving as the Vice President of Johnny & Associates as well as President of Johnny’s Island. A Lone Scalpel is his last piece of work as an actor.

A Lone Scalpel premiered on GEM on January 13 and now airs every Monday and Tuesday at 9PM.

In Top Knife, Amami plays Yoko Miyama, a genius neurosurgeon who is torn between her commitment to saving her patients’ lives and the guilt of abandoning her own family.

“It’s been some time since I worked with Koji Hayashi , the scriptwriter, and Kyouji Otsuka, the director. I’m very happy and I look forward to it very much… I hope I can fully convey the charm behind Hayashi’s script and Otsuka’s directing to everyone,” Amami said in an interview.

Based on the novel “Top Knife” by Koji Hayashi, Top Knife premiered in the Philippines in the when GEM aired its first episode on January 13. Viewers can catch it on GEM every Monday at 10PM.

Also premiering on GEM this January 22 is Us Forever, a beautiful love story between an emotionallytorn man and a young girl burdened by familial obligations. Us Forever, airing on GEM the same week as Japan, features the tandem of singer-actor Taisuke Fujigaya, a member of Johnny & Associates’ boy band Kis-My-Ft2, and former-model-turned-actress Nao, who is a recipient of the Best Supporting Actress award from Television Drama Academy Award.

“I had hoped to work with Misumi Kubo after reading ‘Yoru no Fukurami’, so I’m very fortunate to be able to participate in a drama based on her work. I’ve read the original novel, and the love story between two ordinary people gave me newfound hope. I sense the makings of a wonderful drama,” Nao explains. “My character, Sakurako Motohashi, comes across as a woman facing struggles which she cannot overcome on her own…This is a love story between two people working towards recovery, and I hope viewers may find a ripple of hope spreading in their hearts as they watch the drama.”

Fujigaya, on the other hand, has this to say about his character:

“Ichiharu Sudo is in his 30s like me. We may hold different jobs, but his internal struggles and attitude towards work resonate with me very much. Ichiharu comes across as a mysterious person who is hard to read, but I find that trait endearing, and I thought that is the most charming thing about him… There are many things we hope to convey in this drama, so I hope everyone can give this drama a viewing.”

Catch Us Forever, airing every Wednesday at 9PM, as well as A Lone Scalpel and Top Knife which comprise GEM’s new weeknight dramas starting this January.

Follow Me
Latest posts by raindeocampo (see all)
a lone scalpel, gem, TV