Netflix Announces Entry of 21 Studio Ghibli Films in their...

by raindeocampo 1 year ago1 year ago
170views
0

Netflix announced today that beginning on February 1, 21 films from Studio Ghibli, the Academy Award-winning Japanese art house, will be made available on the service globally (excluding US, Canada, Japan), through distribution partner Wild Bunch International, as part of the company’s continued efforts to grow its best-in-class library of animated films.

For the first time ever, this expansive catalogue of Studio Ghibli films will be subtitled in 28 languages, and dubbed in up to 20 languages. This partnership will enable fans in Asia Pacific, Europe, Middle East, Africa and Latin America to enjoy beloved classics, such as Academy Award-winner Spirited Away, Princess Mononoke, Arrietty, Kiki’s Delivery Service, My Neighbor Totoro, and The Tale of The Princess Kaguya, among others, in their native languages.

“In this day and age, there are various great ways a film can reach audiences. We’ve listened to our fans and have made the definitive decision to stream our film catalogue. We hope people around the world will discover the world of Studio Ghibli through this experience.”

“In finding the best digital partner for Studio Ghibli, our most valuable and faithful collaborators for 20 years, the Netflix team convinced us with their consistent love and energy for finding the best ways to promote the incredible and unique catalogue worldwide with respect to the Studio Ghibli philosophy.”

“Studio Ghibli is world-renowned for creating visually stunning, original animated films that have enthralled fans for over 35 years. We are excited and humbled to help make this catalogue of films easier to discover and access, and believe that these masterpieces will resonate with even more fans around the world now that they are available in more languages. We look forward to welcoming a new generation of fans into the whimsical worlds and wonderful protagonists created by the amazing artists of Studio Ghibli.” 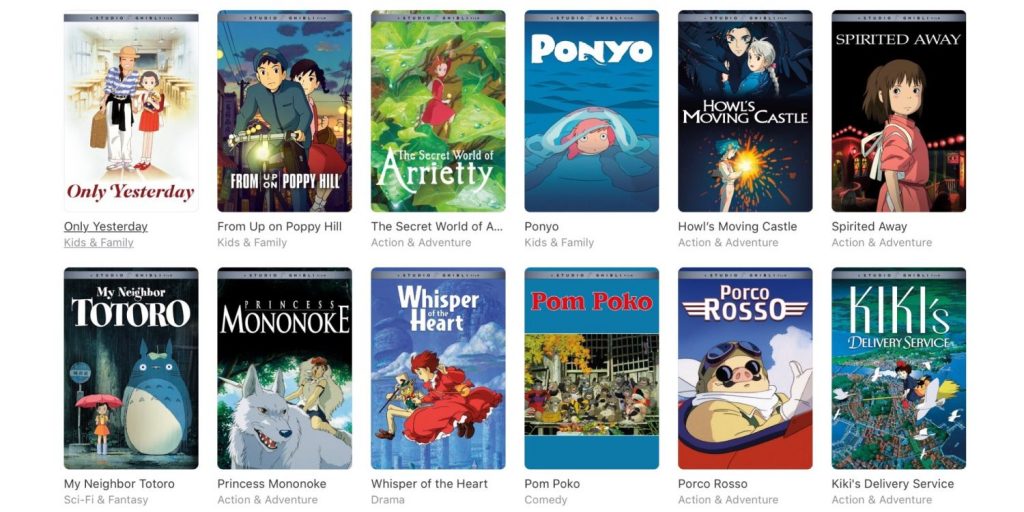 Below is the release schedule for Studio Ghibli films on Netflix: