by raindeocampo 2 years ago2 years ago
363views
0 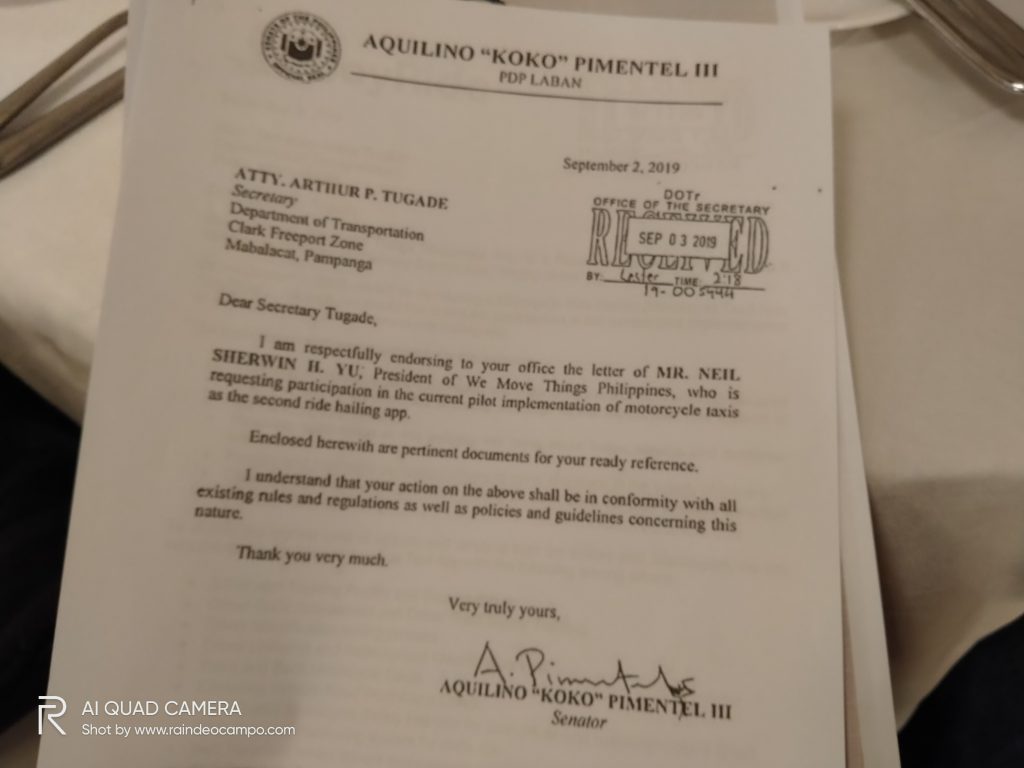 According to Atty. Angeles and LCSP, this is a clear violation of the Senate Code of Ethics and may be answerable to graft and corruption charges most especially if connection is found between Pimentel and the business entity – JoyRide.

Suspicion of connection between Neil Sherwin Yu and Pimentel’s wife was also brought to the table by netizens but so far is still unfounded.

The new revelation is part of the suspicion of anomaly raised by LCSP as early as December last year when LTFRB and the so-called new Technical Working Group (TWG) led by Retired General Antonio Gardiola released the revised general guidelines for the pilot implementation of motorcycle taxis. 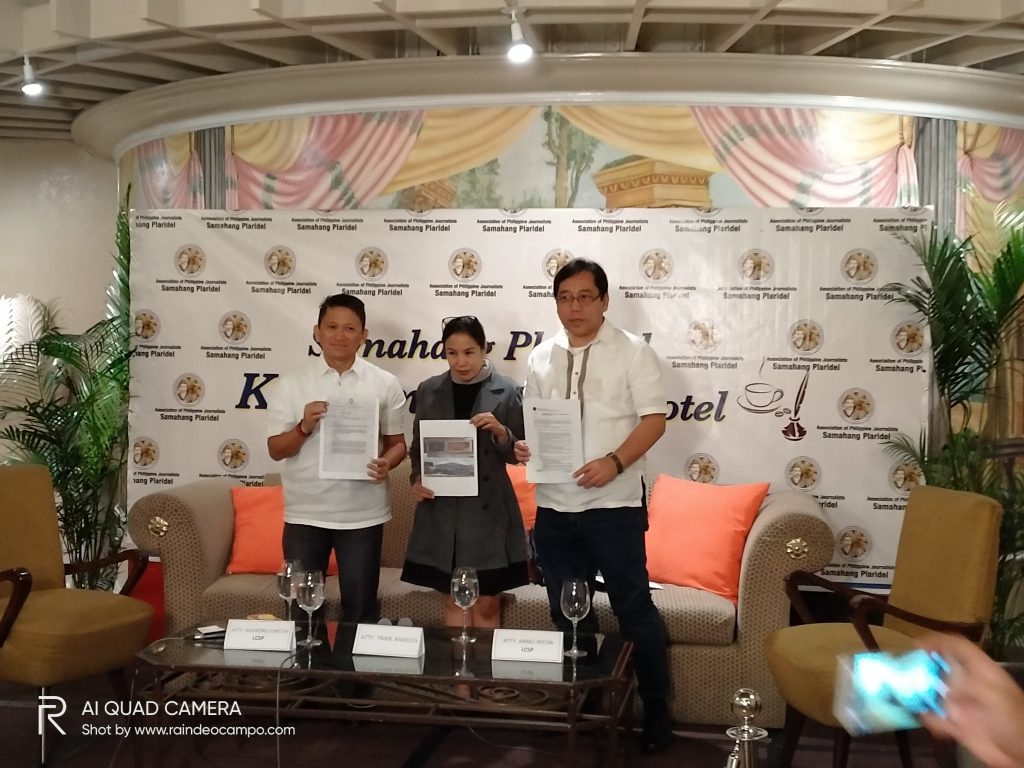 LCSP has been questioning the reason for the creation of the new TWG which are composed basically of DOTr agencies, the removal of the original civil society group members from the TWG, the extension of the pilot run, the inclusion of JoyRide and Move-It as well as the imposition of the 30,000 cap spread evenly to the 3 motorcycle taxi companies which includes Angkas – all done in almost secrecy and without proper public consultation.

The issue in question here according to LCSP is TRANSPARENCY and that DOTr, LTFRB and the new TWG should explain themselves to the public in this regard.

As they ask the public to remain vigilant with regards to this issue, LCSP is now planning to file a motion for recommendation after the courts decided to not grant their petition for injunction to 5 new app-based motorcycle taxis who were already in operation prior to the TWG decision -this included JoyRide and Move-It.

According to Atty. Fortun, the courts ruled that they failed to show cause for grave endangerment and was denied of the request.

Atty. Fortun said that the new TWG is basically LTFRB, while showing to the media that the group even used the letterhead of the agency for the revised guidelines memo. 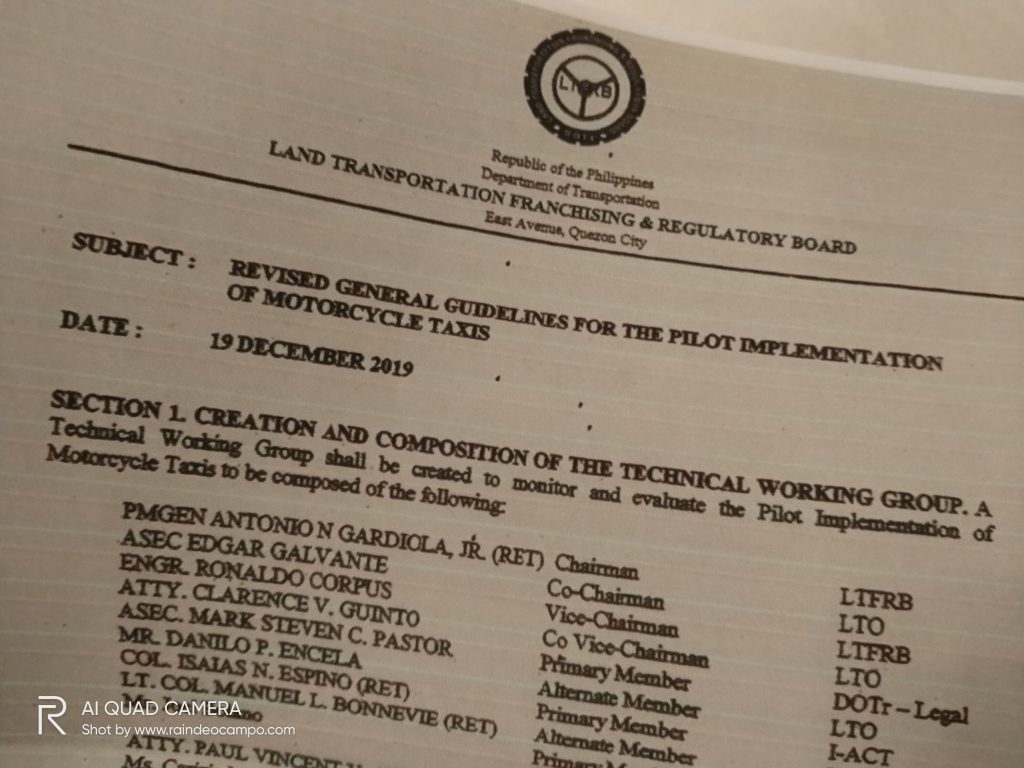 “Sila-sila lang to!” Fortun said in a mild outburst.

“The original civil society members of the TWG were excluded and they offered no explanation whatsoever. Walang invited na other parties who would’ve validated their decisions. Sila-sila lang to. And as a civil society organization, may nakikita kaming mali dito.”

Atty. Fortun also lamented on the instances where transparency were thrown out of the window by DOTr LTFRB as early as November last year, as the so-called new TWG members convened on the 20th of November, and then on the 5th of December and secretly again on the 11th and 12th where they were able to constitute the members of the new TWG, revised the guidelines of the pilot and also decided on the selection of JoyRide and Move-It out of the 11 motorcycle groups who expressed interest in getting in the pilot program.

LCSP is asking the guidelines on which the new TWG based their decision on favoring JoyRide and Move-It from the other 9 players.

In fact, LCSP is questioning the new TWG as a credible body.

Atty. Fortun and Atty. Inton said that while it seems that what they are doing now is favoring Angkas, they stressed that it is indeed of good consequence to the first motorcycle taxi ride-hailing company, but at the end of the day what they wanted is the creation of a clear and fair parameters, free of corruption and a Technical Working Group that is transparent, impartial and on the side of the commuting public. 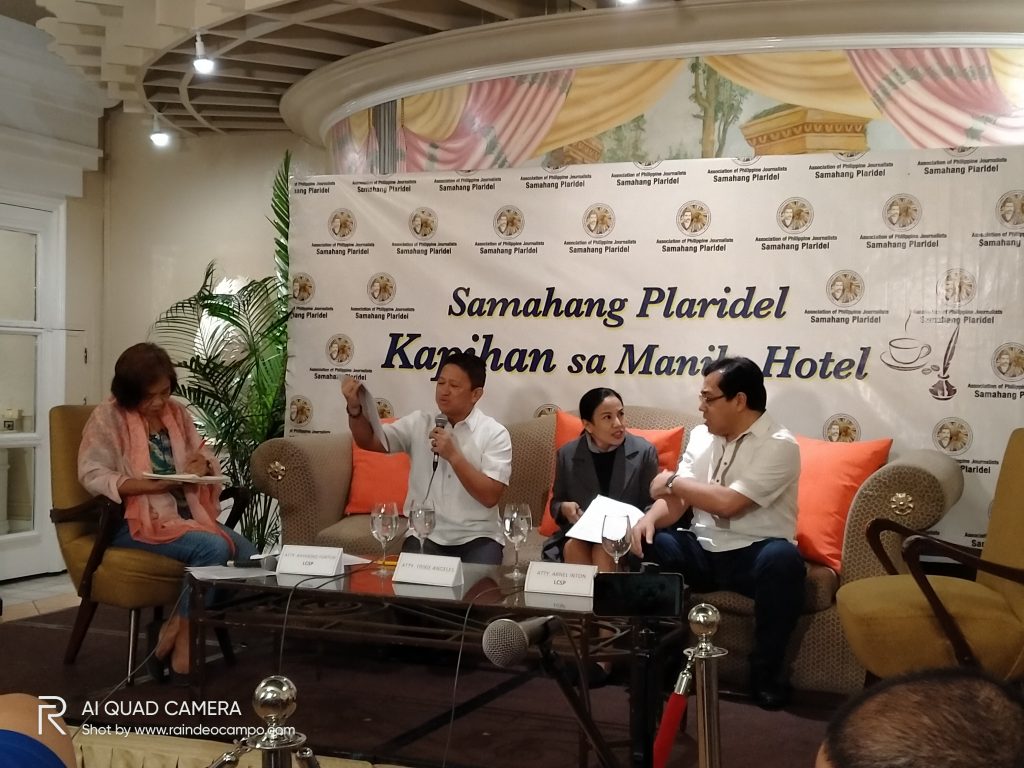 Atty. Fortun in parting warned LTFRB’s TWG that Angkas would have grounds to sue them for unjust and undue injury (and loss).