The Witcher, 6 Underground Top’s Most Watched on Netflix

by raindeocampo 2 years ago2 years ago
200views
0

Netflix has announced its list of the most popular titles of 2019 in the Philippines.

Netflix’s Original ‘6 Underground’ is this year’s most watched title in the Philippines.  Filipino movies such as Mikhail Red’s ‘Eerie,’ Viva Films’ ‘Miss Granny,’ and ‘Ang Babaeng Allergic sa Wifi’ also made  it to this year’s most popular movie titles  in the country. 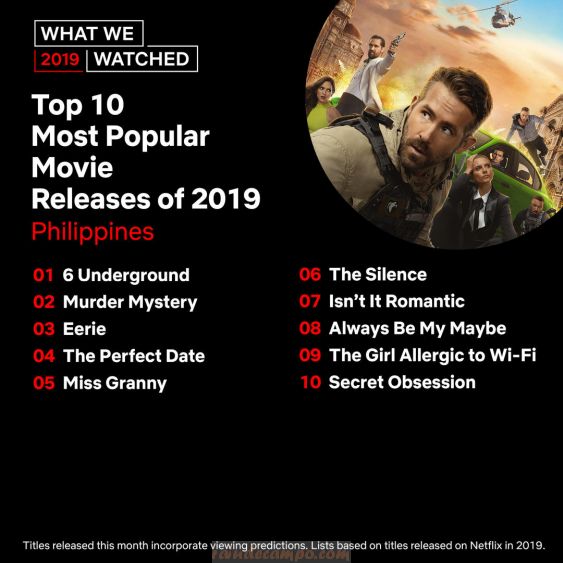 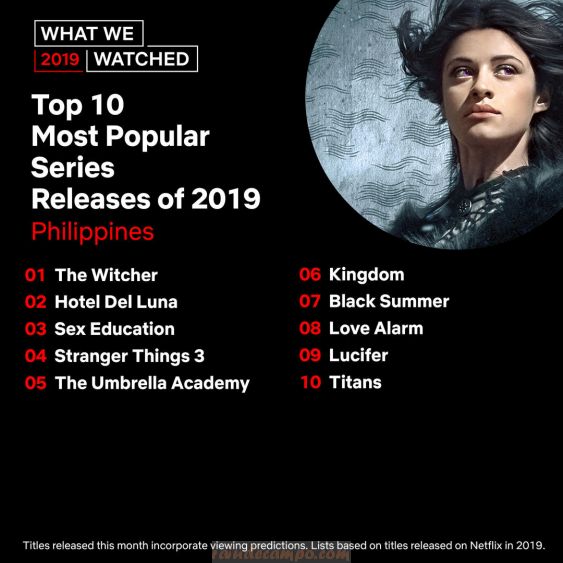 Several other fan favorite Netflix Original Series such as ‘Umbrella Academy,’ Sex Education,’ and ‘Stranger Things’ also made it to this year’s list. 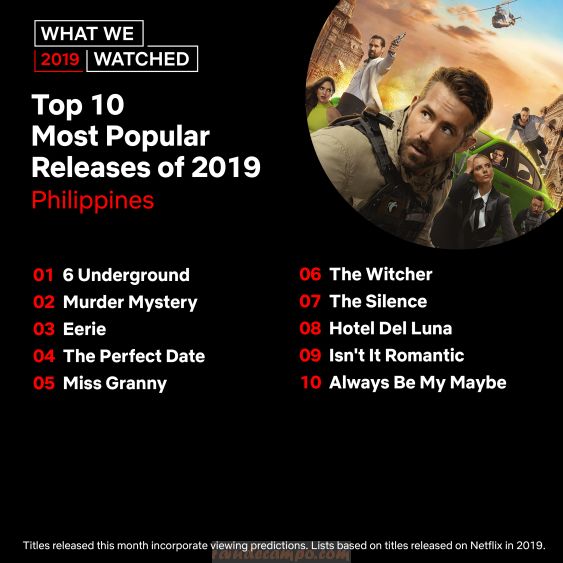 This lineup shows the quality, diversity, and variety of entertainment choices that Filipinos enjoyed on Netflix in 2019, from Filipino to Hollywood and Korean movies and shows, and across multiple genres including sci-fi fantasies, live action, romantic comedies and more.

Follow Me
Latest posts by raindeocampo (see all)
6 underground, netflix, the witcher