Angkas Declares All Out War With LTFRB

by raindeocampo 2 years ago1 year ago
104views
0

Angkas in protest of the new guidelines set by the Motorcycle Taxi Technical Working Group (TWG) for the extended pilot test run once again took their grievance to the street as thousands of angry Angkas bikers gathered along Whiteplains and EDSA Kalayaan Shrine (People Power Monument) on the morning of December 20. 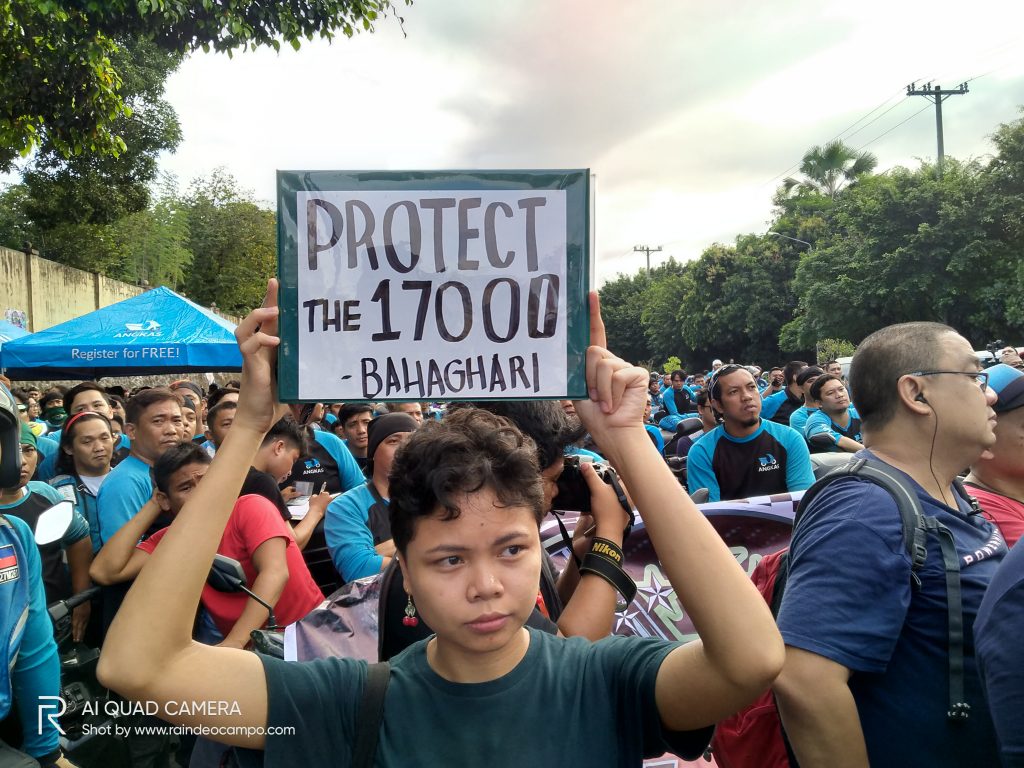 As stated on section 10 of the new guidelines:

In this regard, TWG, chaired by Retired PMGen Antonio Gadiola Jr. of LTFRB and composed of members of LTFRB, LTO, DoTr and I-ACT announces the entry of two new motorcycle taxi players JoyRide and Move-It to the extended pilot test run.

Angkas Head of Regulatory and Public Affairs George Royeca, on the day of the protest, released a public appeal addressed to TWG Chair Gadiola citing some of the major provisions in the new guidelines that they found problematic and may possibly endanger the commuting public. 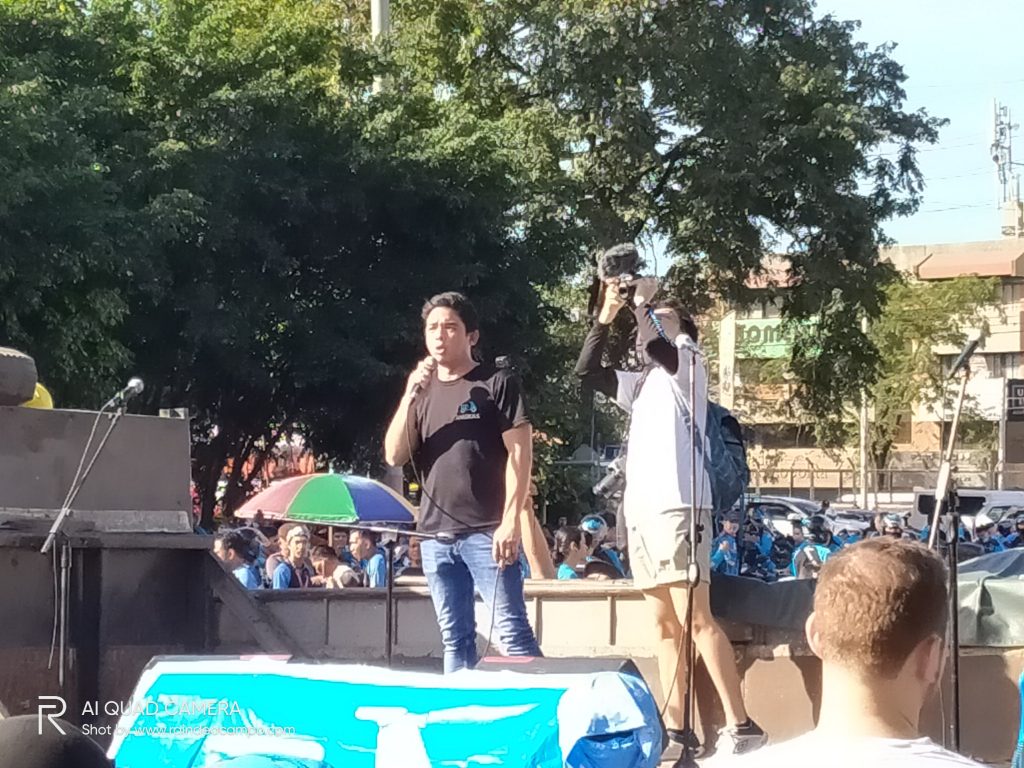 “Tatlong taon na tayo pinapahirapan ng gobyerno, wag sana gawing negosyo ang pilot program ng LTFRB. What they’re doing is not regulation but corruption! We welcome competition but not at the expense of the safety of the riding public.” Royeca said during the protest rally.

Royeca said that setting an arbitrary cap of 30,000 split evenly across 3 players, with the other 2 untested with real on-ground experience is potentially hazardous to the riding public and unfair.

“Joyride claims to already have 7,000 bikers fully accredited to operate after only 3 months. While this does not mean that they are less safe, the TWG should be more cautious given these seemingly lower standards. Angkas has trained 117,000 in 3 years, it has failed over 70% of that to ensure very high and stringent standards resulting to only 27,000 remaining bikers to date.” Royeca explained in the letter.

Angkas Head of Operations David Medrana revealed during the press conference that some of the bikers that they have failed or even banned are now with the new motorcycle companies.

Royeca also pointed out that the proposal of Angkas to require participating companies to have dedicated Emergency Response Team with proper qualifications as well as a network of partner hospitals were omitted in the new guidelines.

Angkas is also protesting the arbitrary capping of the motorcycle engine max to 150cc saying that LTFRB is in fact reducing the safest bikes on the road with this rule. About 30% of Angkas bikers own a bike between 155 to 200cc.

LTFRB in turn released an open letter to Angkas on its social media page during the holidays calling out Angkas for making a scene, creating an emotional blackmail and accuses the group as in the process of securing a monopoly.

Royeca in a statement answered,

“There is no monopoly! We are in a pilot program, there is no law yet. When law is passed and standards have been set – this will be open to competitors so long as they met the requirements. What monopoly are they talking about?”

However, the LTFRB post gathered more negative reactions and pro-Angkas sentiments from netizens than those agreeing to the new TWG’s decision.

Some even questioning the owners of the new motorcycle taxi companies and their possible connections with politicians and even with DoTr, LTFRB and the new TWG.

“How much did JoyRide and Moveit pay #LTFRB to act as a recruitment firm? Let them hire their own people. Why do you keep pushing these people to work for their competitors? Where’s the freedom? You are not paid tax money to make stupid road rules. Why not put a cap on buses that runs along EDSA? Let’s start with that. “Open-letter” your face. You did the same thing with Uber/Grab, just look at what’s happening.”

Royeca on the other hand said:“

“One thing is clear, the new Technical Working Group – composed mainly of DoTr groups – does not care about the safety of the riding public!”