by raindeocampo 2 years ago2 years ago
233views
0

WRITE ABOUT LOVE is the solo directorial debut of Crisanto Aquino who is known to have worked as co-director and assistant directors in other films like “My Rebound Girl”, “Bulong” and “Everyday I Love You” – to name a few.

His film is one of the most anticipated entry in the MMFF 2019 and one of the final four films to make it to the line up. And it is in fact the only solid RomCom entry for this year – so that will definitely translate to a wonderfully niched audience reach.

The script for WRITE ABOUT LOVE is also written by Aquino together with Janyx Regalo. And probably one of the most important element in this film is the scoring of the “master” Direk Jerold Tarrog who will probably bring home the bacon “again” on this one.

So what are my thoughts about this film after watching it?

I have to be very honest in saying that I am really not much of a fan of RomComs and heavy dramas – it’s not that I don’t like them, but I just don’t really enjoy the idea of having to cry over other people’s love and relationship problems because I tend to cry easily. I’d cry over Disney animated films as well – it’s who I am.

Well anyway, WRITE ABOUT LOVE is different! Different in a way because it’s not your typical “Boy Meets Girl” love story – although there’s that element where Female Writer (Miles Ocampo) meets Male Writer (Rocco Nacino) for the first time during the early part of the film – but the story did not linger on that moment as “the” moment that will define the whole story.

It’s confusing I know! But that is what the film is all about because you’re going to see here two stories intertwined and coming together towards the end. One story tells about the writers (Miles and Rocco) and another story tells about the two fictional characters that they’re trying to develop – Joyce (played by Yeng Constantino) and Marco (Joem Bascon). Their stories happening all at the same time and trying to beat the same “DEAD” line. And by highlighting the word DEAD – well, that means you’ve got to see the film to know why.

More than anything, the story of WRITE ABOUT LOVE is really about RELATIONSHIPS. Here LOVE is more than a feeling – it’s an action word! Something that you need to choose, decide and show. And each of the characters (even the supporting roles) will have their say about this truth in their own personal stories.

Miles and Rocco in this film are an awesome pair! They’re so natural and despite not having the chance to work before in a film project together, the two has proven through this movie why they are local cinema’s finest acting talents.

Yeng and Joem too are a lovely couple! I can’t stress enough how much I admire the acting skills of Joem – this guy is really one of the gems! Yeng Constantino did not disappoint either. 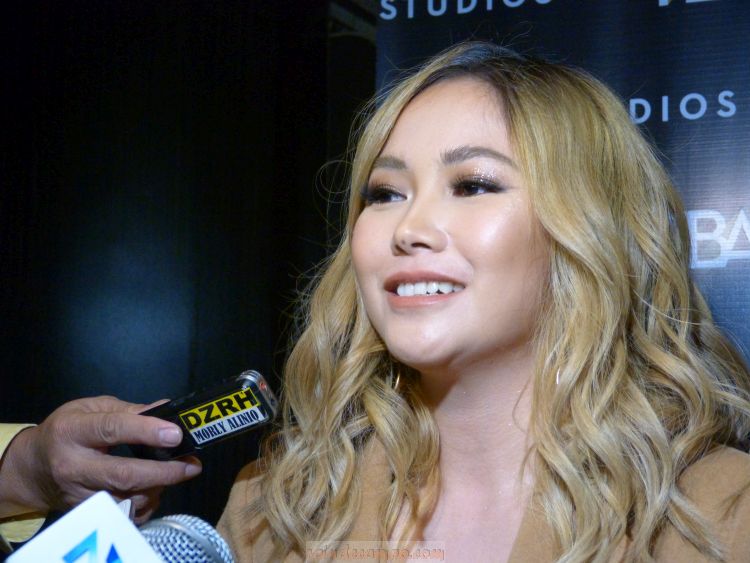 My biggest take-away in this movie is that until we expire WE ARE ALL IN THIS WORLD AN UNFINISHED STORY! EACH A ONE-OF-A-KIND MASTERPIECE ABOUT LOVE!