by raindeocampo 3 years ago3 years ago
244views
0

Atty. Victor Pablo Trinidad, Head Executive Assistant and FOI Decision Maker of the Metro Manila Development Authority (MMDA) announced during a press briefing yesterday (December 16, 2019) that with the lack any provisional notice allowing the operation of new app-based motorcycle taxi in Mega Manila, they have no choice but to consider them as illegal and will apprehend them on sight.

As of today, the only app-based motorcycle taxi group that was given right to operate in Mega Manila by congress and the Technical Working Group (TWG) under the 6-month pilot program is Angkas. 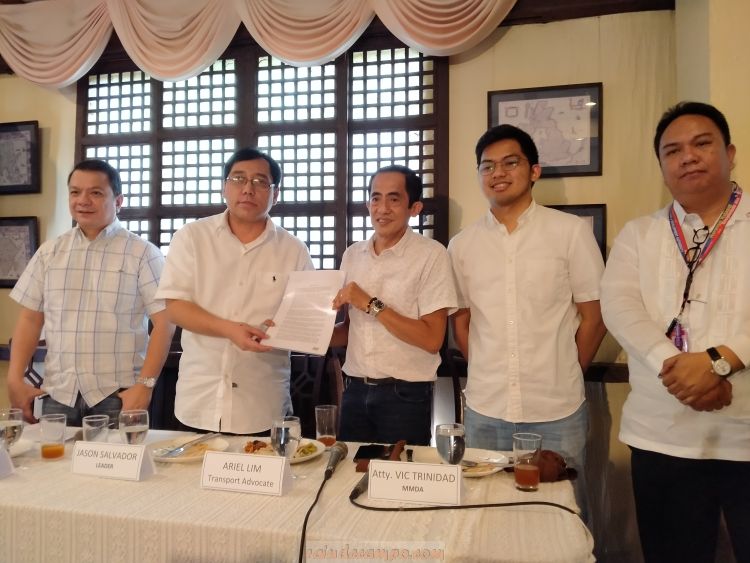 The press briefing was held at the Bonifacio Room of Ilustrado in Intramuros, Manila and is led by Atty. Ariel Inton of the Lawyers for Community Safety and Protection (LCSP) and Jason Salvador the Managing Director of the Legal Engagement Advocating for Development and Reform (LEADER) representing the civil society groups formerly called to convene as part of the original TWG and were excluded in the so-called recent “secret meeting” of the new TWG composed of the Department of Transportation (DoTr), Land Transportation Franchising and Regulatory Board (LTFRB), Land Transportation Office (LTO), and the InterAgency Council for Traffic (IACT).

Inton and Salvador said that despite regular follow-ups and requests for updates on urgent issues like the pilot run of a motorcycle taxi app, original members of TWG that DoTr and LTFRB previously convened were not included in the recent meetings of which recommendations for an extension to the pilot run and the inclusion of new players were decided upon.

This has prompted the excluded TWG members (LCSP, KOMYUT, LEADER, Move Metro Manila, and Transport Watch) to file a petition for Congress and the Senate to look into the irregularities surrounding the procedure in deciding on the pilot run and to call for transparency and inclusivity in the decision-making process.

The lack of updates and proper consultation with stakeholders were the reasons the excluded TWG members filed a petition calling on Congress and the Senate, from which the original directives to conduct a technical working group assessment last year came, to look carefully into the matter and hasten the passage of a law legalizing and regulating motorcycle taxis.

“The TWG is supposed to monitor the safety of the riders and the riding public using data collected, by Angkas, within a six-month period. Despite repeated requests from the sector for the TWG to convene, a secret meeting was conducted, last November 2019, with solely government agencies in attendance, to make an assessment. Hence, the consumers, advocacy groups and other stakeholders, were excluded from decision-making. This prompted us to ask for updates from those who were present and pleaded that the complete TWG be convened in the future.”

Jason Salvador of LEADER stated that lawmakers had enough time to act on the proposed motorcycle taxi legislation.

“When we were doing the first TWG assessment, we were very strict about the parameters that needed to be met before any service can be done,” Salvador said. “We even went to the sites of the proposed motorcycle taxi training area. Sumakay pa ako mismo sa motorcycle taxi para malaman ko mismo kung pwede ba talaga,” he added.

On the other hand Atty. Trinidad of MMDA acknowledged the importance of the motorcycle taxi test run, saying that he wasn’t able to attend any TWG meeting as well because the invite for the meeting came just one day before the meeting date.

“The MMDA is one of the law enforcement agencies included in the TWG so it is in our best interest to find out what is happening in the test run,” Trinidad stressed. “We started out the TWG with strict parameters. We need parameters or else there would be problems with graft and corruption, which is a serious offense. Papasukin natin sila sa test run pero ayon sa parameters na ginamit namin nung umpisa at naaayon sa traffic. We must level the playing field,” he added.

Also present during the press briefing is Ariel Lim, adviser and consultant of the office of Senator Grace Poe and head of the transport advocacy group Usapang Transport Poe.

The petition was handed over by Atty. Inton to the office Senator Grace Poe through Ariel Lim during the press briefing with the hope that congress will expedite process on looking into these irregularities. 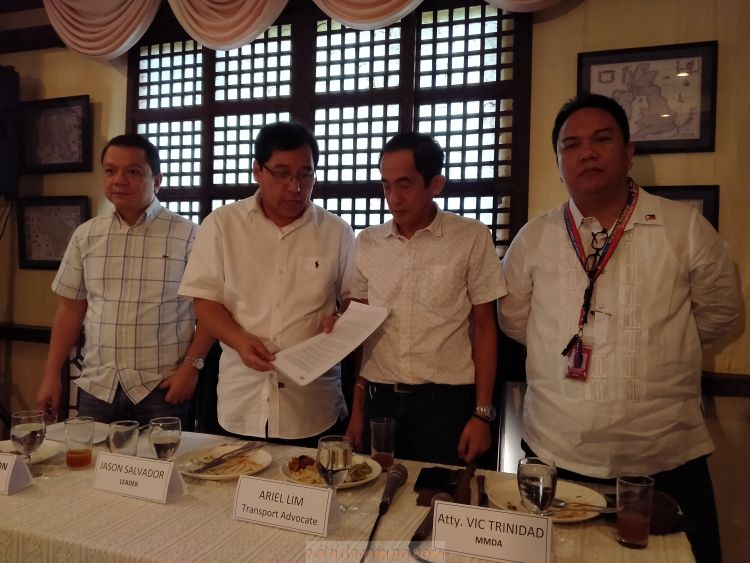 Ariel Lim who was present during the latest meeting convened by DoTr, LTFRB and the so-called new TWG said that he was surprised to see that aside from Angkas, five (5) new motorcycle taxi groups were also allowed to make their own presentations to the group – it was very unexpected.

Lim also clarified that the group did not arrived at any decision regarding both the extension of the pilot run and the inclusion of new app-based motorcycle taxi players in the program. Which raises questions on which TWG have made the decision about this matter.

Inton’s group and their concerns are also being downplayed right now as being a pro-Angkas group that aims to secure the app-based motorcycle taxi a monopoly on the market.

Inton said that they are on the contrary pro-competition and clarifies that it was congress who have decided on the fate of Angkas and not them – their participation was only as part of the consulting group of the TWG which seeks for the safety of the riding public and to set parameters on which these motorcycle taxis should operate.

So what the group is trying to say is that safety and parameters were clearly thrown out the window with the latest move of DoTr and LTFRB. And as far as MMDA is concern, Angkas is still the only legally operating motorcycle taxi in Mega Manila.