by raindeocampo 2 years ago2 years ago
142views
0

The Lawyers for Commuter Safety and Protection (LCSP) represented by Atty. Ariel Inton, Atty. Raymond Fortun and its secretary Vicente Jayme Topacio announced last Monday that they have filed a petition for injunction initially against five (5) identified app-based Motorcycle Taxi groups operating in Mega Manila and outside the prescribed pilot program on the grounds of safety and fair play.

“The commuting public should not be used as guinea pigs by fly-by-night motorcycle taxi operators with zero track record,” Atty. Inton said during the press briefing. 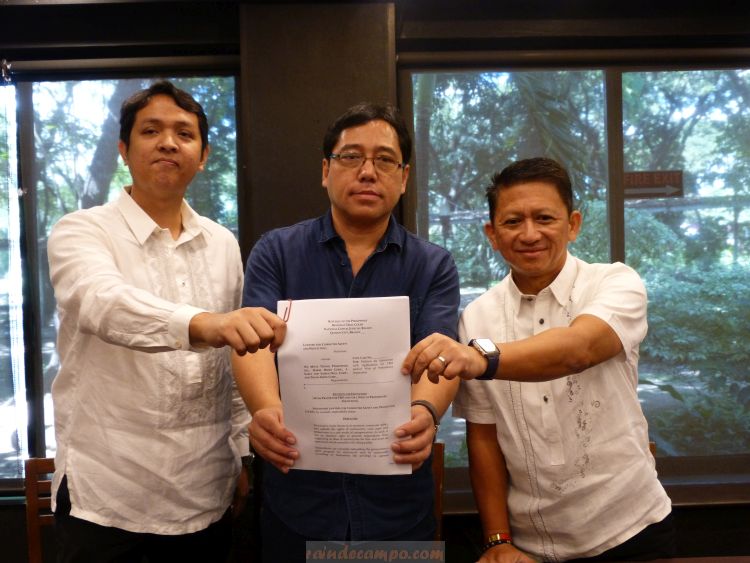 Atty. Inton, a former Land Transportation Franchise and Regulatory Board (LTFRB) member, said that LCSP’s main thrust is to promote commuter safety and uphold the rights of commuters, road users and pedestrians to a safe mode of transportation. As such, he stated that it has an absolute right to prevent respondents from organizing its fleet of motorcycles for hire and avert its operations which prejudice the riding public.

“The respondents are currently sabotaging the government’s pilot program for motorcycle taxis by unilaterally according to themselves the privilege to operate motorcycles for hire in the guise of addressing the traffic situation in Metro Manila, Metro Cebu and other urban cities,” Atty. Inton stressed during the press briefing. “At the outset, it should be pointed out that respondents commenced the roll-out of their motorcycle taxi business without any franchise from Congress or permit nor authority from the Department of Transportation (DOTr),” he added.

A Quick Backgrounder on the Pilot Program

Early this year, the House of Representatives passed Resolution No. 2449 urging the DoTr to implement a pilot program allowing, monitoring, and regulating the operation of duly registered and organized motorcycles-for-hire as an alternative public transport utility.

DoTr then instructed various agencies to form a Technical Working Group (TWG) composed of stakeholders and experts from the government and the private sector to discuss issues attendant to the prospect of two-wheel vehicles operating as public transport.

Atty. Inton is also a member of this TWG and participated in the assessment sessions held prior to the recommendation of the pilot run.

The TWG was tasked to identify motorcycle types eligible to be licensed, taking into consideration factors like engine displacement, carrying capacity, operating speeds, routes, seat and helmet requirements, and training requirements for drivers, who will eventually need to obtain a public utility vehicle (PUV) registration.

Upon the recommendation of the TWG, the DoTr allowed the six-month pilot test for motorcycle taxi operations in the Philippines starting in July of this year. Since only the motorcycle ride-hailing app Angkas had been established and operating with an eight-month track record at the time, Angkas became the sole subject of the pilot program which will end in December.

The five motorcycle taxi companies who are identified as the respondents in the LCSP petition are neither accredited by the TWG nor part of the pilot program. 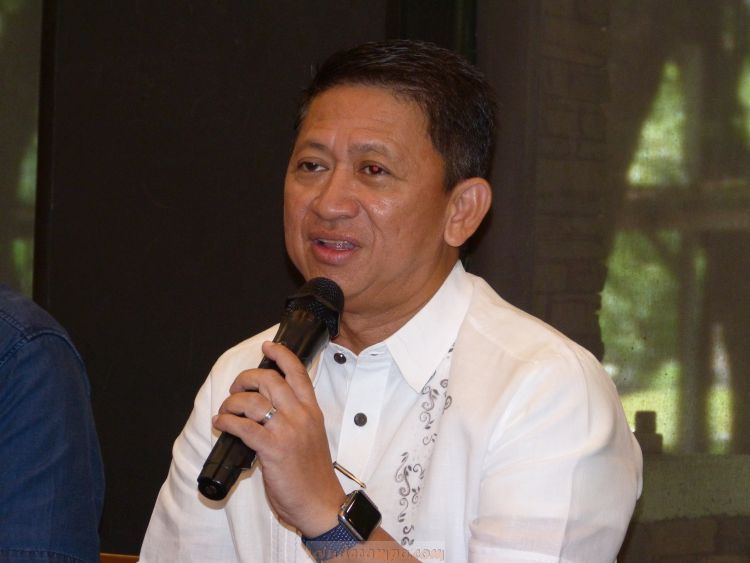 “We have requested an immediate restraining order to prevent grave and irreparable damage to the riding public in general, and to the pilot program in particular,” Atty. Fortun said during the conference. “Moreover, any accident during this critical period will also sabotage the pilot program,” he added.

According to the petition letter that the LCSP submitted to the Regional Trial Court of Quezon City Tuesday, December 3, “Combined, thousands of motorcycles illegally booking and transporting passengers ply the roads, unduly exposing petitioners’ members to road hazards and increased risk of accidents.”

“It bears stressing that the pilot program was undertaken precisely in view of the absence of any legal framework currently regulating motorcycle ride-hailing apps,” Atty. Fortun declared. “Its objective is to ‘road test’ the operation of a motorcycle ride-hailing app to enable the government agencies to ascertain the safety and viability of its operations and, more importantly, to allow the agencies to craft the appropriate regulatory framework based on the data that would be gathered during this period of experimentation,” Fortun added.

Inton stressed that motorcycle taxi operations are being conducted outside of the pilot program of the DoTr, defeating entirely the essence of the ongoing pilot testing and exposing the riding public to grave risks. 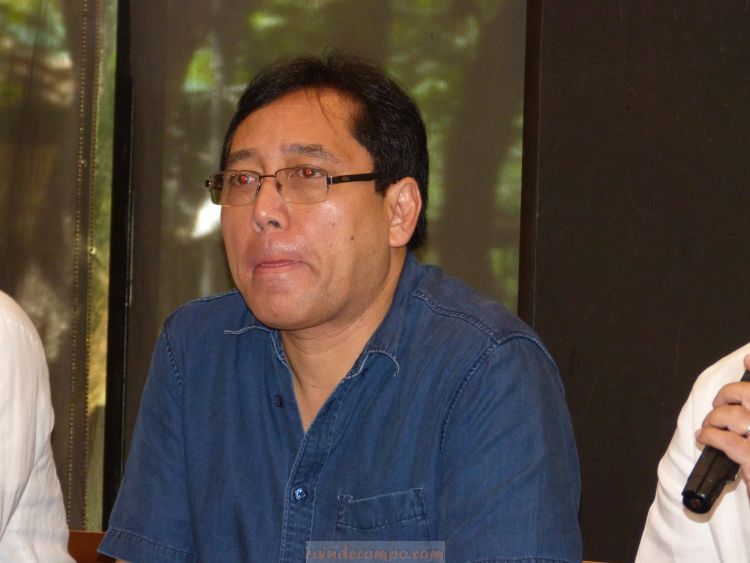 Inton stressed that the pilot period, by its very nature, cannot be considered free for all who might want to engage in the same business precisely because of the absence of any law policy regulating the activity.

“It will be far too precarious to expose the riding public to the risks of allowing zero-track record entities to operate a motorcycle ride hailing app without the proper regulatory framework yet in place,” he noted.

The five motorcycle taxi companies identified as respondents in the petition were reported to have surfaced and have begun the onboarding of motorcycle bikers and commenced accepting bookings for the transport of passengers via Facebook.

“All of these acts are being done by respondents without having been made part of the Pilot Program for motorcycle taxis,” Inton stressed.  “Their reckless and brazen conduct of pre-empting the government agencies in hopes that they too might eventually be included in the pilot program despite lack of track record and qualifications only prove how the government and the public cannot trust these entities,” he added.

Inton also raised the issue of the TWG continuing to meet without the presence of critical members, which is highly irregular.

“It has also come to my attention that the TWG, in which I am also a member, has been deciding on certain matters without some of its members,” Inton revealed. “Since the start of the pilot run, I have never been invited to meetings and discussions and now I heard that they have been convening, which is not only irregular but rather suspicious and unacceptable,” he added. 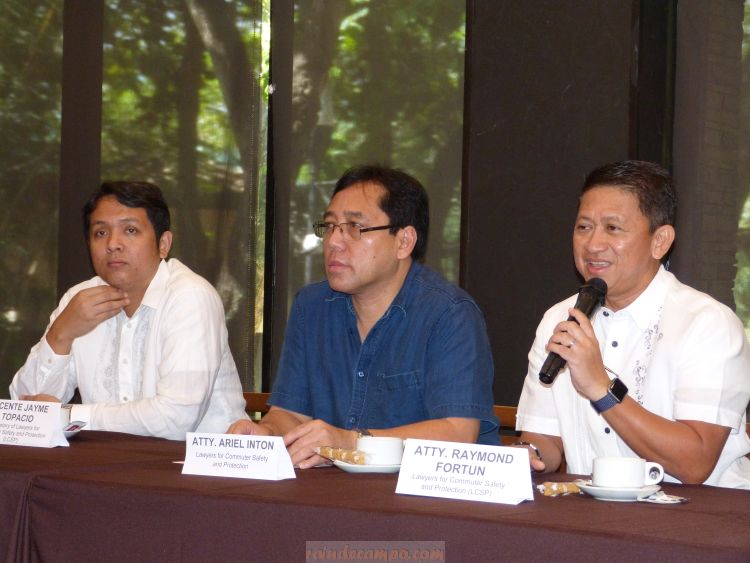