Write About Love is MMFF 2019’s Must Watch RomCom Movie

by raindeocampo 1 year ago1 year ago
88views
0

Write About Love is MMFF 2019’s movie-within-a-movie to watch!

By employing an imaginative movie-within-a-movie storytelling treatment in Write About Love, Writer & Director Crisanto B. Aquino has provided a fresh take on how art imitates life and vice versa.

Call them romcoms or light-hearted dramas but given how well-received these kinds of films are at the box office, it’s reasonable to conclude that love stories are big with Filipino audiences. 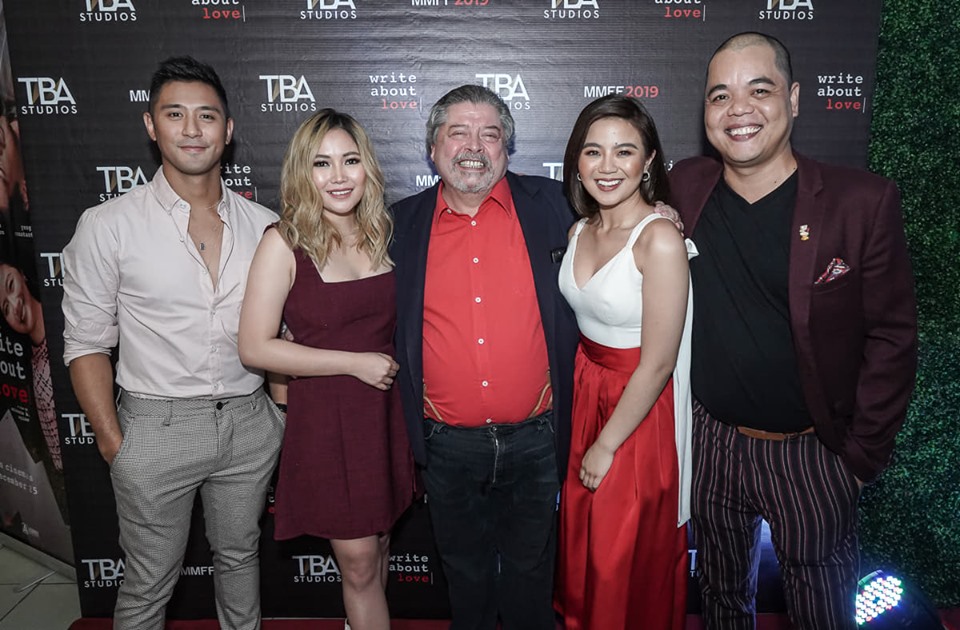 But do great love stories just write themselves? How easy is it for screenwriters to develop a romantic film that will resonate with the masses? If Write About Love, TBA Studios’ entry for the 45th Metro Manila Film Festival is any indication, the answer is it’s anything but easy.

As our heroine known simply as Female Writer (played by Miles Ocampo) learned the hard way, writing a script that will get a major studio to greenlight the project for filming is not without its own pitfalls. A hopeless romantic, she succeeded in getting one foot inside the door by initially presenting an original story called Just Us to a whole team of studio executives.

A few days later, however, she gets a call back: Sorry, she’s told, but there’s an upcoming film with a similar plot. But all is not lost. The studio heads would like a rewrite but only under the guidance and direction of a more experienced scriptwriter

Enter Male Writer (Rocco Nacino), whose last film project became a box office hit. Working together with a seasoned writer meant not just a few but a lot of dynamic changes to the original script.

No more boy meets girl and the subsequent stages of falling in love (i.e. friendship, attraction, denial). To the studio heads and Male Writer’s point of view, Just Us should be written as purely, a relationship story.

Enter the script’s characters namely Joyce (Yeng Constantino) and Marco (Joem Bascon) who are celebrating their first 100 days as a couple. In the script, Marco works as a construction engineer while Joyce is a talented singer for an up and coming band.

The two writers must now find ways to complicate this initially happy relationship and inject the script with all sorts of drama. So that by the time the fictional couple reaches their 200-day anniversary, things were already rocky for Joyce and Marco. And it all finally came to a head when Marco makes Joyce choose between him or her career.

As the two screenwriters with contrasting views on love and relationship further develop the story, they start to realize that many of the choices and circumstances in Joyce and Marco’s lives are actually mirroring their own.

Like Joyce, Female Writer also comes from a broken family and is trying to find some sort of silver lining by creating a script based on her parents’ own love story which started as sweet and movie-worthy until her father left them for a woman he depicted as his “one great love.”

Unlike the “true-to-life” story which Just Us is based on, Female Writer wants to end her story on a happy note. Like Marco who later faces what seems to be something insurmountable midway to the story, Male Writer is also dealing with his own personal struggles, unbeknownst to Female Writer. As the two writers slowly begin to set aside their differences and work together to create a compelling and believable story about love that movie audiences can relate to, the writing process leads them to a fulfilling path of self-discovery.

In the end, they realize what it truly takes – to write about love. Write About Love will show viewers that writing a love story is as personal as it gets. Like Marco who becomes a total wreck when Joyce chooses her career, a parallel story in real time will show Female Writer getting hurt when Male Writer suddenly leaves her in the middle of an immersion trip just when things are beginning to click for both of them.

They may not realize it but the two writers are actually living in the movie that they themselves created.

How it all plays out for both of them as well as for Marco and Joyce is what makes Write About Love stand out as it does away with all the contrivances that has characterized many other romcoms as of late.

Director Crisanto B. Aquino who co-wrote the script with Janyx Regalo is known for being the country’s most sought after First Assistant Director and has worked with the likes of directors Chito Roño, Olivia Lamasan, Rory Quintos, Laurice Guillen, Cathy Garcia-Molina and the master himself, Jerrold Tarog. 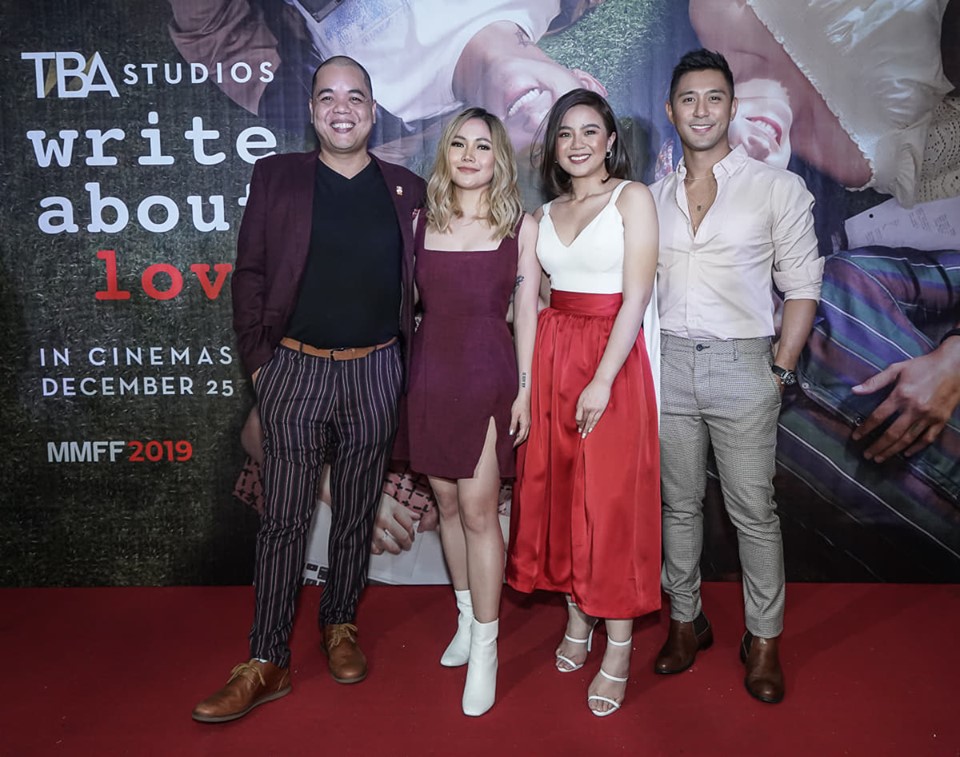 Clearly, this director knows what works and what doesn’t work. By employing an imaginative movie-within-a-movie storytelling treatment in Write About Love, Aquino has provided a fresh take on how art imitates life or vice versa.

Such a refreshing new approach to the genre may likely set some sort of a template for how love stories are presented on the big screen from hereon.

As further enhanced by the equally winning score by TBA’s most celebrated filmmaker Jerrold Tarog, it may not be surprising at all if Write About Love emerges as the sleeper hit of this year’s MMFF 2019.

Write About Love opens December 25 in cinemas nationwide and is TBA Studios’ official entry to the MMFF 2019. It recently received a G rating (suitable for all audiences) from the MTRCB and a B-Grading from the Cinema Evaluation Board.