QCinema 2019 Best Actress Janine Gutierrez Tells Us Why We...

by raindeocampo 3 years ago3 years ago
281views
0

Kapuso actress JANINE GUTIERREZ shared to the media why BABAE AT BARIL is a movie that Filipinos shouldn’t fail to watch at the QCinema International Film Festival.

BABAE AT BARIL in fact got three out of the 9 major awards of the festival’s Asian Next Wave Competition which includes Best Actress (Janine Gutierrez), Best Director (Rae Red) and the Gender Sensitivity Award.

In a press briefing held in Quezon City a day before the official launch of the QCinema International Film Festival, BABAE AT BARIL lead actress Janine Gutierrez and writer-director Rae Red said that the film is proudly female-led from its production to the cast.

Janine said that she immediately fell in love with the story of the film and is very thankful to have been given the opportunity to be a part of it. She also said that the story will revolve around the life of a poor (and powerless) saleslady and the gun that she accidentally found and how it will transform her into a very different person.

It’s worth watching because it does not not only appeal to women but to everyone who at one point in their lives who have experienced oppression.

Apart from being a fashion muse, an international endorser, and a sought-after cover girl, Janine is undeniably one of the most regal actresses today – the award she got at QCinema only cemented that fact. 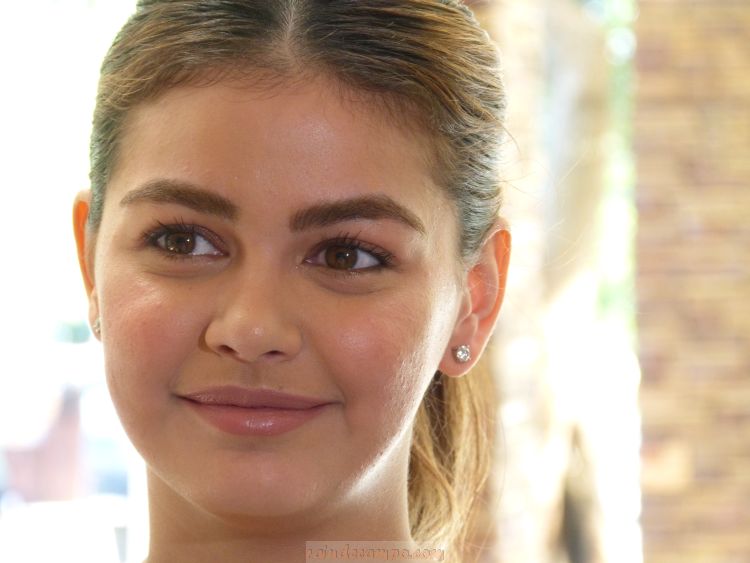 BABAE AT BARIL is presented by Cignal Entertainment in partnership with EpicMedia and is one of the recipient of the 1.5M Pesos M Production Grant. The movie is still being shown at Gateway Mall, Ayala Trinoma, Robinsons Galleria, UPFI Cine Adarna, Cinema 76 Anonas, and Cinema Centenario.

Here’s a clip of our interview with Janine Gutierrez: