Angkas is Proof That Public-Private Sector Can Work Together to...

To help find the best solutions to the traffic congestion problem in the Philippines, a 2-day Roads and Traffic Expo is currently being held at the SMX Convention Center in Pasay City.

I am putting the stress on the S on solutions because I believe that there is no one solution to this perennial problem especially here in Mega Manila.

Traffic is a complex problem that would require an even more complex solution. Aside from political will on the part of our government leaders, the success of every endeavor is also dependent on the level of commitment and cooperation of everyone from the public and private sector. This is the challenge that the expo is basically trying to address.

The discussion is moderated by Ms. Amor Maclang, the Director of Transport Watch. 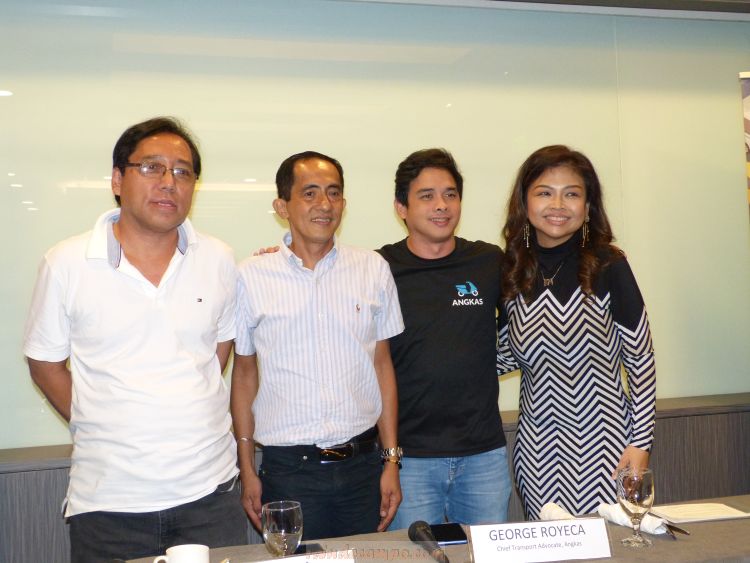 The panel discussed best practices on public-private partnerships in addressing the lack of mobility in the country’s cities as well as affordable, inclusive, and efficient transport options.

In a study done by the Japanese International Cooperation Agency (JICA), the agency projects that the Philippines will lose 5.4 billion pesos every day by 2035 if the traffic congestion problem is not properly addressed.

During the media briefing held at the Meeting Rooms 2 and 3 of the SMX Convention Center with Lim, Royeca and Inton, Amor Maclang laid down the general aims of the Transport Watch group as well as the expo which are:

Lim shared that to solve the traffic problem of the country, it requires political will and discipline from both the public and private sector. He also mentioned that getting all our trains in full operational capacity, adding control on the sale of vehicles and the strict implementation of all transportation rules and regulations especially on the granting of license to drivers are some of the main activities that can have the biggest impact on our traffic and road safety problem.

On the part of Angkas, Royeca emphasized on the importance of collaboration between the public and private sector in providing better transport options.

“It’s everyone’s fault!” Royeca said with regards to the traffic problem in the Philippines.

He also said that infrastructure is the ultimate solution but it’s long term and that’s why what we need now is a non-infrastructure transition solution to help the public while we wait for these infrastructures to materialize.  And this is where the government see the value of Angkas.

“Angkas is not the be-all, end-all solution to traffic – no single agency or company can do that. But because of our current partnership with DoTr, we’ve shown that we can at least ease the traffic by providing an inclusive transport option,” Royeca added.

Royeca said that while Angkas may be seen as an interim solution to the transportation problem of the country, its services can easily be modified to service Filipino commuters some other ways even when transportation solution infrastructures are already in placed. 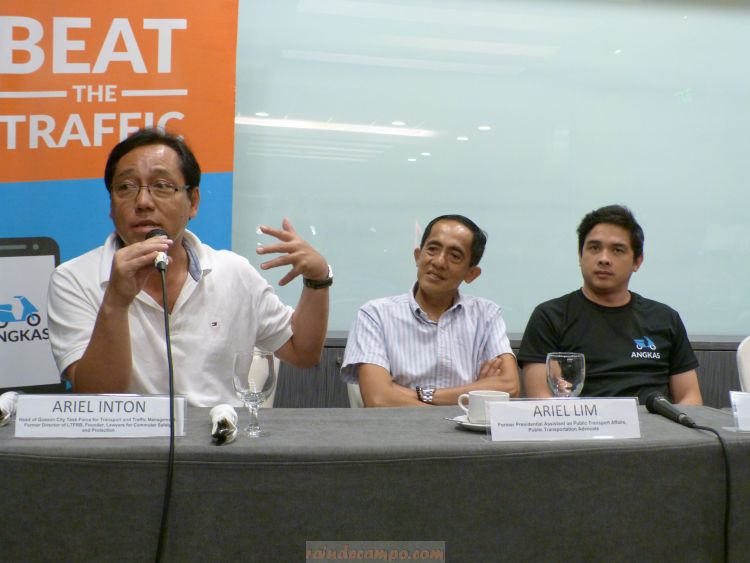 Inton on the other hand praised Angkas for their contributions in helping ease the burden of thousands of commuters who deals with with the Metro traffic every single day.

The group are also pushing for the institutionalization of motorcycle education.

Angkas is currently on the 2nd month of its government-sanctioned pilot run and has become a case study for the successful partnership between a private enterprise and the government. Royeca maintains that Angkas is still making good of their 99.997% safety record despite initial speculations.

It is proof that public-private partnership is possible when it comes to promoting road safety and helping the commuting public with the metro traffic situation.

Angkas is hopeful that after the pilot run, they’ll soon be able to get the approval of the government.