5 Things to Watch Out For at SM Cinema this...

by raindeocampo 1 year ago1 year ago
147views
0

The ber months signify the start of the holidays and SM Cinema is kicking off the festive season with Halloween spooks!

As the season for creepy décor and trick-or-treating ushers in, SM Cinema brews up spine-tingling activities for movie lovers. From film festivals, concert movies and installations that take moviegoers into the world of villains, here are some of the frightfully awesome things that SM Cinema moviegoers can look forward to this October!

SM Cinema continues to make efforts to incorporate inclusivity in their reel to real promise. With the arrival Maleficent 2: Mistress of Evil, SM Cinema is putting up an interactive exhibit at S’Maison on October 8-Oct 16 and SM Southmall on Oct 17-23.

The installation will use Braille to allow all children to enjoy the movie experience, including the visually impaired. Maleficent 2: Mistress of Evil will be showing in SM Cinema theatres starting October 16. 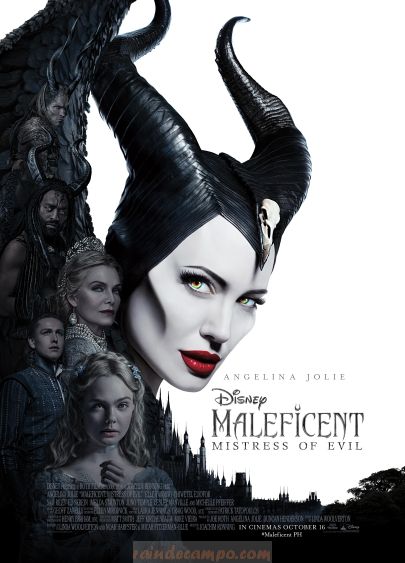 This unique and gritty take on the iconic DC Comics villain, was met with glowing reviews and wide critical acclaim following its premier at the Venice Film Festival, setting the bar high for moviegoers and fans of the character.

The movie follows Arthur Fleck a.k.a. The Joker, a failed stand-up comedian and a man disregarded by society who turns to a life of instilling chaos in Gotham City. SM Cinema will hold the advance screening of Joker on Sept 30 at IMAX Sm Aura Premier.

Finally, the star-studded Zombieland 2: Double Tap is on its way to SM Cinema for more zombie-killing action!

The Zombieland sequel follows the makeshift family composed Tallahassee, Columbus, Wichita and Little Rock are faced with more evolved zombies, fellow survivors, and the growing pains that come with their little dysfunctional family. The advance screening of Zombieland will be hosted by SM Cinema at Megamall on Oct 21.

SM Cinema’s Sine Sindak Horror Film Festival is back on its second run with four movie titles—Only Mom, Hex, Look Away and Door Lock–that are sure to scare the bones out of moviegoers!

To add more excitement and fun, SM Cinema will also be giving special prizes to moviegoers who will come in their best Halloween costume. 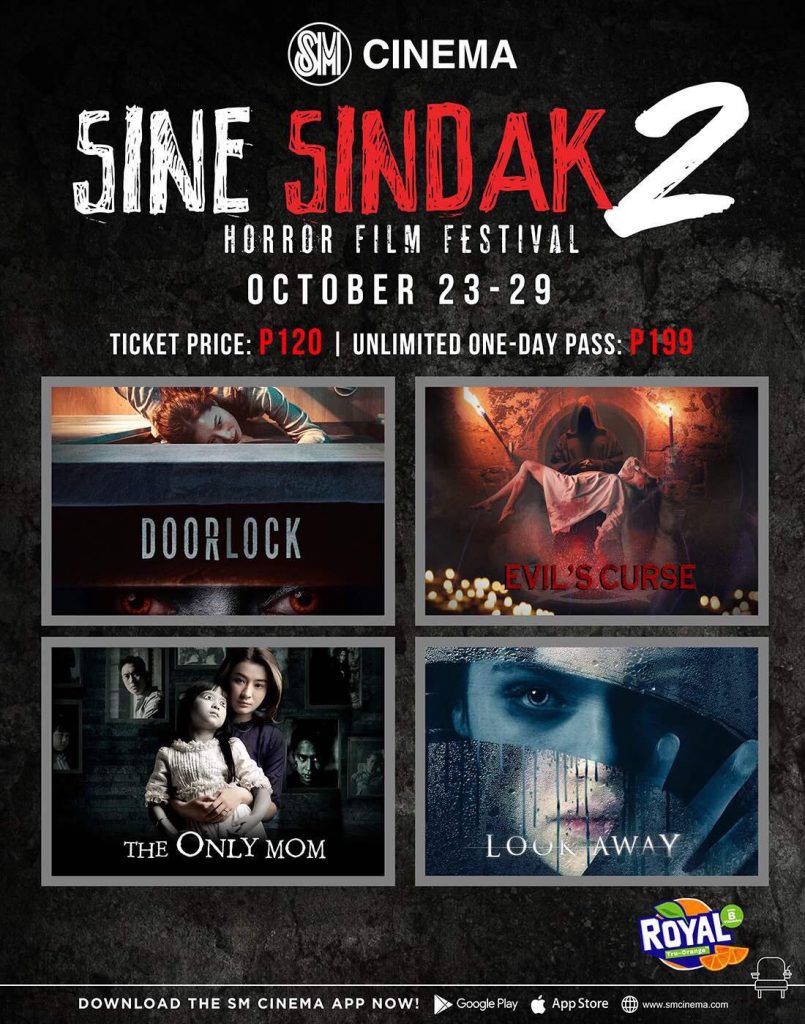 For those who would want to kick off the holidays fright-free, SM Cinema has is exclusively offering at select branches one night-only concert films–Shakira on Oct 9 and Metallica with San Francisco Symphony 2 on Nov. 16.

Fans can get a glimpse of their favorite stars at the red carpet events which will both be at SM Megamall. Isa Pa with Feelings opens on Oct 16. Unforgettable will be shown beginning Oct. 23.

You may also follow /SMCinema on Facebook and @SM_Cinema on Instagram for updates! Satisfy your cavings at Snack Time, the official food concessionaire of SM Cinema, which offers a wide array of snack like popcorn, hotdogs and burgers to complement your movie watching experience. Follow /SnackTimeOfficial on Facebook for more information.