by raindeocampo 2 years ago2 years ago
202views
0

Tanduay remains to be the world’s number one rum outperforming all the other foreign rum brands based on the latest reports of Drinks International.

To celebrate, Tanduay announced earlier today during a media conference held at Century Park Hotel Manila that they will be the title sponsor for the very first Rum Festival in the Philippines which will be held in Bacolod from August 17 to 24, 2019. 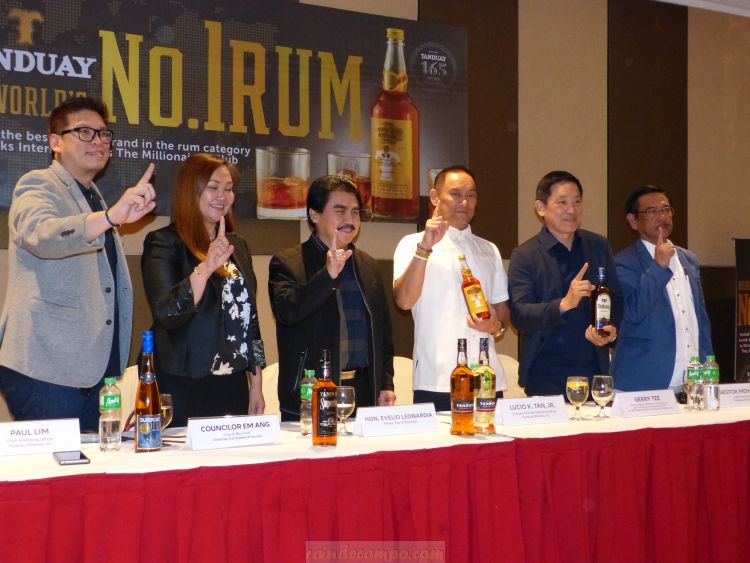 On August 17, the festival will feature an Open Kitchen Competition and a Mixology Contest. Participants will be asked to make dishes and cocktails using rum, and will be judged by prominent culinary and mixology professionals.

The first day will also open a food bazaar that will feature various local Bacolod and rum-infused dishes.

From August 19 to 23, a Street Art and Barrel Art painting will be held to showcase Bacolod’s local artists.

On the 24th, a 5k Rum Run featuring a mini obstacle course where participants will go through a mud crawl and a cool pool dip.

Following the race is a street dance parade and contest. Interested participants can form a group of 30. They can also make their own mini floats and join the colorful Rum Festival Float Parade to win cash prizes.

The Bacolod Rum Festival will end with a concert featuring rock bands and hip hop artists from the province and Manila. 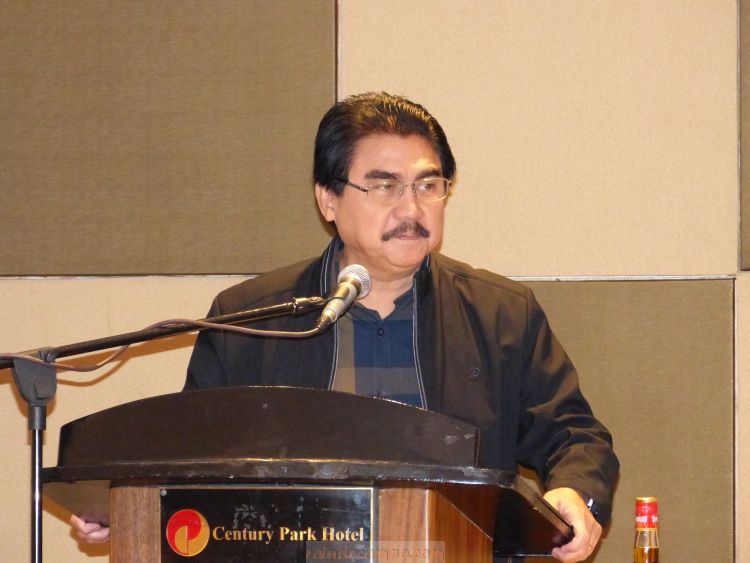 “We are honored to have the world’s number one rum as our partner in staging the first rum festival in the Philippines. This festival is being done to celebrate the humble sugarcane. The celebration also highlights Filipino excellence in different fields – from culinary arts to music and dance,” said Bacolod City Mayor Evelio Leonardia in a written statement.

Bacolod Councilor Em Ang said that almost all of the activities of the 5-day Bacolod Rum Festival will be hosted at the Government Center Grounds. Tanduay will also be bringing to Bacolod celebrity guests, international chefs and we’re guessing that Tanduay 2019 Calendar Girl Bela Padilla is going to be there as well. 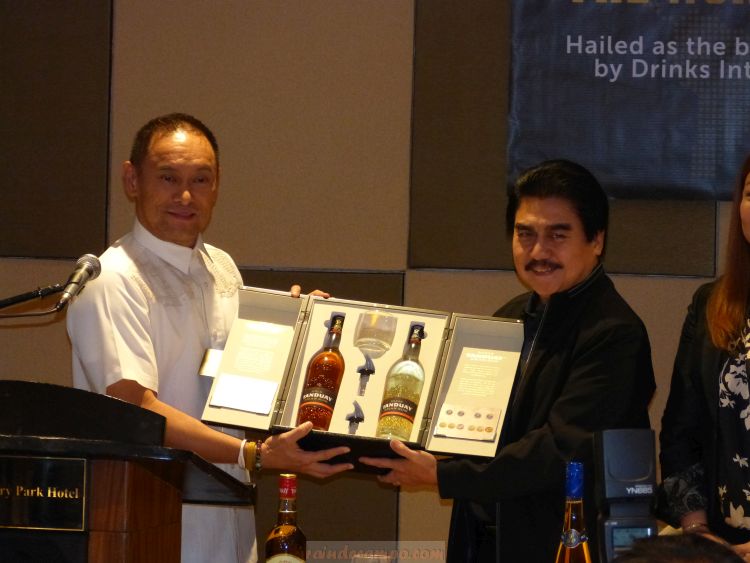 Tanduay boast of its achievement of getting the number 1 rank for the world’s million-case spirits brand for the 2nd straight year.

Tan, under whose leadership saw the growth of Tanduay as a global brand, said: 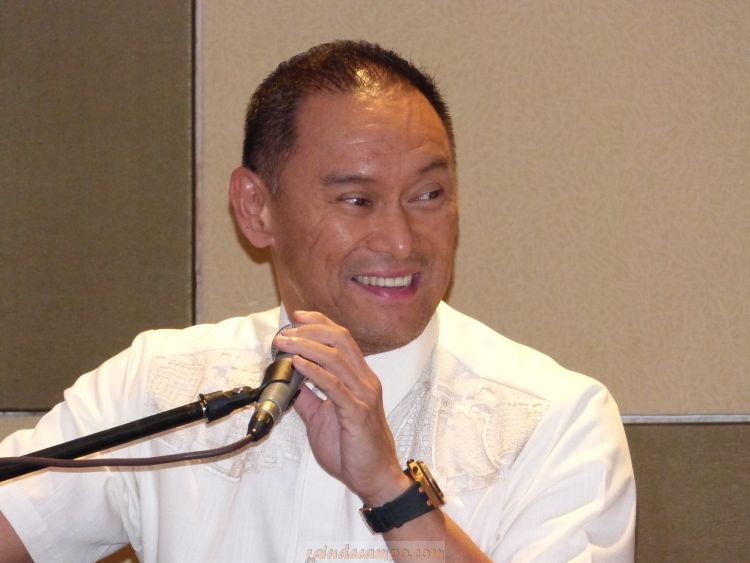 “Our people rose to the challenge and worked even harder. Exports expanded as far as the US, Europe, and Asia. We have also embarked on high profile marketing initiatives. Today we are reaping the fruits of our hard work. We have once again maintained our stature as the world’s number one rum.”

Tanduay also takes pride of its steady growth by 8% this year attributed to the 67% huge increase in market shares in Visayas and Mindanao despite the challenges faced by the company because of the continuous increase in excise taxes imposed by the government on all distilled spirits.

Tanduay CFO Nestor Mendones said that further increases in excise tax poses a big problem to Tanduay as it may attract huge global players to export their spirits here in the country.

LTGC Head of Distillers Operations Gerry Tee highlighted in his speech some of the secret advocacies of COO Bong Tan like the rehabilitation of the mangroves of Boracay, a 2,400 hectare rubber tree plantation in Cagayan with roughly 500 trees per hectare and assistance to the sugar planters of Batangas.

Through its Tanduay Athletics program, the company is committed to support grassroot sports development by organizing mini leagues like the Inter-town Batangas Basketball Tournament. 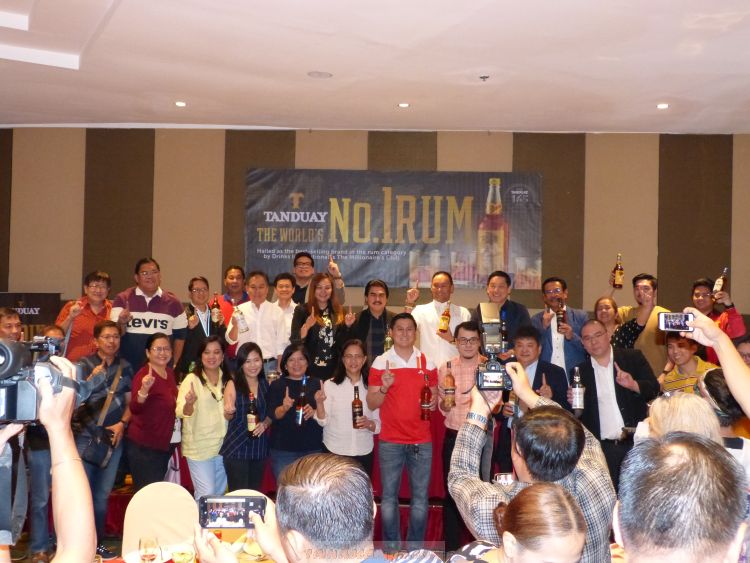 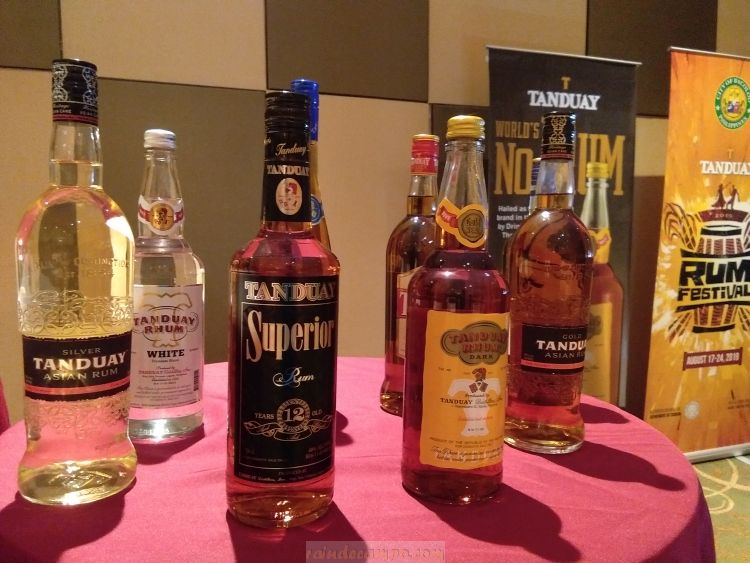