by raindeocampo 3 years ago3 years ago
409views
0

Education is the great leveler. We should invest in education. Put people in Government with the right education and with moral integrity.

This is the core message imparted by Prof. Winifred Ballada, the chairman and 1st nominee of the ASEAN Party List vying for a seat in congress in the upcoming 2019 Philippine election. 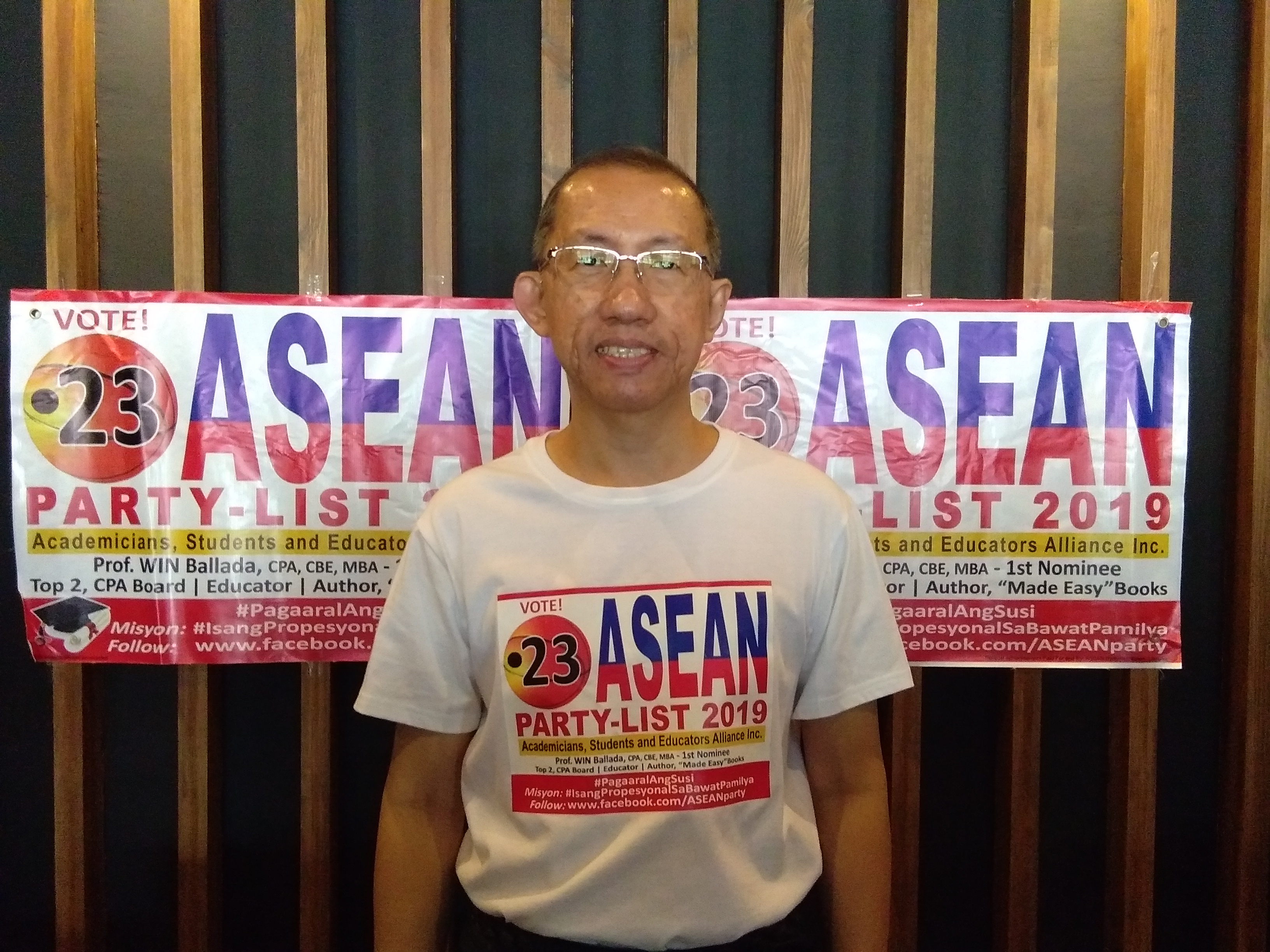 The Academicians, Students and Educators Alliance Inc. or ASEAN was established in 2010 as a sectoral party representing the youth (students or out-of-school) and professionals, educators as well as parents, OFWs, who send or intend to send their children to school.

According to the ASEAN Party List group, less than 11% of the population have college degrees. Based in current studies, half of those who are college elligible students are not in school.

The Philippines is also investing only 3.4% of GDP for education which is way below the 6% UNESCO benchmark.

Just some of the basic issues highlighted by Prof. Win Ballada in an intimate forum with bloggers to introduce the ASEAN Party List.

Ballada is a popular educator and author of the popular “Made Easy” books. 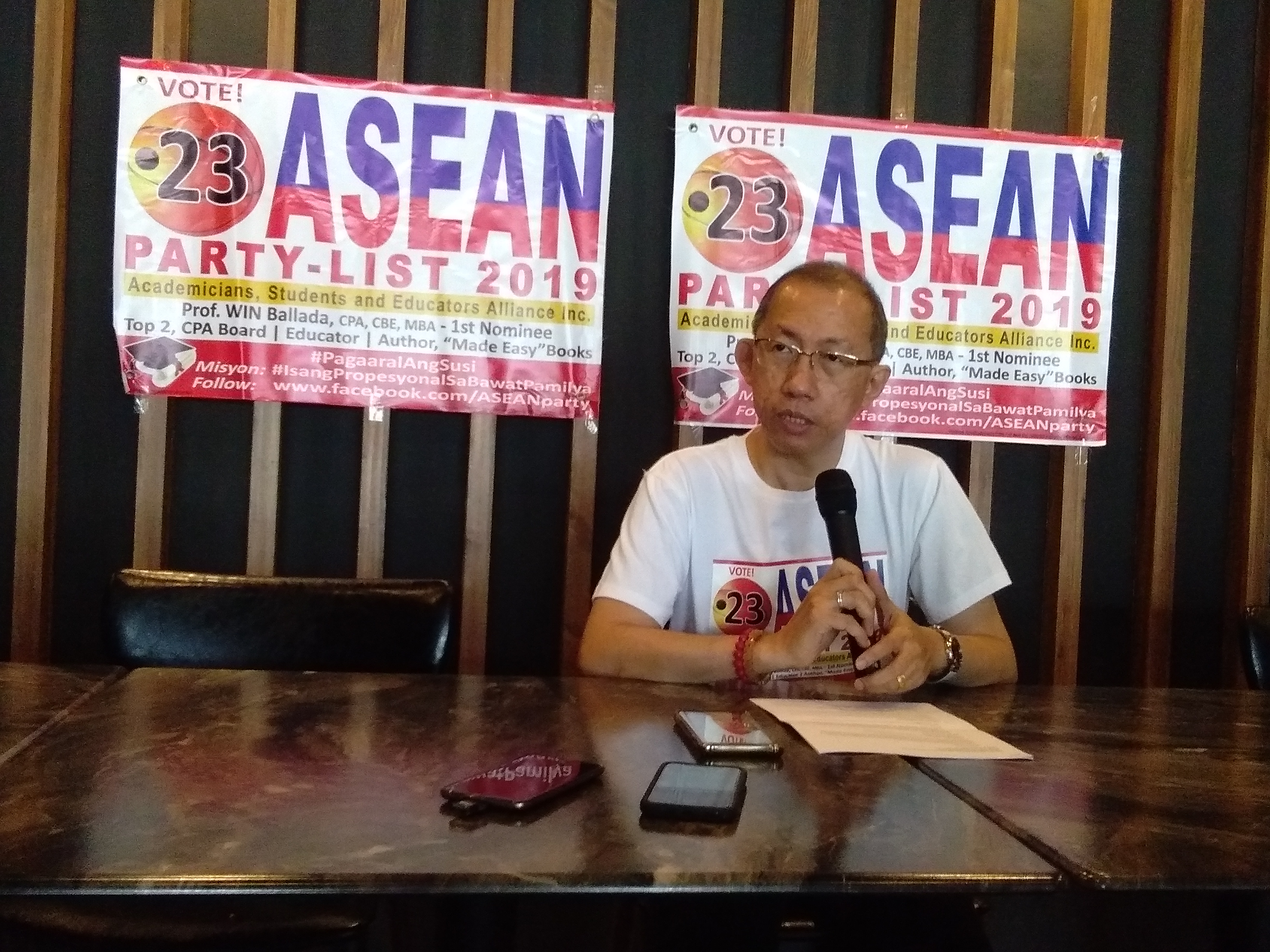 Addressing mostly the welfare of the youth, professionals and OFWs, ASEAN if given a seat in the congress plans to identify first students from the poorest of the poor families in the Philippines and give priority college enrollment to state universities.

The main goal is to give families with at least one professional. This will give more chances for poor families to bring themselves out of poverty.

Here are some of the proposed projects and legislations that they plan to push in the congress:

ASEAN Party List also plans to look at the ammendment of existing laws such as:

Prof. Win Ballada said that all the ASEAN Party List nominees are in the academe and that unlike many of the Party List groups we have now, theirs is not tied to a dynasty or backed by big businesses.

“We live and breathe education,” Ballada said. “We are worth your trust and we wont fail you. Pangalan namin yun ang pinang-hahawakan namin. My currency is my reputation.”