In NCR alone, it was estimated that around 70,000 motorcycle riders rode last Sunday morning from Whiteplains to the Senate Building to show their outrage against the law which they described as unconstitutional, discriminatory and oppressive.

It was the biggest unity ride ever as it paralyzed portions of EDSA from as early as 9 in the morning until 10. 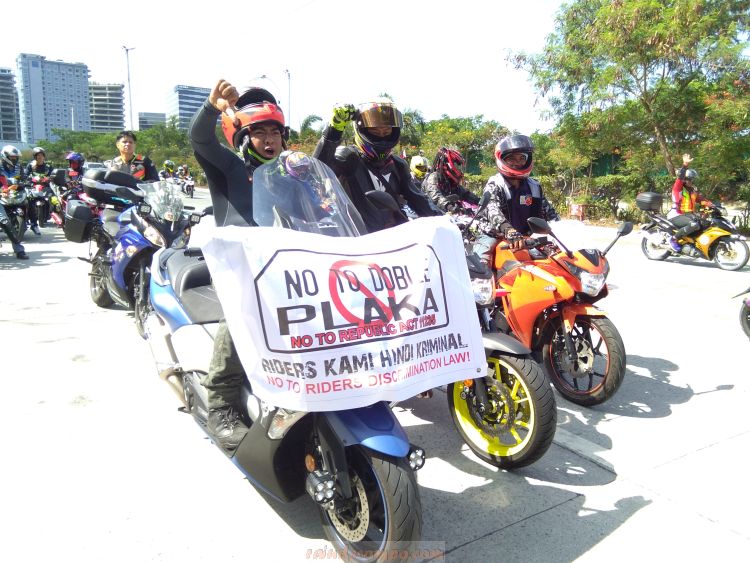 Authored by Senators Richard Gordon and Vicente Sotto III and signed into law by President Rodrigo Duterte last week, RA 11235 is also tagged by the different motorcycle riders groups as anti-poor and designed with the purpose of ridding streets of motorcycles.

The Motorcycle Crime Prevention Act of 2017 (RA 11235) aims to address the rising number of crimes perpetrated by motorcycle-riding gunmen, particularly these riding in tandem by making their two-wheeled vehicles more easily identifiable. The law thus mandates the Land Transportation Office (LTO) to issue bigger reflectorized license plates which must be placed in both front and rear parts of the motorcycle. The plate numbers should be big enough to be readable even from 12 to 15 meters away.

During the press conference attended by various riders associations and media outfits, leaders Jobert Bolanos (Motorcycle Rights Organization), Rod Cruz (Arangkada Riders Alliance) and George Royeca (Angkas Head of Regulatory and Public Affairs) elaborated the many flaws of the new law and why they are strongly opposing it. 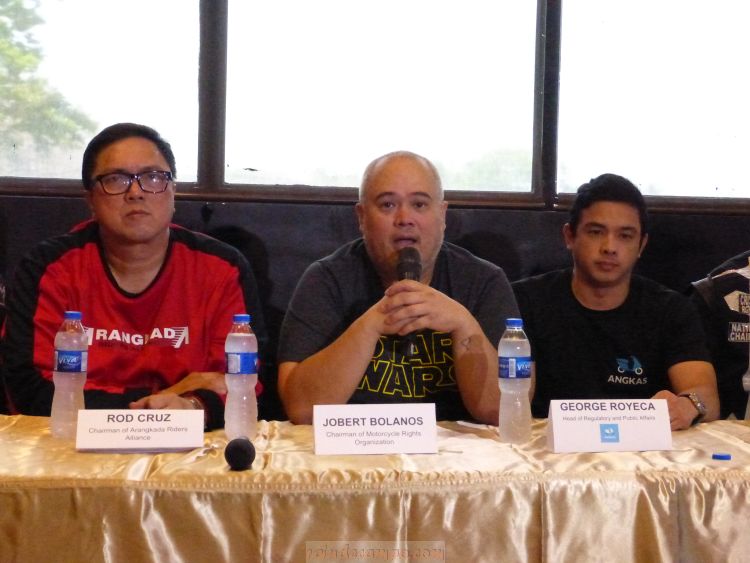 The motorcycle riders cited safety issues as their main concern over RA 11235. The front-mounted plate may become detached due to several factors including vibration, wind, or just simply the failure of the material to hold the plate.

This poses a big risk to both the motorcycle rider and the pillion, as well as to pedestrians and other road users.

“Safety is of paramount importance to Angkas. That is why we do not agree with the provision requiring the installing of big metal plates at the front of motorcycles,” noted Angkas Head of Regulatory and Public Affairs George Royeca, whose Angkas rider-partners came in the thousands to join the Unity Ride. “I hope they can find a safer alternative that will not compromise the safety of the riders and the passengers,” he added. 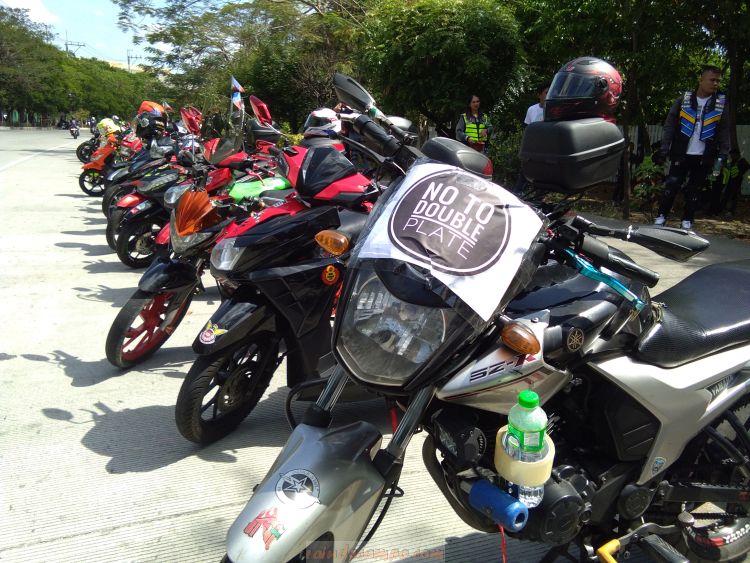 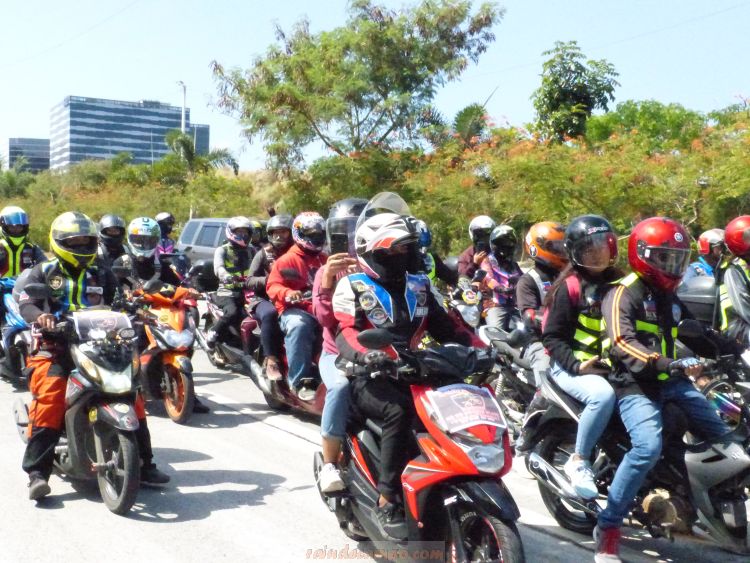 The riders association said during the event that they are not criminals – “don’t treat us like criminals.”

The authors of the law were earlier quoted as saying that by increasing the size and visibility of the motorcycle plates to be able to read the plate numbers from a distance, witnesses and law enforcement agencies are aided in the identification of motorcycle riders who are involved in accidents or criminal activities.

However riders group said that motorcycle-riding criminals would still be able to commit crimes by simply taking off the license plates, as the criminals have always been doing, or simply using fake license plates to mislead authorities.

“Motorcycle riders have been hampered by several ordinances and laws that sometimes we think that we are being outcast in our own society,” Rod Cruz, chairman of the Arangkada Riders Alliance, stated. “RA11235 is by far the worst law of all so you cannot blame us for doing this nationwide call for fairness and equality. Please do not treat us like criminals.”

The double plate law will never be a deterrent to crime. The most effective ways to preventing crime, they suggested, is to increase the number of police enforcers in the streets and equipped them all with motorcycles – the groups can offer training, if needed.

The groups also stressed that instead of alienating motorcycle riders when it comes to crime prevention, use them as an ally for reporting, surveillance and as a first-response team. 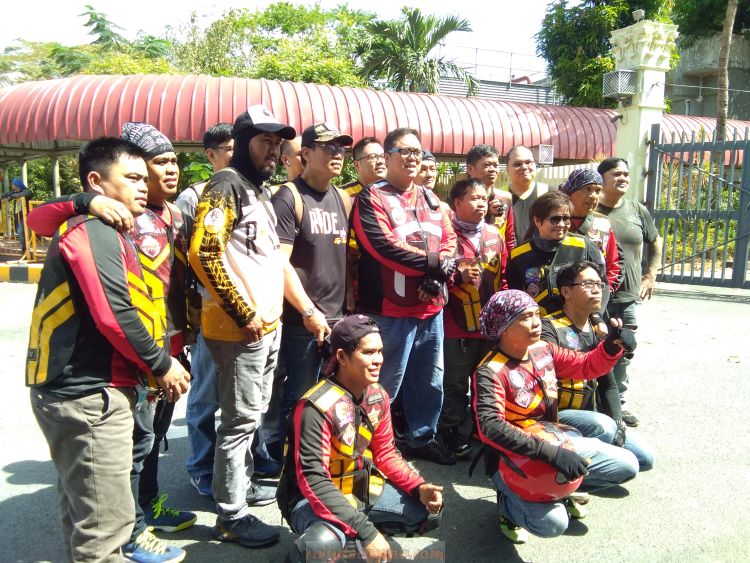 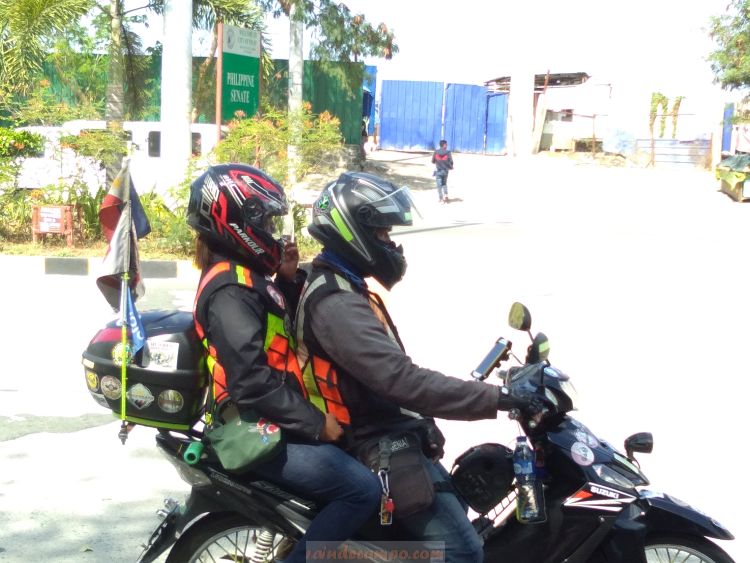 Gordon was quoted as saying that the motorcycle riding community were consulted in making the law, to which Jobert Bolanos of MRO said that the statement of the senator is a blatant lie. No consultation happened because if there was, the front plate would never be considered.

“Old and new motorcycles don’t have the provisions for a front-mounted plate. Adding a bracket outside of factory specifications will surely pose a big risk for the riders, their passenger, and even the pedestrians,” stressed Jobert Bolaños. “And not all motorcycles have the same front design that can accommodate stickers or decals which takes away uniformity. And without uniformity, there is subjectivity,” Bolaños added.

Bolanos also added that the double plate law plus the huge 50,000 Pesos fine or jail option will just be another chance for corrupt law enforcers to use motorcycle riders as cash cows on the street. 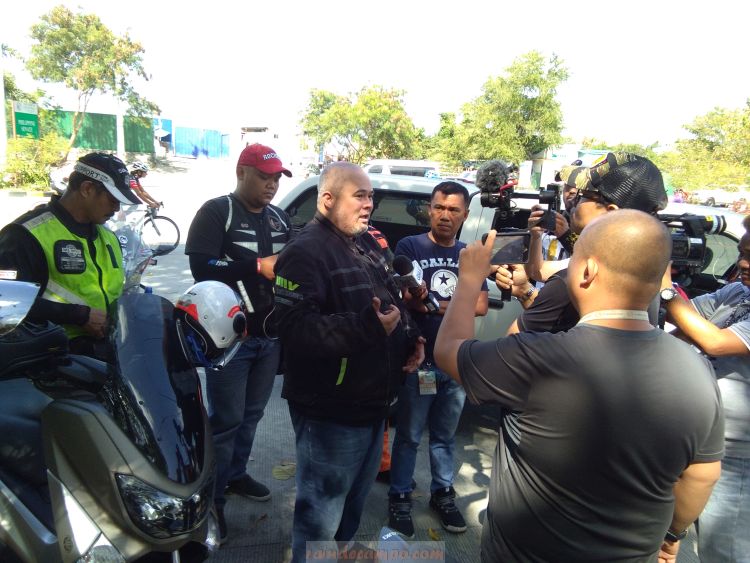 A more acceptable alternative to the riders would be LTO’s suggestion of using RFID stickers instead, however the law clearly states that it’s going to be a plate that’s visible 12 to 15 meters away. How LTO can more around that law is anybody’s guess.

But for now the riders groups sees only one solution – to take the principle authors of the law to court if they don’t decide to amend it. They promised that they already have enough legal ammunition to back their claims that the law is unconstitutional, discriminatory and oppressive.

“This piece of legislation is discriminatory, considering that most motorcycle riders belong to the masses and they are not only tagged as criminals, they are made to suffer the consequences for things they didn’t do,” Bolaños stressed. “This law is both oppressive and anti-poor.” 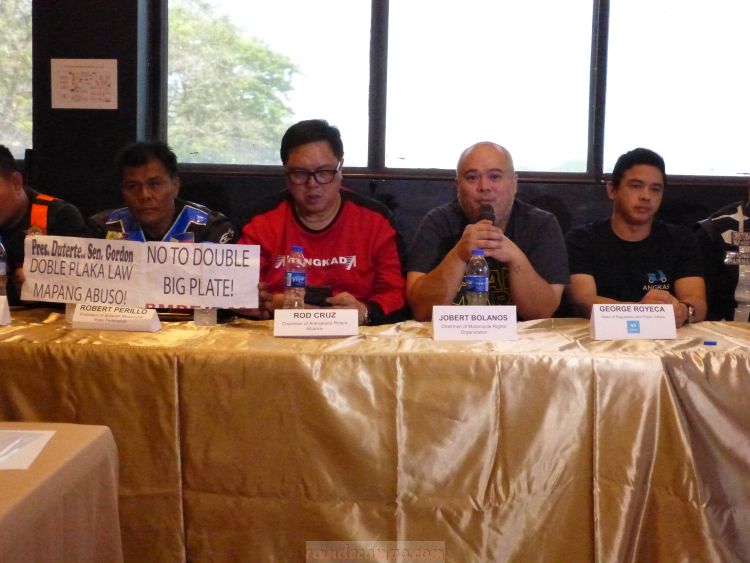