by raindeocampo 2 years ago2 years ago
409views
0

DAIKIN Philippines is celebrating their 10th year anniversary this 2019 armed with a renewed commitment to educate Filipinos about the benefits of having a split or multi-split type air conditioning unit in homes and offices compared to the more popular window-type that many are used to.

In a media event held at the Marriott Hotel last Thursday, DAIKIN unveiled its newest and most energy efficient air conditioning product lines that they believe could usher in the “inverterization” of the Philippines and place the brand among the top performers in the country. 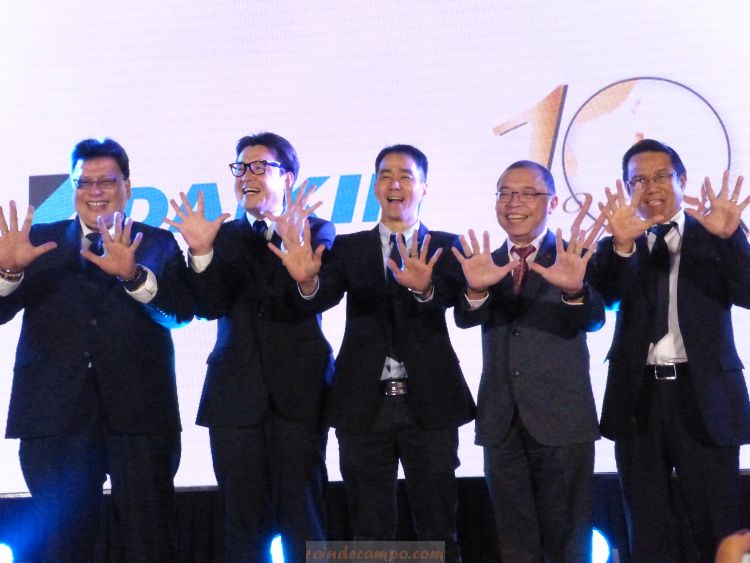 DAIKIN as a company was founded in Japan in the late 1920s and is credited as the inventor of the VRV or the Variable Refrigerant Volume system also known as Variable Refrigerant Flow (VRF) a technology widely used in HVAC (Heating, Ventilation and Air Conditioning). And in 1969, they developed the world’s first multi-split air conditioning system.

President Lee Wai Kok in his opening remarks mentioned some of the milestone activities of Daikin Philippines in 2018 and their key priorities for 2019.

First unveiled to the media is its Super Multi-S series for residential application.

The Super Multi-S is a single condensing unit that allows connection of up to 3 indoor units compared to the conventional single-split units. Though the Multi Split technology has existed for a while now, it is not suitable for the current Philippine market because most Multi-Split systems are designed or optimized to connect to up to 5 indoor units, which is just not possible given the current condominiums development trends. Thus, making the Super Multi-S perfect for smaller spaces and applications that fit the typical working-class Filipino, wherein 20 sqm. spaces are now considered a 1-BR unit.

With this product’s compact design and low power output, it is not a chore to install and be energy efficient, therefore giving the user all the benefits of an Inverter Split-Type Air Conditioner at a bargain. It is truly luxury at a great value.

Also, to be launched is Daikin’s brand new premium Inverter, the FTKM. With the latest features that’s includes a sleek and stylish Coanda Panel Design that gives you the best air-conditioning experience. The powerful air draft does not fall on your head directly, but it is steered upward letting air circulate into the corners of the room creating a comfortable ambience. The FTKM aims to be most efficient Air Conditioner available in the market and be the mother of all 5-Star Energy Efficient Residential Air Conditioners. 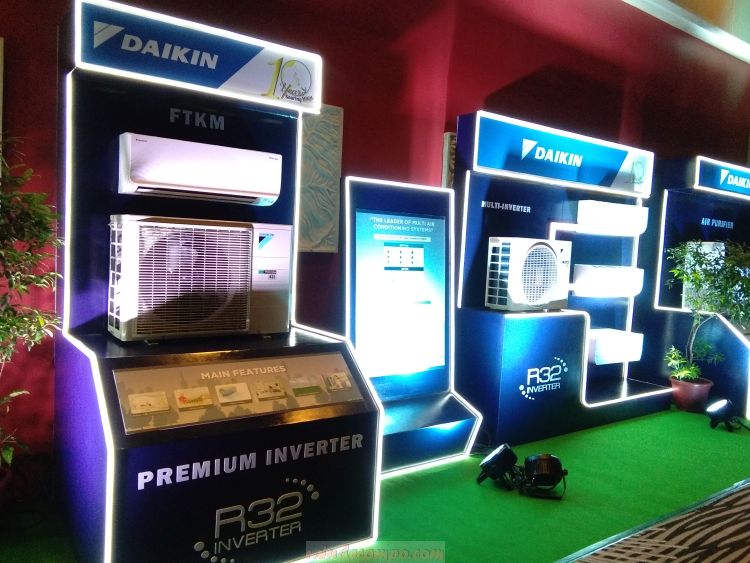 Daikin’s New Large Floor Standing model is the latest addition to its extensive line of Packaged Air Conditioners. With a larger capacity and superior performance, this unit aims to be the go-to product for the market in terms of various applications such as factories, airports, and of the like.

Enhancements To The VRV

This year will also be another unveiling of Daikin’s continued innovation and improvement to its flagship product, the VRV. With the New Anti-Corrosion model, Daikin will be providing a solution to the longstanding problem that projects located in reclamation areas face. The unit features the use of a remarkably superior corrosion-resistant hot-dip Zinc-Aluminum-Magnesium (ZAM) alloy coated steel sheet product, which is 10-20 times better than hot dip zinc coated steel sheets which will enable the end users to protect their investment as well as get the best out it. 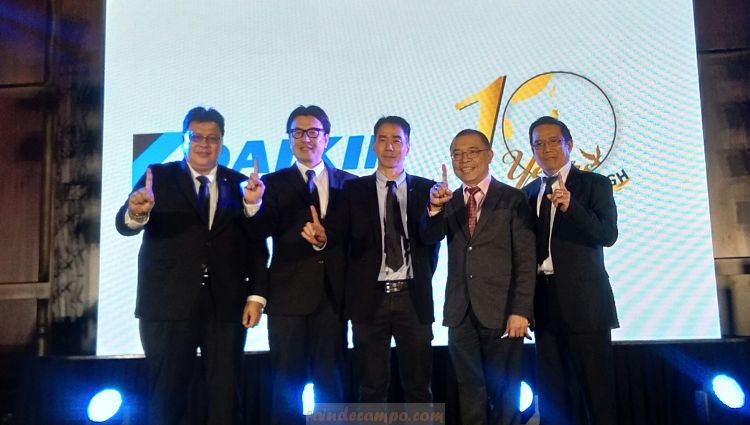 Air conditioning is more than just the basic concept of heating and cooling as it can be further defined by improving the quality of the air to not just make the surrounding comfortable but maintain its livability as well.

In the residential market, Daikin has released a full range of Air Purifiers to help families in reducing the risks of illness such as asthma. While for the commercial market, Daikin has developed products that is capable of inducing fresh air that is essential to attaining the best conditions for the people occupying the space.

The media event was hosted by Gino Quillamor.