The highly-anticipated superhero film from Marvel Studios is crash-landing to the Philippines, and SM Cinema is giving Filipino moviegoers another reel-to-real adventure as the country’s largest film exhibitor brings fans the Captain Marvel experience all the way from Singapore.

To kick off the celebration of the film’s arrival in the country, SM Cinema held the Captain Marvel Quiz Night on February 9 at the SM Aura Premier Sky Park where they gathered 10 pairs of the biggest Marvel fans from all over Metro Manila where they battled for the ultimate prize: tickets for two to Singapore for the Captain Marvel Fan Event at Marina Bay Sands on February 14. 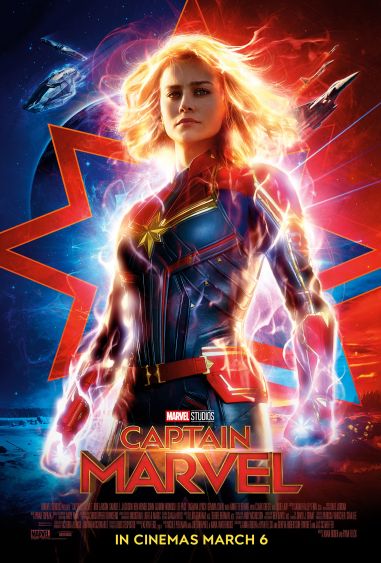 SM Cinema is Walt Disney Company Philippines’ only exhibitor partner who will be bringing the Captain Marvel experience straight from the Captain Marvel Fan Event in Singapore to the Philippines with TV and radio host Joyce Pring through blow-by-blow updates on facebook.com/SMCinema and instagram.com/SM_Cinema and one-on-one interviews with Brie Larson, Samuel L. Jackson, Gemma Chan, and directors Anna Boden and Ryan Fleck.

Fans will also get a chance to participate in the fan event by sending in their questions on Twitter using the hashtag #CaptainMarvelAtSMCinema.

Catch Marvel Studios’ Captain Marvel on March 6 at SM Cinema nationwide. Skip the lines and get the best seats in the house by booking your tickets through the website, www.smcinema.com, or downloading the SM Cinema App.