Ralph Breaks The Internet and IMAX at SM Cinema Too

BREAK THE INTERNET – ever heard of that expression? What it means is that somebody or something that causes a commotion online and has got netizens talking it. Now ever heard of anyone actually “breaking” the internet, literally? Do you know Wreck-It-Ralph?

This November, IMAX at SM Cinema will transport you to the Internet world as Wreck-It-Ralph and Vanellope von Schweetz return for more adventure in Disney’s Ralph Breaks the Internet! 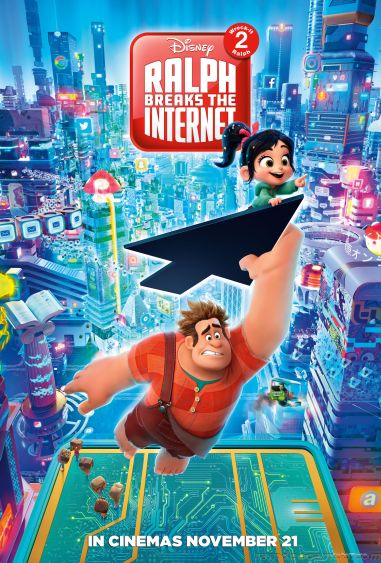 Set six years after Ralph and Vanellope saved the arcade from Turbo’s vengeance, the Sugar Rush game was unplugged as the steering wheel controller breaks. During the shutdown, the residents of Sugar Rush were evacuated to other games while Ralph and Vanellope then discover a newly-installed Wi-Fi router in Mr. Litwak’s arcade. Due to curiosity on what the Wi-Fi router has to offer and in hope of looking for a steering wheel replacement, the two were instantly transported in the world of Internet. Will Ralph and Vanellope find success in the Internet and save Sugar Rush? Join them as the two encounter new cultures, worlds, and iconic characters from Disney, The Muppets, Star Wars, Marvel Comics and Pixar!