Khalil Ramos and December Avenue Next on Coke Studio Season...

Behind any great song is a great story, and the mad skills to be able to express that story powerfully and differently. In Khalil Ramos and December Avenue’s lyrics lies a core of emotional openness, a rare and real vulnerability.

December Avenue is a band that has become known for strong melodies with lyrics that really hit you in the heart; it has taken them a decade to break from the under the radar musical scene to breaking to the more established roster of OPM bands.

Khalil Ramos first burst onto the scene when he won second place in the ABS CBN reality show Pilipinas Got Talent.  From being a recording talent, he crossed over to teleseryes, mainstream and indie movies, but in his heart, he never really let go of music. As an artist, music was his first passion, his first love, his first home. 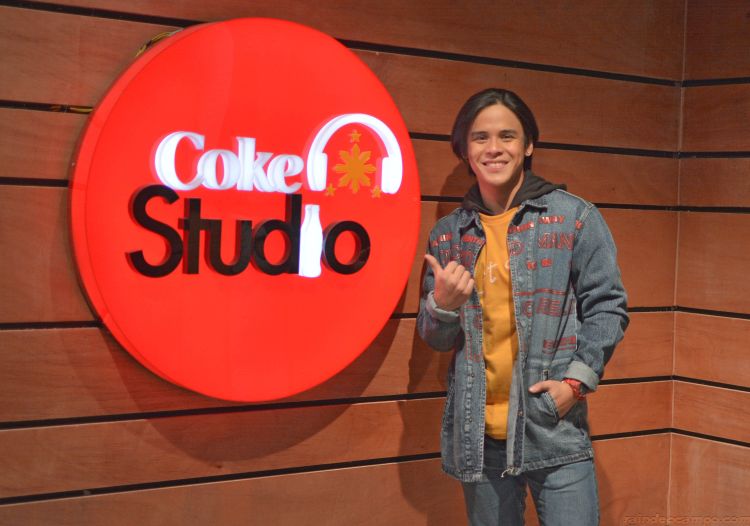 It may seem like an unlikely pairing, the gritty indie band slogging it out at gig after gig and the reality star who was able to build on overnight success,  but from the minute they met, the collaboration was seamless.

His bandmates Jem Manuel (on lead guitar), Don Gregorio (on bass) and Jet Danao (on drums) nod in agreement.

“Khalil told us that the music he really loves is more of the rock, and grunge-y, and so he was just going back to what he really loved. And even if this was the first time we had ever collaborated with a male performer, which might sound strange at first because we like our songs to have a story, there was  a deep level of commitment on both sides.”

On Khalil’s part, he admits,

“Even if I know about their band and their songs, I had no idea that they have already been on the scene for about 10 years.  I could relate to that feeling because when I  decided to start acting after my start as a singer, it also took a few years for me to be accepted as an actor.  So we bonded on that, because it’s really not fast or easy.”

“I’ve always been a big fan of OPM and the local band scene.  In fact, I was at a magazine party and the entertainment was really good young bands and it made me decide that I would really return to music and live performing.  It was always inside of me even if I’ve been doing more acting but I even met with my management to brainstorm that now, I wanted to do more in music.”

Zel admits watching the first season of Coke Studio and thinking, with a little bit of envy, that he also wanted December Avenue to be a part of it.

“So when they told us that we would be a part of it, I was surprised and overwhelmed, even if it was something that I had secretly wished for.”

Jem’s whole attitude to the whole spirit of collaboration was:

“Just be open.” ZEL says, “Even if Khalil is younger than us, it was actually a very easy process.”  ZEL sums it up, “Good vibes.”  Don affirms, “Parang tropa.”

And ZEL finds that the reason is simple.

“He was just coming home to his passion. Music. We could sense the same deep level of commitment from Khalil. If you have love for the craft, love for the science, and express yourself musically, a lot of people will get the message.  You’ve just got to be hopeful.”

For his part, Khalil says,

“I was giving everything.  I’m not here to play around, but at the same time, I was also enjoying it all, keeping myself in line but exerting an effort.  We were coming from the same perspective that it was a challenge but let’s keep if free-flowing.  It was crazy but a super good experience, a reaffirmation of what I’ve been waiting for.”

“Inside of everyone is that certain softness, we have those emotions inside of us.  What we do is we tell that story.”

“It depends on how you use that energy, it can be an advantage, you can get to feel more.”

So whether you call it a first love or a passion, that is your truth, where your heart can finally sing its best and brightest song.  Of their song itself, Khalil says unreservedly,

Sometimes, home can be a place ; but it can also be meeting the right people at the right time, who can release all the very best in you.  When you have found a way home to your passion, then you can truly say that you’ve made it back home.

Taste the sounds of Pinoy music as Khalil Ramos and December Avenue collaborate for Coke Studio Season 2. Catch them on October 28, at 11:15 a.m. before ASAP on ABS-CBN or on www.youtube.com/CokeStudioPH