VICTOR MAGTANGGOL | Why “Hammer Man” is the ONLY Thing...

by raindeocampo 4 years ago4 years ago
2625views
0

When I told my kids that Alden Richards will play the role of a new Filipino superhero as “Hammer Man” in GMA Network’s VICTOR MAGTANGGOL – the two laughed like there was no tomorrow.

I am so glad that the title “Hammer Man” amuses them and I too saw it as a very silly name for a superhero – but after watching the pilot episode of Victor Magtanggol last Friday at Cinema 76 of Super Metro Mall Anonas – I am convinced, that the “name” is the ONLY thing silly about this series.

This series, if same production quality continues with the rest of the episodes, may in fact be one of Direk Dominic Zapata’s best project yet in the Fantaserye category. 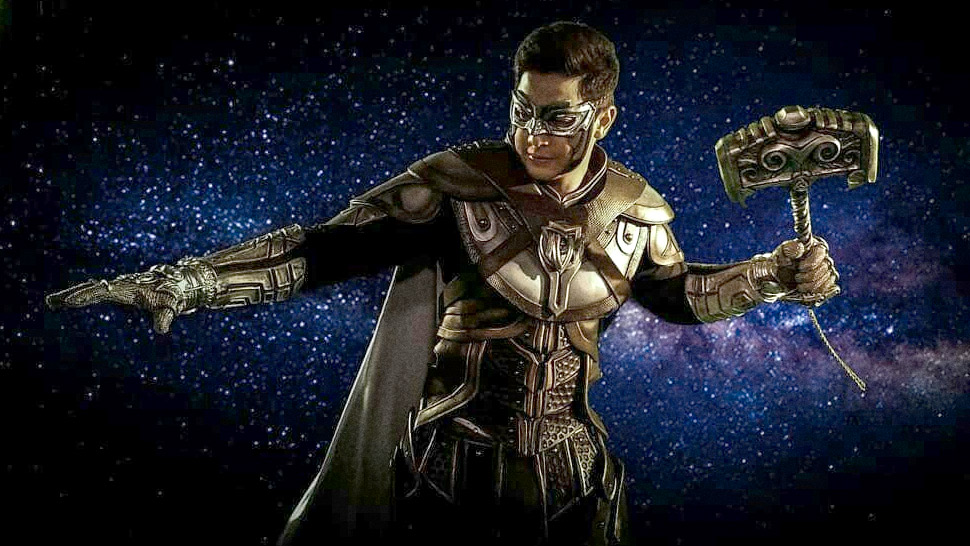 I had my biases before watching the pilot – I have seen the social media comments about these series. While I am not deeply offended with local series that copies popular franchises, I however see it as something that diminishes the credibility and creative capabilities of local writers, talents and TV production people. And you can’t really blame pop culture fans to get offended when they see something that is really identical to shows that they really love and see the copycat as just a rubbish money-making scheme with low production quality.

GMA Network in particular have been criticized in their previous shows such as Alyas Robinhood which netizens attributed to be as a copycat of “Arrow” while The Cure on the other hand was seen as something similar to “The Walking Dead” – and naturally, if you create a Pinoy superhero that wields the power of the Mjolnir (Thor’s hammer) you’d think that this is going to be a rip-off of Marvel’s Thor and the Avengers franchise.

At first look it is, but after watching the pilot episode – I believe that the story deserves a chance to be seen. I was really surprised, because while I did not enjoy the graphics so much (but it was an improvement from their past CGI rendering) I thought that the plot was actually pretty interesting and ORIGINAL. You heard me right, it’s an original concept and so credits to the writers of this series.

Here are some of the things I learned about the series after watching the pilot episode:

VICTOR MAGTANGGOL tells the story of Victor who will later be chosen as the one person to inherit the powerful hammer of Thor and the gauntlet that controls it to help protect Midgard (Earth) from the evil forces of Loki – the God of Mischief.

Here are the cast:

I hope that they use “Hammer Man” sparingly in the series because my kids will not stop laughing – but like I said, that is the only thing that’s laughable about this series. The rest will be about Alden and the casts’ wonderful performance!

Maybe people should give this a chance, Direk Dominic Zapata is a very capable director – let’s all see how this story unfolds. We all know that it’s not going to rival big budgeted US series anyway – so let’s see if the story and acting has merits first before we give our verdict.

CATCH THE FIRST EPISODE TONIGHT (JULY 30) ON GMA TELEBABAD AND TELL ME WHAT YOU THINK.