What will you have if you mix four sexy kapuso hunks and a duo of super fun stand-up comedians in one concert – you’ll have a riot!

The heat will be on a different level on May 18 at the Music Museum as CCC Productions brings back to stage the sequel to the 2016 Oh, Boy! Concert that featured Rocco Nacino, Derrick Monasterio, Aljur Abrenica and Jake Vargas. But this time, they’ve added a little twist comedy in the production and renames the concert to Oh, BOY! O, LOL!

Rocco Nacino and Derrick Monasterio will be back with two new companions Jak Roberto and ONE UP’s Dave Bornea. Adding the LOL to the concert are the comedic tandem of Donita Nose and Super Tekla!

In a recent blogcon held at The Cave Tomas Morato, the cast led by Rocco, Derrick and Donita Nose announced that audience will get double the fun and excitement as they have prepared a couple of massive production numbers that will “blow them all away”. 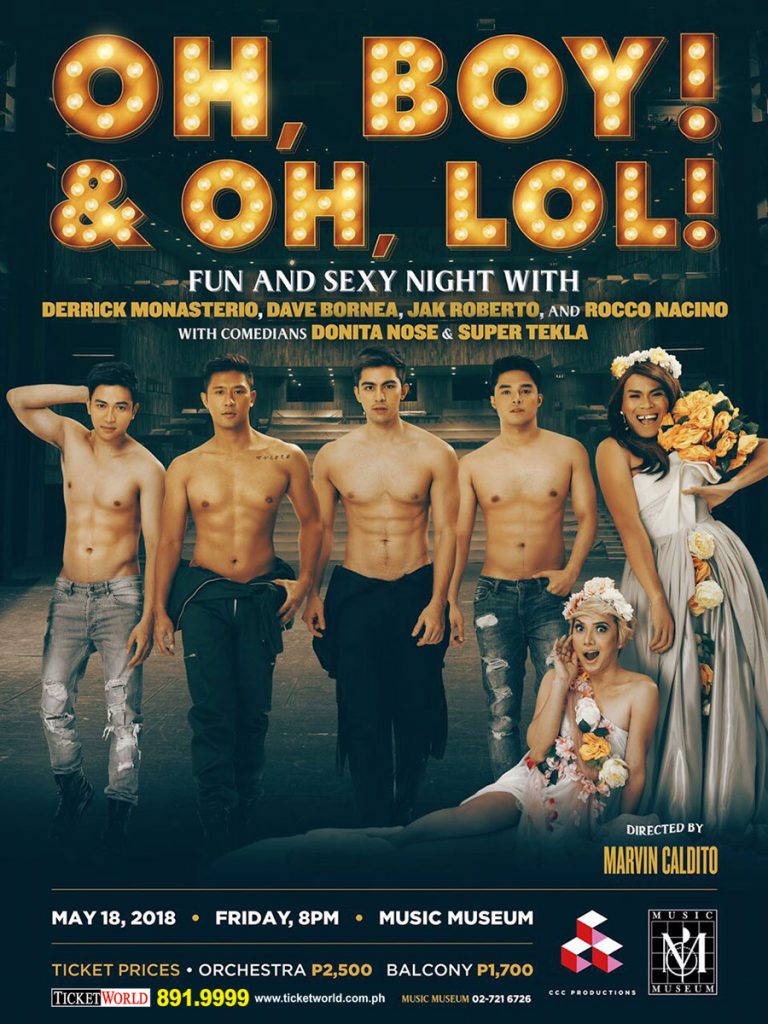 It’s going to be a night laughs and thrills, a feel-good concert that promises all those who will buy their tickets at ticketworld.com.ph a night to remember.

Also, since this is a one-night only event, there’s a great chance that we’ll see a lot of celebrities on the VIP seats watching the show with all the other guests. I am assuming (and 75% sure) that Barbie Forteza and volleyball player Melissa Gohing will be there to support the concert.