SKY SPEAKS | What I Liked Most About Kinky Boots...

KINKY BOOTS the Musical made a comeback to the Philippine stage last March 2nd after its very successful run last year. Topbilled by the extremely talented Nyoy Volante who played the role of the drag queen Lola in Atlantis Theatrical production.

The limited repeat run of Kinky Boots will end on the 18th of March – this coming Sunday.

My 14 year old daughter Kirsten Sky was able to watch the show during its opening night and since I have already watched and reviewed the show last year, I have asked her to write a short review about Kinky Boots and here’s what she said:

What I liked most about Kinky Boots The Musical? – Kirsten Sky on SKY SPEAKS 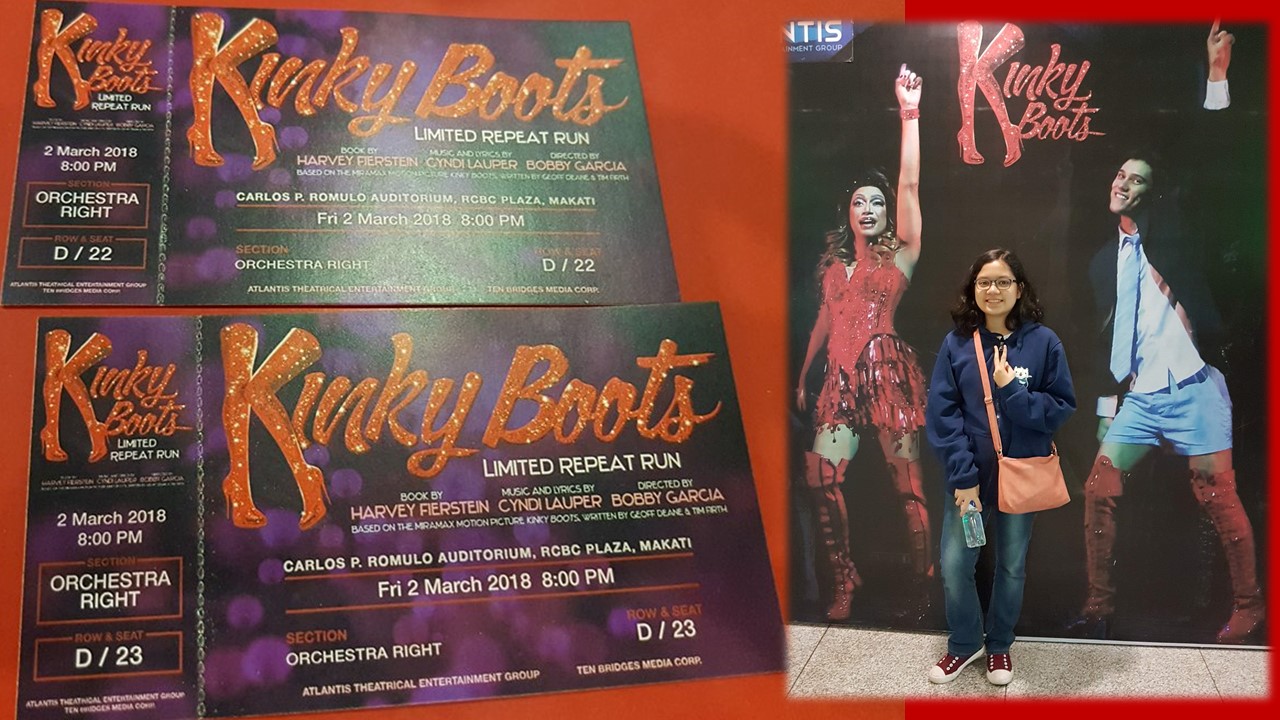 What did I like about Kinky Boots The Musical? – Everything!!!

By “everything” I meant the music, the costumes, the characters, the angels, the story, the comedy and the drama.

First off, my favoriite song in the musical is “Not My Father’s Son”  – I love how Simon and Charlie had a bonding moment through this number.

All the songs in the musical were beautifully written and I have memorized most of the songs already. My top favorite songs also includes “History of Wrong Guys” and “Land of Lola.”

My favorite character is of course “Lola.”  I just love how he (excuse me, SHE) always brings the stage to life every time she enters it. From her first appearance to the finale – I enjoyed every part of it.

After watching this musical, it has now earned the top spot to my Top 10 Stage Musicals ever – tied only with Hamilton. I am yet to watch “Chitty Chitty Bang Bang” which is also running concurrently with Kinky Boots on a different stage so here’s my list, so far:

KINKY BOOTS The Musical is now down to its last three days. Here are the remaining schedules: