by raindeocampo 5 years ago10 months ago
187views
0

For those who loves cheese on anything and even those that just want something really different for lunch – you’ll get a kick out of Taco Bell’s Cheesy Core Burrito! 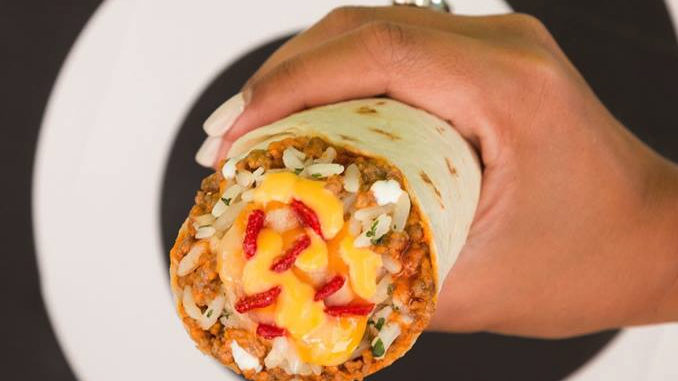 I must admit that I am not really a big fan of Burritos, it’s not much about the taste because I love whatever they’re putting in there but it’s in the manner by which it is eaten. Not so westernize as I thought I am because I still love my lunch served on a plate – the karenderia style! 🙂

Well anyway, my general idea about food is that if it has cheese on it.. then it must be good. Of course a dirty sock with cheese doesn’t count as food so reserve those clever remarks for some other time. 🙂

The word Burrito is a Mexican word that refers to a small donkey (as if a donkey can get even smaller) – well as for the Burrito dish, it is still of 19th century Mexican-American origin but the recipe has nothing to do with a chopped-up little donkey. So, don’t worry about that poor little burro okay?

Taco Bell’s Cheesy Core Burrito is the first burrito with a melted cheese center. Take a look at the photo below and see how deliciously looking that melted cheese is as I separate the burritos from each other.

Deeply satisfying I must say and it’s worth all the mess!

You can buy the Cheesy Core Burrito ala carte for only 139 Pesos or have it served with their irresistible Nachos and your favorite soda for only 179 Pesos!