by raindeocampo 8 years ago7 years ago
135views
0 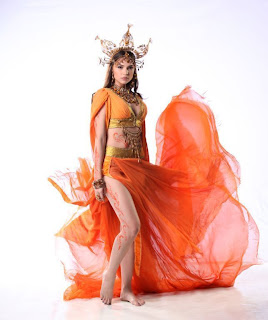 It’s no secret that Rhian Ramos and KC Montero are in a relationship and in fact, Rhian says they are still very much in love with each other.

After both of them broke free from their past controversial relationships, KC and Rhian are happy to be celebrating their first Valentine’s Day together as a couple this year.

Asked whether Rhian already has a gift in mind for her boyfriend, she teased that she is planning to give him “something he would love to wear.”

“Pinagiisipan ko pa but I think I am going to give him a clothing item. I’m not sure yet kasi hindi naman ako magaling na stylist for men (laughs). Pero from what I know kasi what men value is yung mga ties and cufflinks, belts and watches and stuff like that so I am thinking of something na masusuot niya,” said Rhian in an interview on the set of “Indio.”

Even when she was single, Rhian had always made Valentine’s Day special and she even had a different name for it.

“Hindi naman every Valentine’s ay may ka-Valentine’s ako. Usually kasi I have this group of friends na may panahon when the three of us were all single. Ginawa ko silang ka-Valentine’s ko and then we called the day ‘Rhian’s Friendship Day’. And then hanggang sa ‘yung isa nagka-girlfriend na, yung girl naman nagka-boyfriend niya, so may kanya-kanya na kaming Valentine’s Day,” she said.

“Single or not naging part talaga ng year ko ang Valentine’s Day. I always make an event of it. Sometimes, nung wala akong ka-Valentine’s, ginawa kong ibang event. If for the whole year nahiya ka to show how you really feel, it’s the one day na puwede kang magpaka-totoo and you can do something nice for people,” she continued.

“So far everything has been ‘ideal.’ Things are really looking out for me in so many different ways. Everything was so positive especially towards the end of the year (2012) but at the same time I was really very very busy. What I like about the start of 2013 is that sa ‘Indio’ lang talaga ako naka-focus so the other days I have time to spend with the people I love,” she explained.

Apart from her TV series, Rhian has already graced the covers of two magazines this year and has just finished her pictorial for an upcoming issue.

Although she is not allowed to divulge any detail of the upcoming magazine cover, which is coming out in March, she offered a “teaser” of what to expect.

Although Rhian is relatively “young” in the industry, she has successfully proven her versatility by portraying various types of characters in her previous TV shows and films. Is there anything more she has not yet done?

“Feeling ko yung kulang na lang sa akin ay yung masubukan yung medyo action. In all of the shows/projects that I do kasi, I always favored characters with a love angle. So if I can do an action-romance story, that would be an ‘ideal’ for me,” said the actress. 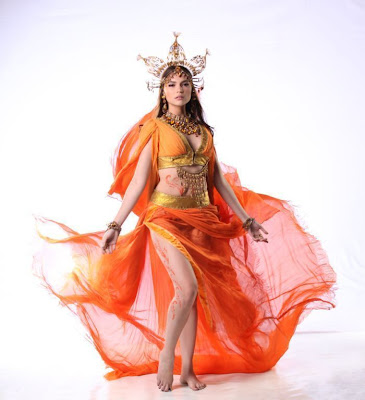 Despite very tough competition in the primetime block among the country’s major TV networks, Rhian is unfazed by the ratings game. Although she is happy that ‘Indio’ is performing well in the ratings, the numbers aren’t really her source of inspiration for doing her job well.

With her busy schedule, it must be tough to be Rhian Ramos. Does she plan to spend a much-deserved vacation after her “Indio”?

In “Indio,” Rhian plays the part of “Magayon,” the goddess of all flying creatures. Magayon camouflages herself as an eagle and she possesses the power to command all winged species. The goddess serves as Malaya/Simeon/Indio’s (Bong Revilla, Jr.) protector and the source of the lead character’s supernatural powers.