ANNE CURTIS Announces Second Concert on January 2014 plus a...

by raindeocampo 6 years ago6 years ago
15views
0
4 shares 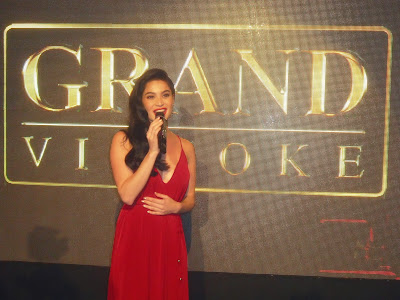 Actress-host ANNE CURTIS or Anne Curtis Smith announced last night during the launching of WOW Videoke’s newest product – GRAND VIDEOKE, that she will be going up on stage again for her 2nd and grander concert early next year.

ANNE CURTIS was selected by Wow Videoke as their new brand ambassador largely because she’s a pinoy global icon that best represents the love of Filipinos for music and singing.

Anne said during the interview that her concert is tentatively scheduled on January 2014 but did not reveal the venue yet.  She also announced that she will also be releasing a second studio album also next year.

The WOW Videoke Grand Videoke launch was held at the posh Amber Lounge The Fort BGC.

More stories about Anne, the launch and the new WOW GRAND VIDEOKE coming out on Friday at www.raindeocampo.com